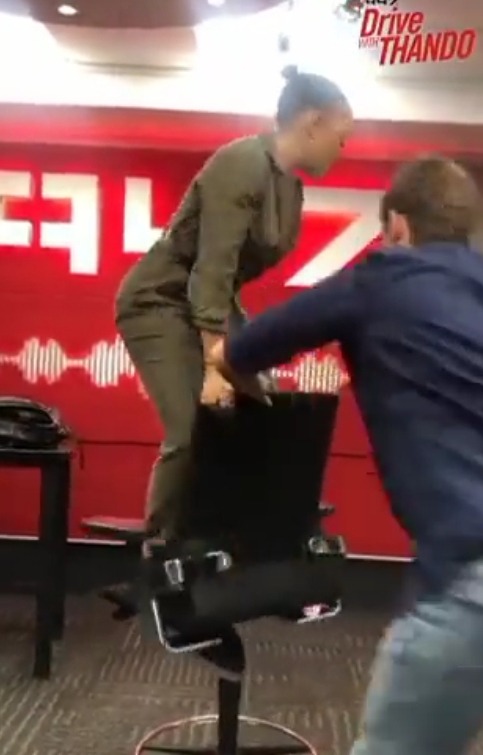 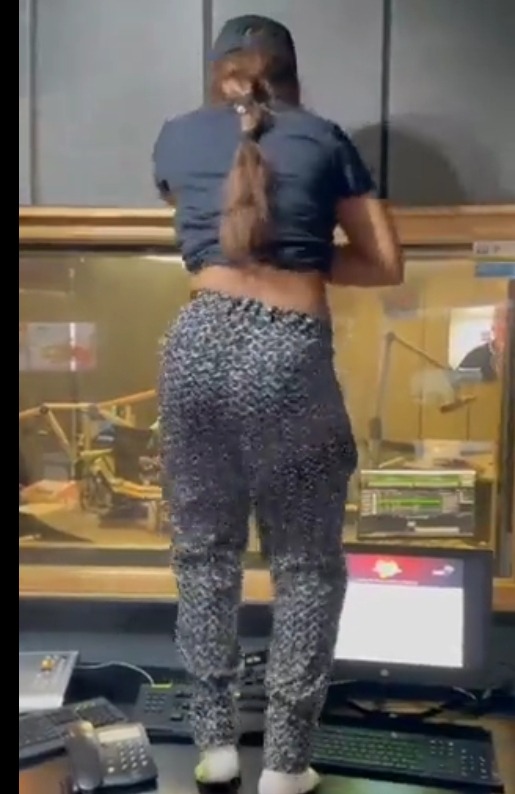 South african radio and tv personality turned DJ, Dineo Ranaka was allegedly suspended for misconduct yesterday after a video of the media personality made rounds on social media platforms.

In the 29- second video, Dineo can be seen dancing on office furniture inside the Metro fm studios. The video was shared by Dineo herself as an attempt to participate in a viral social media dance challenge called the Umlando dance challenge.

Shortly after the news of Dineo's suspension had made the rounds on social media platforms, 947 fm afternoon drive hostess Thando Thabethe broke the internet with her own high profile Umlando dance challenge video.

The video was filmed inside the 947 fm studios, where Thando with the help of a male colleague is seen dancing on office furniture just like Dineo.

Twitter users speculate that this was done in solidarity with media personality Dineo Ranaka as the two are friends.

Dineo was absent from the airways on teusday morning on her show called the Bridge ,which airs between 09:00 and 12:00 weekdays on metro fm.

The full details of her suspension are not yet known but her fans took to Twitter to share their support with the media personality and to let her know that they would be patiently waiting for her return.