Things have alarmingly turned ugly between IT girl Bonang Matheba and her former manager Davin Phillips.

Phillips has taken Matheba to court over tweet that the media personality posted.

Acting on Phillips’ instruction, the law firm sent the letter to Bonang on Thursday instructing her to retract and unconditionally apologise.

They also demanded that she makes an undertaking by no later than 2pm on Friday to refrain from making and publishing further slanderous remarks against him. 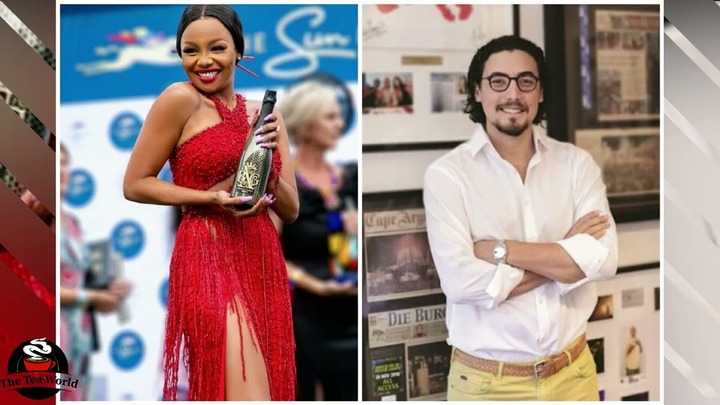 In the letter, the law firm said Bonang took to Twitter on Thursday and published a defamatory post against Phillips when she said she couldn’t wait to tell the public about him, and referred to him as a “monster”.

“Can’t wait to tell you guys about this monster @Davinphillips. On Your [email protected],” reads the post.

The lawyers said the statement was later deleted by unknown party but Bonang later republished it. 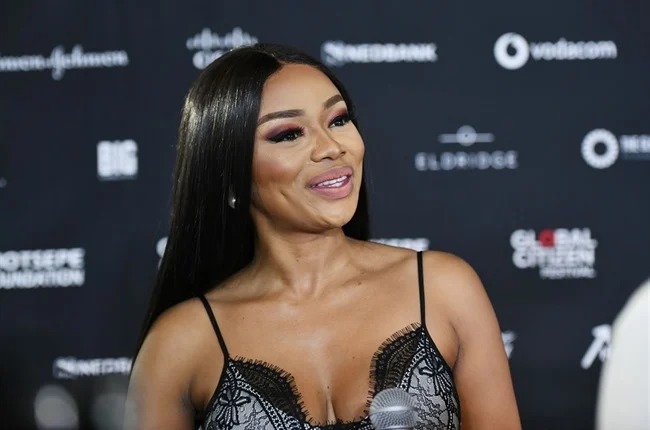 They said Bonang’s statements were wrongful and defamatory to Phillips and charged that she made them with the intention to defame him and injure his reputation.

They threatened to take further steps if she refused to comply.

The war between the two started when Bonang left Phillips’s company, CSA, after accusing Phillips of trying to steal her company House of BNG and of making off with $52,000 from iheart Radio where she worked. 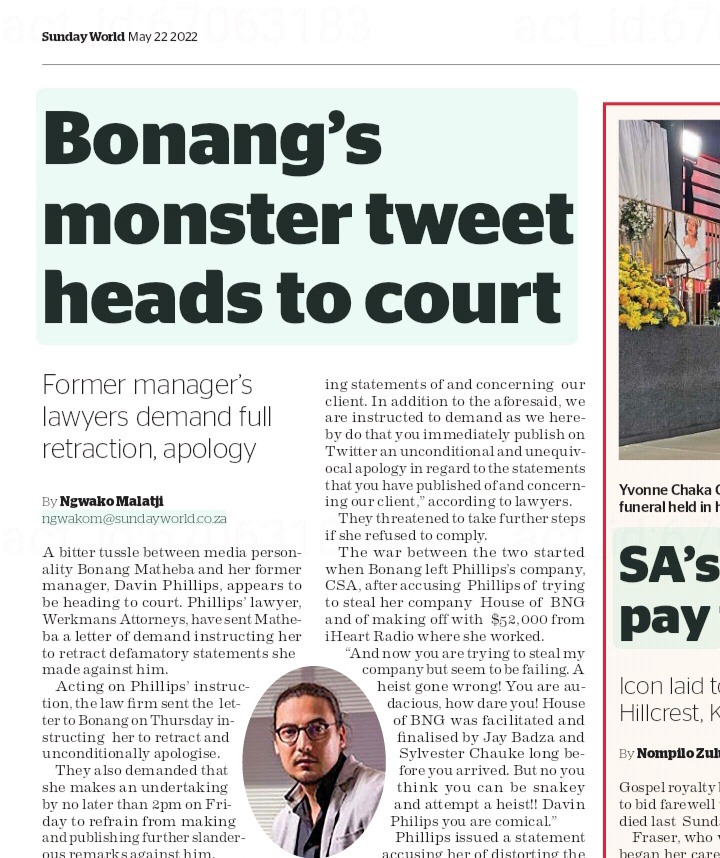