Breaking news| It backfires as the EFF hits hard

"Enoch Mgijima, an ANC Municipality in the Eastern Cape, has opened a stadium... This monstrosity cost R15 million to create, and they are proud of it. Because these people have no shame, the people of South Africa must vote them out of office. There are none! R15 million for this?" Floyd Shivambu https://twitter.com/FloydShivambu/status/1445044590357139456?s=20 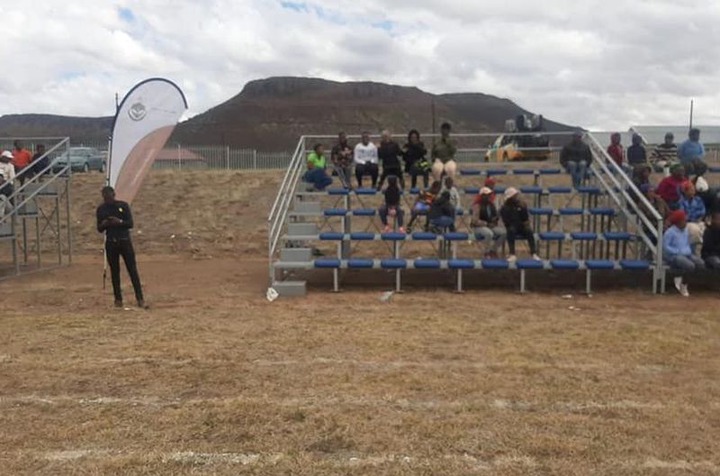 When it showers, it certainly floods. After the major unveiling of the Lesseyton Stadium on Monday, 4 October, the Enoch Mgijima Local Municipality was extensively chastised, before removing the social media post on Twitter and justifying its investment in the construction. The Economic Freedom Fighters (EFF) in the Eastern Cape now demands the municipality's administration be imprisoned on accusations of corruption.

The Enoch Mgijima Municipality claimed it regrets the way the Lesseyton Sports Complex was first introduced on social media because of its "limited information" in an effort to "put the tone for the rest." The municipality justified the project's cost by presenting a summary of all the ostensibly completed work, such as fence and rock blasting extraction, without specifying how much was cost on each component. The EFF highlighted out that the municipality has always been in trouble financially, and that the Auditor General had sounded the Public Finance and Financial Controls Act (PFMA) and the breakdown of the alert about the municipality's misuse of funds in the Enoch Mgijima Municipality. 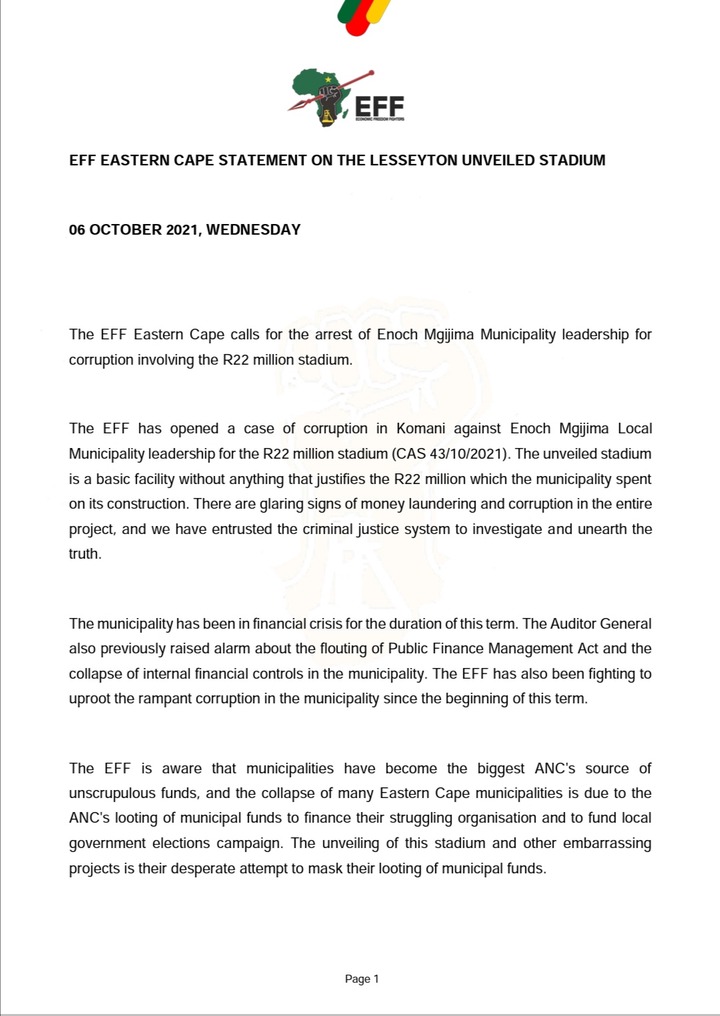 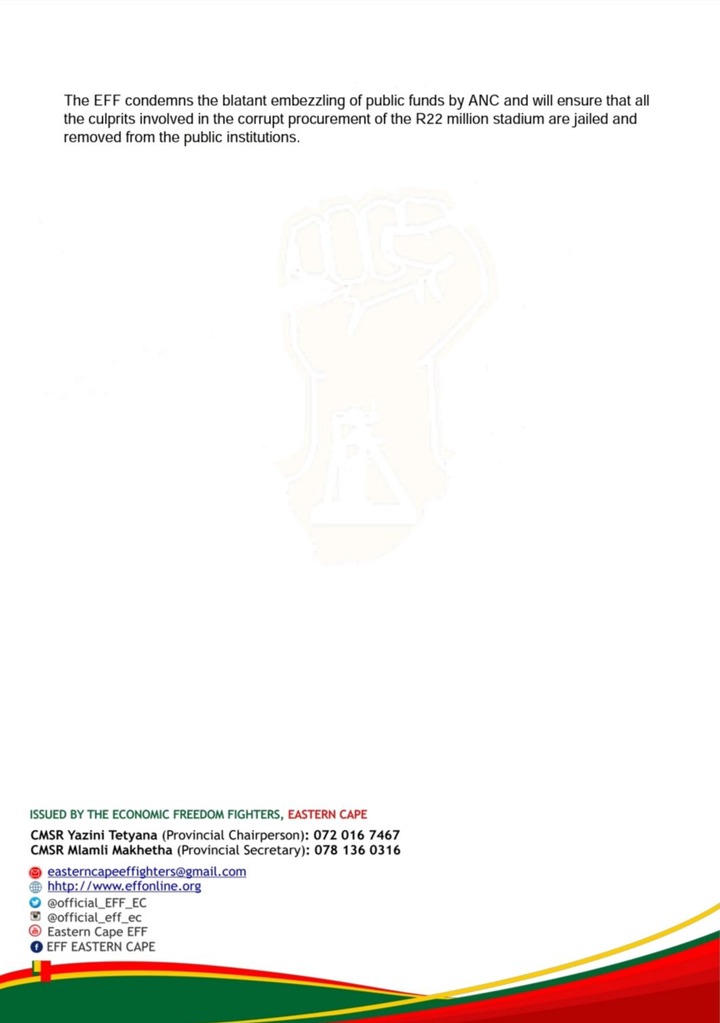 “The newly launched stadium is a poor infrastructure that does not justify the R22 million that the municipality spends on its building projects,” the EFF stated in a tweet released on Wednesday, October 6.

“Throughout the project, there are clear indicators of money laundering and wrongdoing, and we have committed the criminal justice system to probe and expose the truth.” “We don’t just condemn via Twitter and social media, we act against impunity,” said EFF Deputy President Floyd Shivambu. 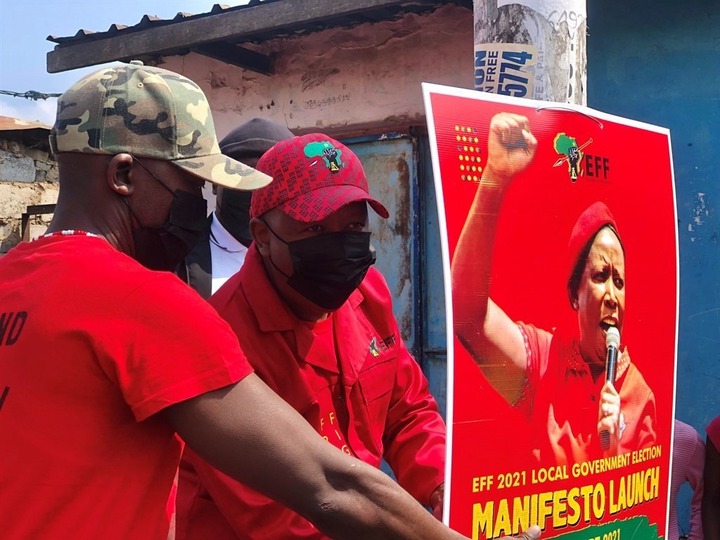