By Therichman (self media writer) | 11 days ago 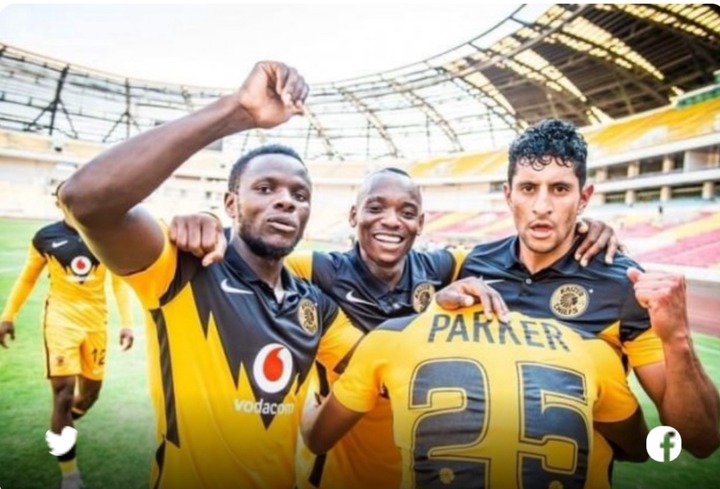 With Kaizer Chiefs poised to restructure their foreign quota in the next transfer window, Zambian attacker Lazarous Kambole remains a target for a move to East Africa.

Despite being designated as a foreign player, Kambole is still on Chiefs' transfer list.

His only appearance in a game was as an injury-time substitute against Marumo Gallants last month, when the team was short on attacking alternatives due to Samir Nurkovic's surgery earlier that week.

His contract runs out at the conclusion of the season, and he can sign a pre-contract with another club during the January transfer window.

Chiefs have already expressed their wish to count their losses and move on after receiving little in return for their investment in the Zambian by transferring him.

Following the success of Tanzanian giants Young Africans and Simba, it has now been revealed that Azam FC is also interested in signing Kambole.

George Lwandamina, who previously worked with Kambole at ZESCO, is Azam's coach.

Yanga's previous interest was snuffed out due to a lack of personal terms between the player and the club, whose president traveled to Johannesburg to clinch the transaction.

With PSL clubs unlikely to exhibit interest, as they did in the previous transfer window, the Zambian striker is expected to drop his expectations and prioritize game time over the conveniences of earning money while not playing.

Since joining Chiefs from ZESCO United in July 2019, Kambole has only scored once in 41 games.

With the PSL's new laws permitting clubs to reshuffle their foreign quota in the middle of the season, Chiefs will be able to bring in fresh players for Baxter to deploy.

His status at Chiefs has been so dismal that he has been unable to break through even when both Leonardo Castro and Samir Nurkovic have been injured, demonstrating that he is not in Stuart Baxter's plans.

Life in France Hasn't Been Great For Lionel Messi

Is He Cheating On You? 15 Ways To Tell He’s Cheating