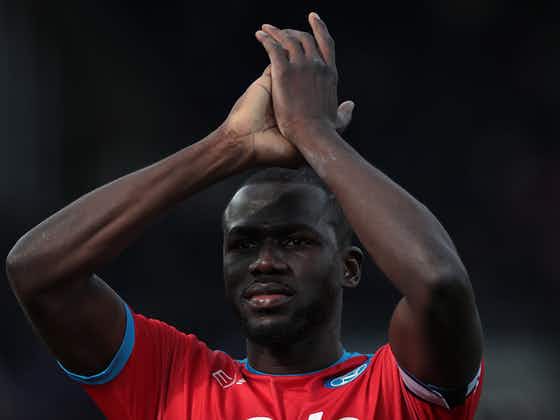 With just one game left in the 2021/22 La Liga season and a second-place finish already assured, Barcelona will turn its attention to the summer transfer window.

After a disappointing season, the Catalans are facing a very important transfer window. They want to close the gap to Real Madrid at the top of the table by adding good players.

In fact, manager Xavi Hernandez wants to bring in as many as seven players this summer, with two of them being center-backs. One of the two center backs has already been signed, and Andreas Christensen is coming from Chelsea for free.

But the 42-year-old coach is still determined to bring in another "world-class" center back before next season. Since Clement Lenglet, Samuel Umtiti, and Oscar Mingueza are likely to leave, it makes sense for Xavi to want to sign another defender.

And journalist Just Miguel says that the Barcelona manager wants to sign either Kalidou Koulibaly or Jules Kounde in the summer.

Koulibaly is a player who has been talked about in the past with Barcelona. This summer, the Napoli defender will be in the last year of his contract. He could be bought for a low price on the market. He is a great center back with a lot of experience who can help the team.

Kounde, on the other hand, would be a good long-term choice for the Blaugrana because he is only 23, while Koulibaly is 30. But the Sevilla defender might cost a lot because his release clause is said to be around €90 million.

There have been rumors that Sevilla would be willing to take Sergino Dest as part of a player-plus-cash deal, but the club will have to spend a lot of money to sign the Frenchman.

The fact that veteran defender Gerard Pique has been having health problems for the past few months makes it even more important for Barcelona to get another center back.

Before Barca decides to spend a lot of money on another defender, the senior star will be asked about his health in the summer. As things stand now, Xavi likes Koulibaly and Kounde, and one of them could come to Camp Nou.