Will Chiefs emerge victorious in thier upcoming five league fixtures?

By Sanele_writer (self media writer) | 22 days ago

Nightmares seem to be looming for the Naturena side Kaizer Chiefs who failed to snatch maximum points against Marumo Gallants at home in a match that ended in a goalless draw. 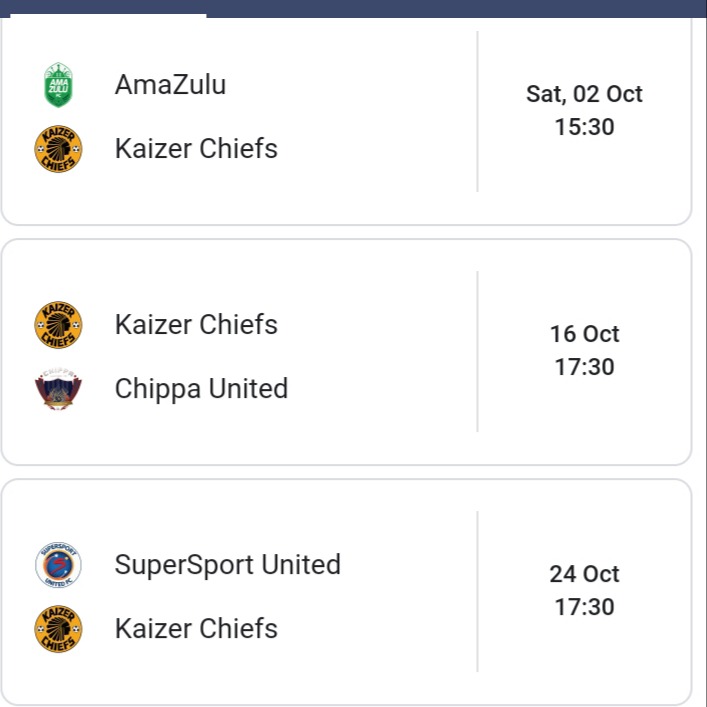 Chiefs have only scooped one point in their three previous fixtures in September having lost two and drew once. 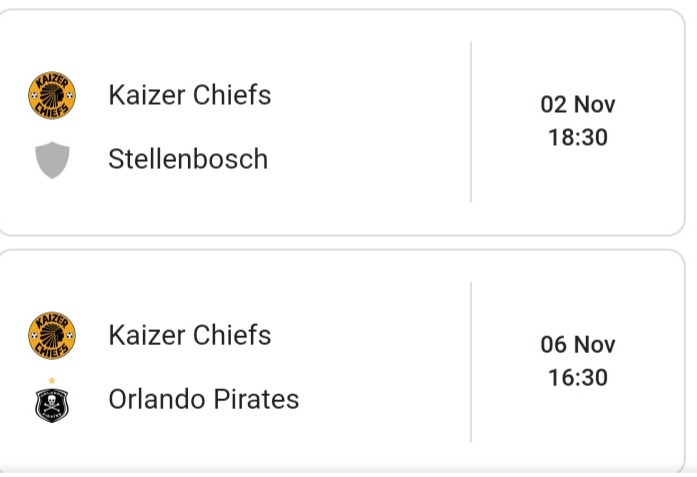 However, what lies ahead for Chiefs is their next five fixtures that will put them to the test.

Their next fixture will be against Durban side Amazulu FC away from home who are seeking their second win of the season who seemed to have found their winning formula after defeating Nyasa Bullets in Caf and Baroka FC.

With coach Benni McCarthy confirmed at Soccer Laduma that eight of their stars will be available for the match selection against Chiefs likes of This week we can bring back the likes of (Augustine) Mulenga, Thabo Qalinge, Xola Mlambo, (Thembela) Sikhakhane, Philani Zulu, Tercios Malepe comes back from suspension, we get Kgotso Moleko back. We get about eight players,” said McCarthy, speaking through AmaZulu’s media department.

However, Chiefs will have to dig deep against confident Usuthu who are gunning for maximum points.

Their second fixture will be against wounded Chippa United who has lost two of their previous games and saw them drop to the bottom half of the log.

A more of a payback fixture for Gavin Hunt who is the head coach of the Chillie Boys who joined early in the season after he was sacked by Chiefs before the Caf final against Al Ahly SC last season.

Their third fixture will be against Tshwane giants SuperSport United who have been on a winning streak and are yet to taste a defeat in the league.

It's always a fancy affair when the two meet and their games filled with goals it will be a fascinating fixture.

The second last will be against undefeated side Stelenbosch FC who have been on a winning run in the league and are deadly in front of goal after their defeated Chippa United past weekend. 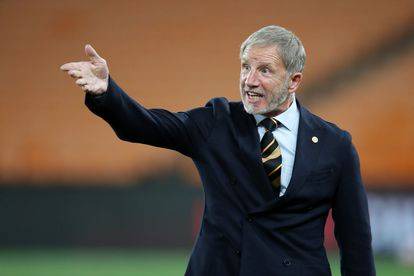 Judas Moseamedi has been firing the net at the Stellies could be a nightmare for the Chiefs after he troubled them while he was at Maritzburg United last season.

Last but not least is one of the biggest fixtures in Africa where they will lock horns with Sea Robbers Orlando Pirates who have been shaky at the back after their defense got exposed by Sundowns past weekend.

Pirates will seek redemption after they were defeated during pre-season fixtures of the Carling Black Label as Chiefs won on penalties.

Chiefs coach who is under fire will hope to retain glory days at Naturena and aware it will be a tough test in getting victories from thier upcoming five interesting fixtures.