By Newsflash (self media writer) | 15 days ago 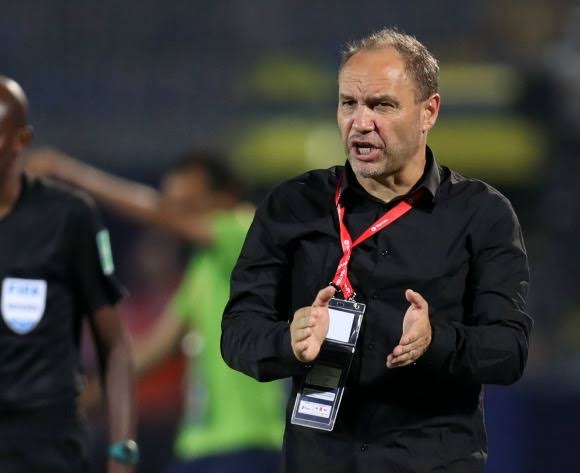 Sébastien Migné, the coach of the Marumo Gallants, has been fired with immediate effect.

After a disciplinary tribunal found him guilty of insubordination and using harsh language toward the club's technical director Harris Choeu, the DStv premiership side announced on Sunday afternoon that the Frenchman had been fired.

The incident occurred in front of the players and technical crew at OR Tambo International Airport last week while the squad was traveling to Durban to play Golden Arrows in a league match.

Marumo chairman Abram Sello stated on Sunday that the event could not have happened at a worse time, as the Limpopo side prepares to face AS Vita of the Democratic Republic of Congo in the second round of the CAF Confederation Cup on Friday, October 15 in Polokwane.

"His [Migné's] job as a coach is to instill discipline in the team." "The club followed proper disciplinary procedures, and a decision was taken to discharge him," he explained.

"It's terrible that Sebastien had to be fired, especially at such a crucial time for us as we try to stay in the league and advance in the CAF." We can't go against what the DC has decided, so we'll just wish Sebastien luck in his future endeavors."

Gallants have yet to win a game in the DStv Premiership this season, and Migné recently revealed that the pressure was beginning to get to him.

After a spate of bad results, the Limpopo outfit is second from the bottom of the ladder with just two points to show for their troubles after five matches played this season.

Without Migné, they will now face the difficult AS Vita.

Despite the upheaval, the club declared on Sunday that they will press on.

“Despite the current developments, the Friday match will go ahead, and the club is working hard to ensure that all CAF requirements are met, including having a qualified coach [on the bench]," the club said.

“The club maintains that there is no crisis and training continues as scheduled, and the technical team and players are looking forward to the next game.”