By Mutwanga (self media writer) | 8 days ago Liverpool may have the strongest starting eleven in the Premier League on paper. When playing with a full deck of cards, Jurgen Klopp's team has no weaknesses, and with Mohamed Salah in fine form, Liverpool can beat anyone on any given day.

This season, Salah, 29, has been enticing at times. So far, the Egyptian striker has nine goals in nine games, including a magical solo goal against Manchester City last time out.

Salah, on the other hand, is the final frontier in terms of Liverpool's key players signing new contracts.

His current contract is set to expire in the summer of 2023, and new rumours imply that a £400,000-per-week contract may be necessary to keep him.

This would need an £83.2 million investment spread out over four years, which Jamie Carragher believes owners FSG would balk at.

Nonetheless, former Liverpool striker Fowler said in his Daily Mirror column that Salah will be wanted by every single Reds player. If "one single player" protests to Salah becoming Liverpool's best paid player by a large margin, Fowler says he'll be "amazed."

"And, in my opinion, there won't be a single opposing voice in the Liverpool dressing room over the Egyptian's new contract, which will make him the club's highest earner." 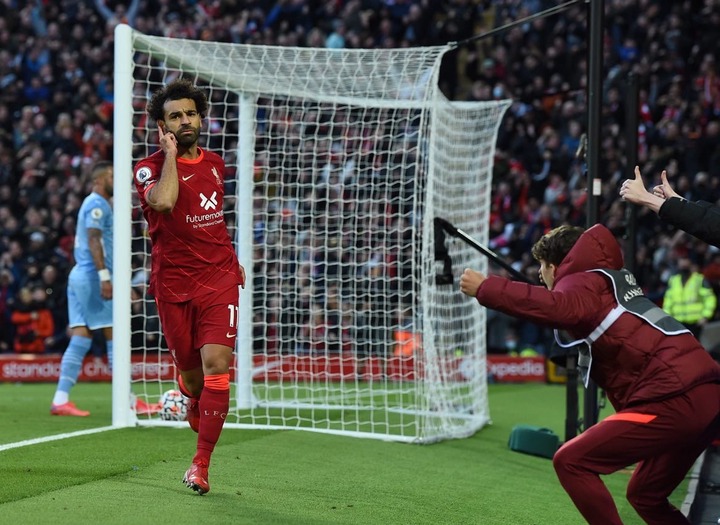 "I'll be surprised if there aren't talks regarding a new deal going on right now." He'll almost definitely believe he's worth a little more than he's being paid and, as a result, will be entitled to a raise.

"I doubt any Liverpool supporters will object. However, the club must consider the long term financial implications. As a result, there will not be a hasty agreement.

"Everyone else wants him to sign a new contract as soon as possible."

Continued Fowler: "Of course, there have been times in the past when certain players in the dressing room became enraged because one player made more money than the rest.

"Based on his current performances, you must give him what he wants."

"However, Liverpool must accept that, whether they like it or not, Mo is now one of the finest players in the world, with all it entails.

"I've been in a lot of dressing rooms as a player, and I don't see any issues with Mo becoming the highest-paid player at Anfield.

"There will be no, 'Oh, he didn't deserve it because he's an ordinary player.' That's impossible.

"We're discussing one of the world's most prominent players." If there is a single player in that Liverpool locker room who believes he does not deserve a deal to match his world-class quality, I will be shocked."