Radical Economic Transformation faction of the ANC suffers yet another huge blow as one of their top members got sacked from his Free State provincial government position.

This comes after Mxolisi Dukwana who is allegedly aligned to CR17 camp got appointed as MEC for Cooperative Governance and Traditional Affairs in the Free State.

In the same manner, Sam Mashinini has been axed as MEC for Police, Roads and Transport, he has been replaced by William Bulwane.

This sacking of Sam Mashinini is another blow to Ace Magashule who might find it difficult to get support to influence ANC structures in the Free State as the power dynamics are slowly shifting in favour of Cyril Ramaphosa's faction. 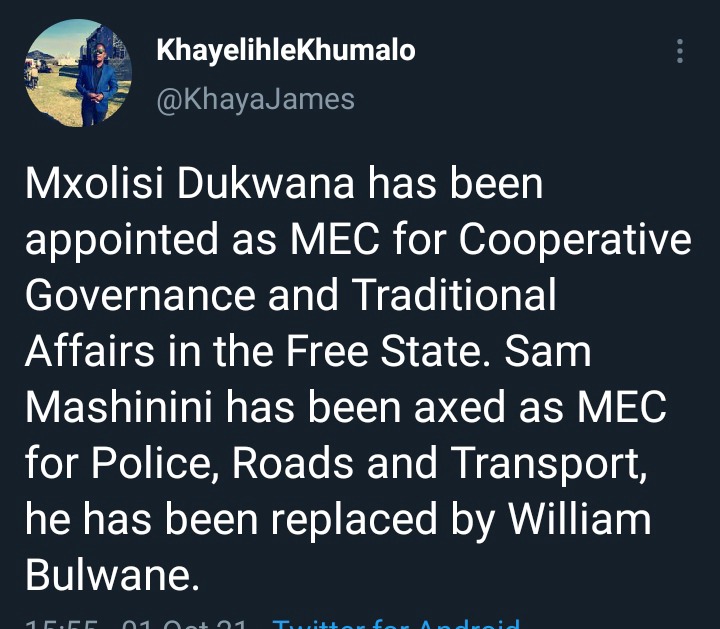 This devastating blow to the RET faction has long been anticipated after the suspension of Ace Magashule from ANC on corruption charges.

The axed MEC for Police, Roads and Transport Sam Mashinini and other MECs closely associated with Ace have lately become the target in Free State province.

Reacting to his sacking, Sam Mashinini said is dismissal is part of a political witch-hunt.

He says the Free State Premier Sisi Ntombela has fired him in a letter this afternoon because their "relationship has broken down and insists on the notion that he is a victim of a witch-hunt.

The dismissal letter of Sam Mashinini from the Free State Premier however hasn't really been made public to understand what exactly did the MEC do to deserve being fired and some critics believe there is more to the issue than what meets the eye.

"MEC is beating around the bush on this matter. I would assume that there is more to this issue. It would be interesting to hear the premier's side why she fired MEC Mashinini," some argued.

In the statement released by the Free State Premier on the changes she made to the executive council, she only revealed that Mashinini has been replaced with immediate effect and thanked him for his previous contributions as well as wish him well on his future endeavours. 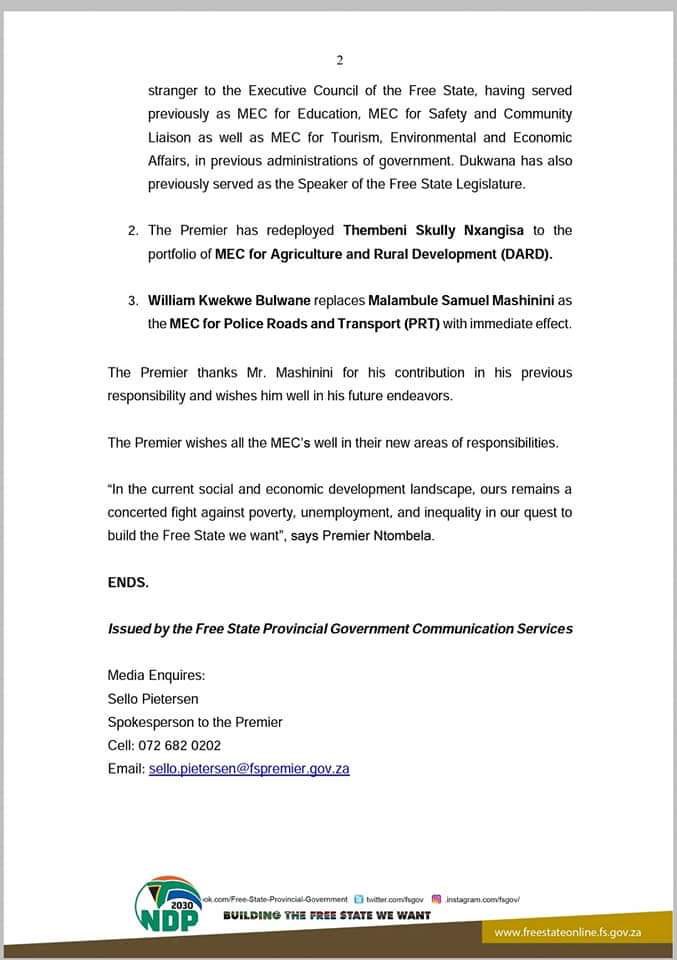