By SpotLight_News (self media writer) | 26 days ago

EFF pioneer Julius Malema is one person who won't be crying a tear over the death of past president FW de Klerk. 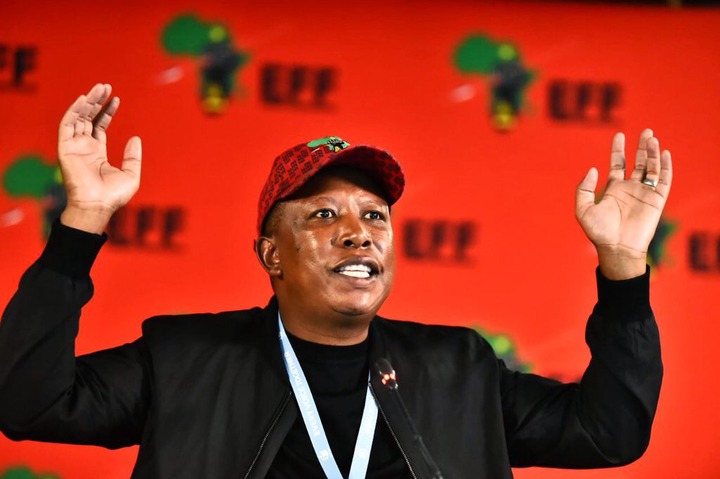 De Klerk kicked the bucket at 85 years of age, abdicating to infection at his Fresnaye home in Cape Town on Thursday morning, 11 November 2021. In March, the FW de Klerk Foundation revealed that he still up in the air to have mesothelioma, a kind of infection achieved by asbestos and most typically occurring in the covering of the lungs or mid-area.

De Klerk was the last president under politically-endorsed racial isolation South Africa – having served some place in the scope of 1989 and 1994. He then, filled in as agent head of the country under Nelson Mandela from 1994 until 1996.

On the off chance that Malema's Twitter schedule is anything to cruise by, we shouldn't expect any warm honors from him about de Klerk anytime sooner rather than later.

IT'S NO SECRET… MALEMA WAS NO FAN OF DE KLERK

Electronic media is overwhelmed with reactions to FW de Klerk's passing, including other EFF people, some who have even imparted their joy by means of online media over the news. Julius Malema, who has reliably been direct and open concerning his disdain for de Klerk, tweeted "Thank You God" before long retweeting an article detailing de Klerk's passing.

Malema doesn't consider de Klerk a past South African president and raced to get down on adjacent media for insinuating him as needs be, including TV news channel Newzroom Afrika. 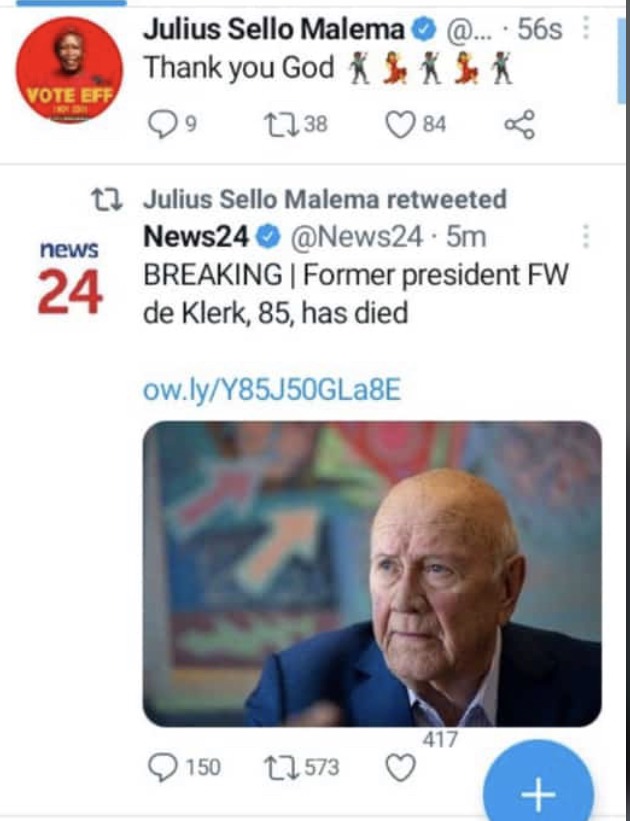 Right when de Klerk shockingly said he didn't contemplate politically-authorized racial isolation as an unspeakable barbarity, Malema called him out on his remarks, regardless, condemning government for welcoming him to Parliament.

de Klerk, the person who worked with end to politically-endorsed racial isolation

MORE FROM THE SOUTH AFRICAN