Must seen most beautiful underwater house ever.

By Vorsi (self media writer) | 7 days ago 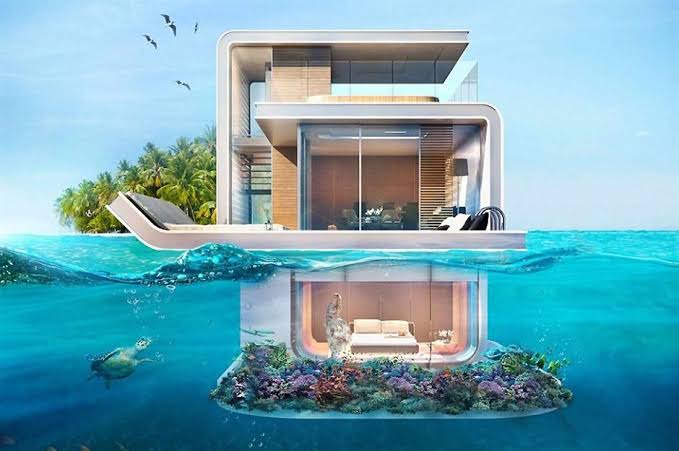 The future habitat of human beings would be underwater, either due to calamity or by choice. Human imagination is fascinated with the ocean and living underneath the water. Architects now are planning homes and villages for people to live in the future, beneath the swirling waters of the seas and oceans. It might become a necessity in the future, with the glaciers melting due to global warming. The entire earth might be covered with a huge expanse of water, swallowing up land. So, these underwater house concepts may not be as futuristic or unrealistic as you may think. Check them out: 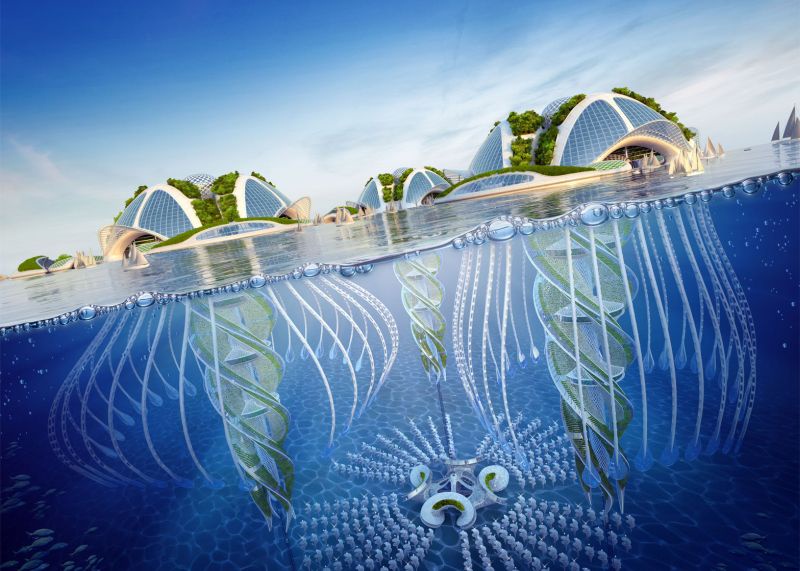 For Vincent Callebaut, the Belgian architect, living below water is a concept which he feels would become a reality soon enough. His project, Aequorea, is about self-sufficient towering oceanscrapers, rising up from the ocean floor instead of terra firma. The eco-villages, which would be able to house 20,000 people or thereabouts, would have marinas covered with mangroves on the surface.

This is one of the underwater house concepts which is as of now a fictional city off the Rio de Janeiro coast. The architect named the city after the bioluminescent jellyfish known as Aequorea Victoria.

Callebaut wants to draw attention to the dwindling, precious natural resources, and the immediate need to clean up the plastic waste in the ocean. The project idea was presented by the architect as a letter, which described people as carelessly ‘mortgaging’ fate of coming generations.

In Callebaut’s concept, there would be domed marines, which measure 500 meters in diameter and would make living below water accessible. The construction materials too is unique – a composite which would be made from garbage and algae. This material would be 3D printed, and will be used to construct 1,000 towers which are designed to house 20,000 ‘aquanauts’.

The energy needed to sustain the aquatic life would be derived from renewable energy sources instead of fossil fuels and gill masks would be used to help breathe underwater. Living in the submerged buildings underwater would mean that underwater food such as algae, mollusks and plankton would be eaten, along with vegetables and fruits grown in conch like structures.

This is one of the underwater house concepts which is quite ambitious and planned to be fully independent, with its own Aequo currency. Research is planned on sea animals to result in the treatment for AIDS, cancer and heart diseases.

Though the project is seemingly for the benefit of the environment, it will disrupt the oceans and use marine animals for experiments. So how beneficial will it be for the planet – again, it may be one of those projects which profit humanity but destroy the environment around it! 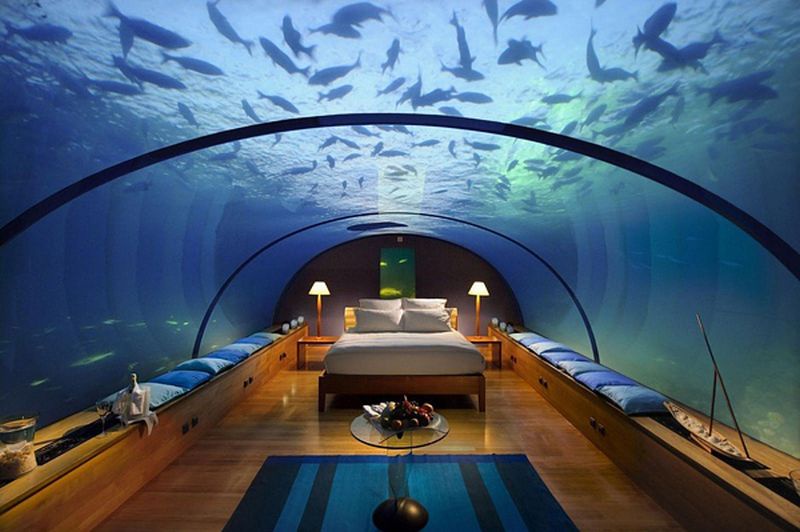 Underwater house concepts are being developed by some forward thinking individuals and companies. The reason being that with the rise in sea levels, they predict the shores of today being the ocean floors of tomorrow. The company US Submarine Structures have come up with the idea of semi-submersible as well as undersea commercial and residential buildings. Poseidon is the name of the underwater resort which they are planning to locate in Fiji.