Checkout The 14 Owners of WWE Besides Vince McMahon

As every wrestling probably knows by now, WWE is without doubt the biggest wrestling company in the world.

WWE, then WWF, was struggling and on its way to filing for bankruptcy when a young Vince McMahon bought the company from his father, afterwards, he took it from being a small fry in the pond to being a shark that leads the market. 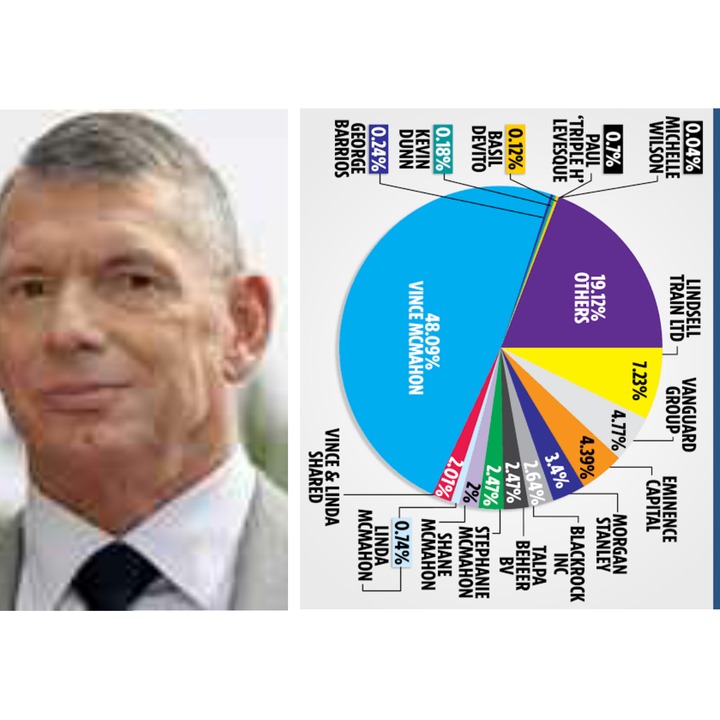 It goes without saying that in the eyes of many, it seems like Vince is the sole owner of WWE and that's understandable because he plays chairman role on both TV and behind the scenes. So it's understandable why people would think this way, if you constantly see something from time to time occupying a certain position , you'll end up associating it that something.

Believe or not, Vince isn't the sole owner of WWE, matter of fact, he only owns over 48% of the company, the rest belongs to the investors.

The main reason why Vince doesn't own the company fully, is because during times when WWE was expanding, he didn't have enough funds to fund that expansion, so instead, he offered a percentage stake to investors in exchange for a service or money.

Now without any further ado, let's checkout the fourteen owners of WWE you didn't know, see the picture below: 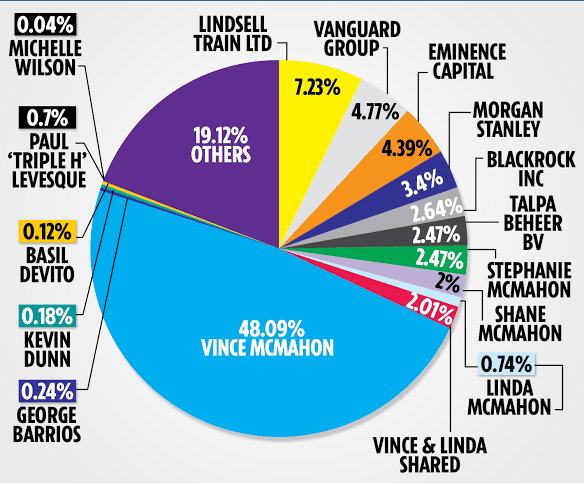 As yall can see, it comes as no surprise that Vince and Linda McMahon are the majority shareholders of the company. The most surprising snub, is the son of Vince McMahon, Shane, who isn't on the list but their son in law, Triple H, who's married to Stephanie, is on the list of shareholders.

So far the company isn't doing well, as its stock has been plummeting for a while and the presence of covid-19 has worsened the situation, but knowing the abilities of Vince, he'll turn the situation around.