Kaizer Chiefs supporters were left confused after the club made a very late announcement on their official twitter account. Kaizer Chiefs shared some good news of celebrations on twitter, but the timing for the announcement was off, as such an announcement or message should have been done in the morning and not at night time.

Kaizer Chiefs assistant coach Arthur Zwane celebrates his birthday today, and the club only wished the player a happy birthday at 19:44 on twitter. Supporters got in on the action and also congratulated the coach on his special day, but had one question to ask the twitter admin, "at this time of the day"? 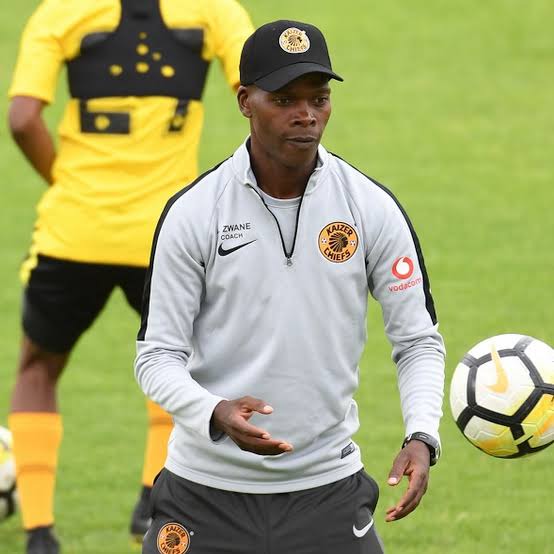 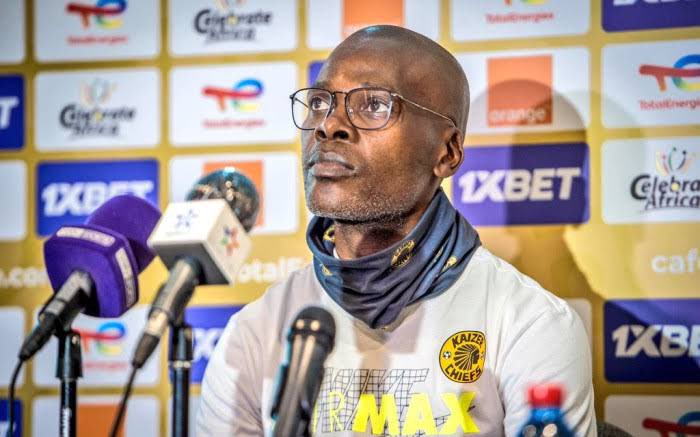 Some joked that the admin only did it now at night because of the 4-1 loss to Royal AM that made the admin to forget.

Sfiso on twitter felt that the admin does not have respect for the coach as he tweeted, "you just don't respect this man, wishing him a happy birthday this time of the day while, most personnel you tweet such messages about them as soon as 10:00 in the morning".

The loyal supporters of Kaizer Chiefs had a point, as nobody wishes someone a happy birthday at night, as this would only occur if you did not have knowledge about the person's birthday.

The admin should have announced his birthday this morning as Zwane would have had more birthday wishes streaming in by this time of the day.

We know Kaizer Chiefs had a learning curve defeat the past weekend, but that is no excuse for wishing someone a happy birthday at 19:44 at night. Kaizer Chiefs assistant coach Arthur Zwane deserves more respect than that.

The twitter admin has one job to do and made announcements on the media platform which revolve around the club, and out of respect should have enjoyed a full day of birthday wishes. Supporters accused the admin of 'sleeping on duty'. 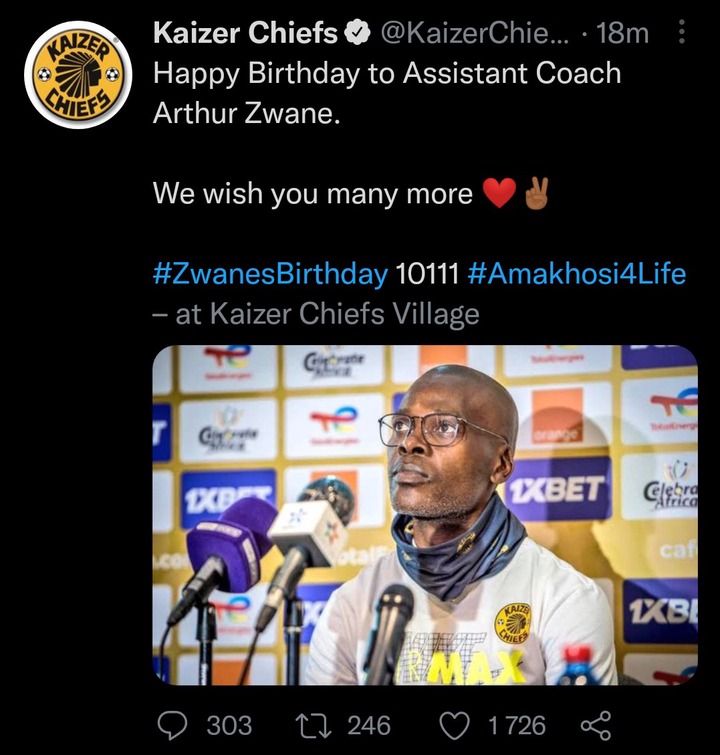 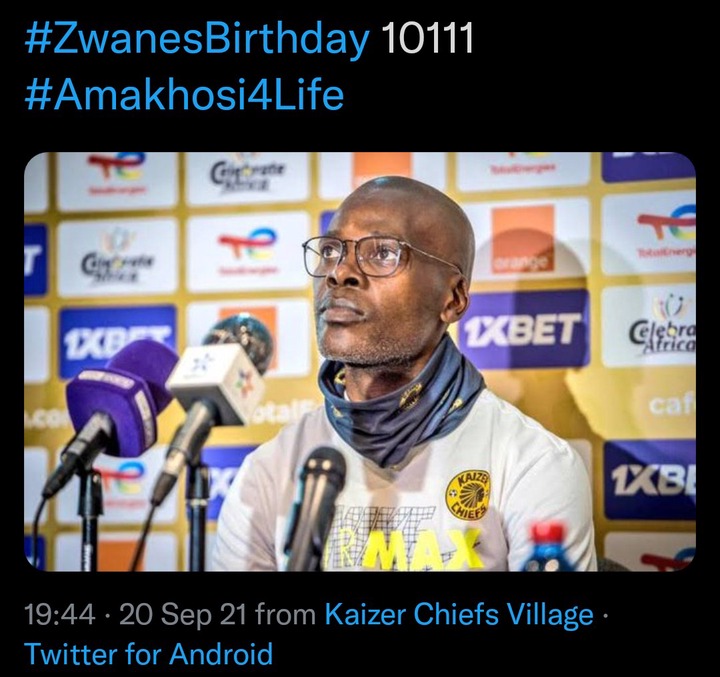 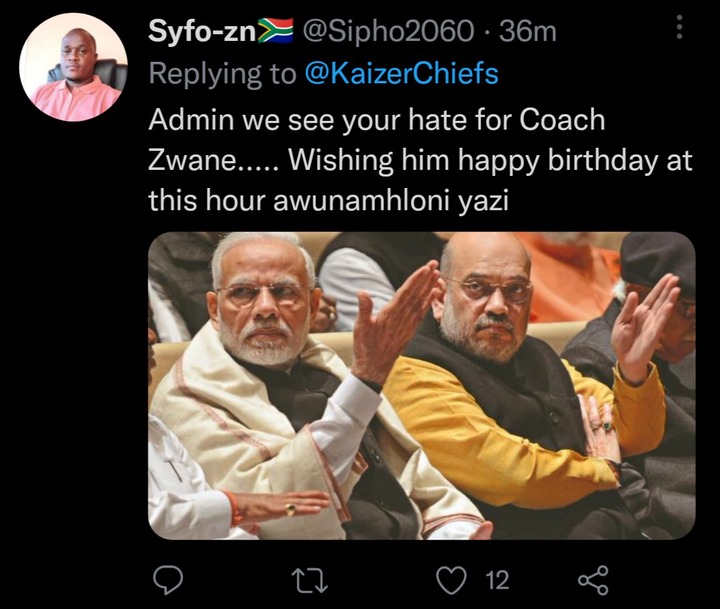 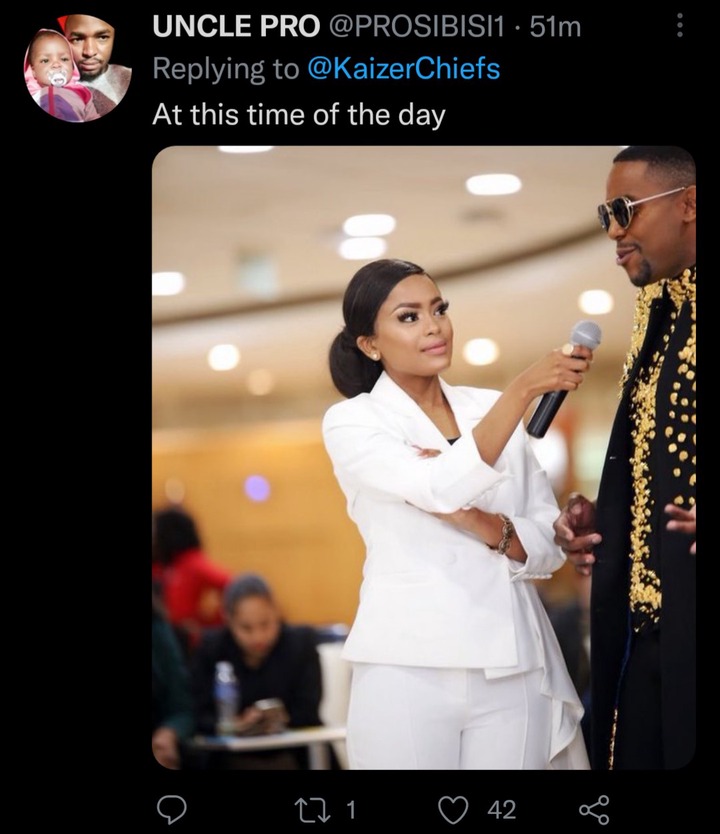 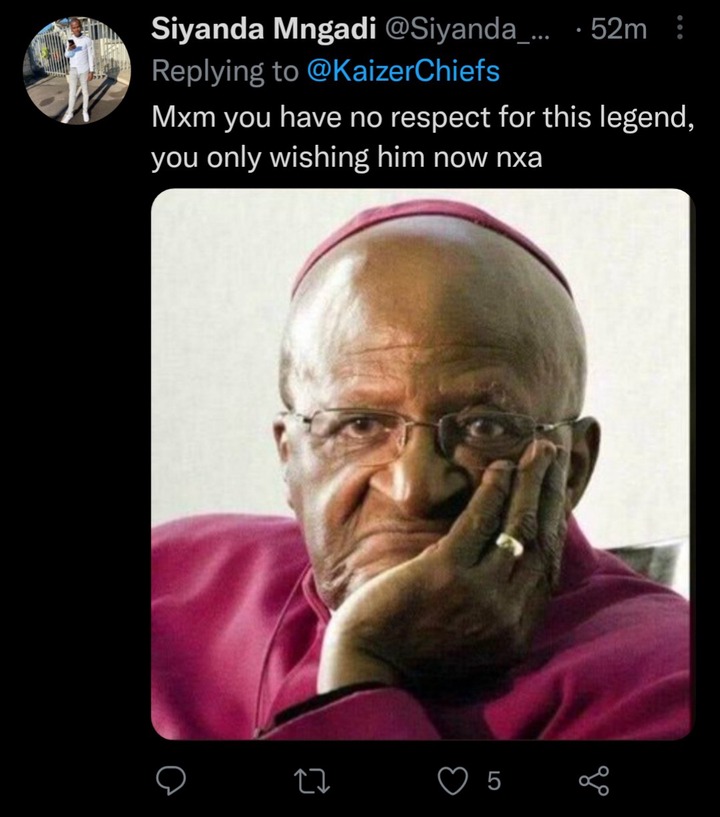 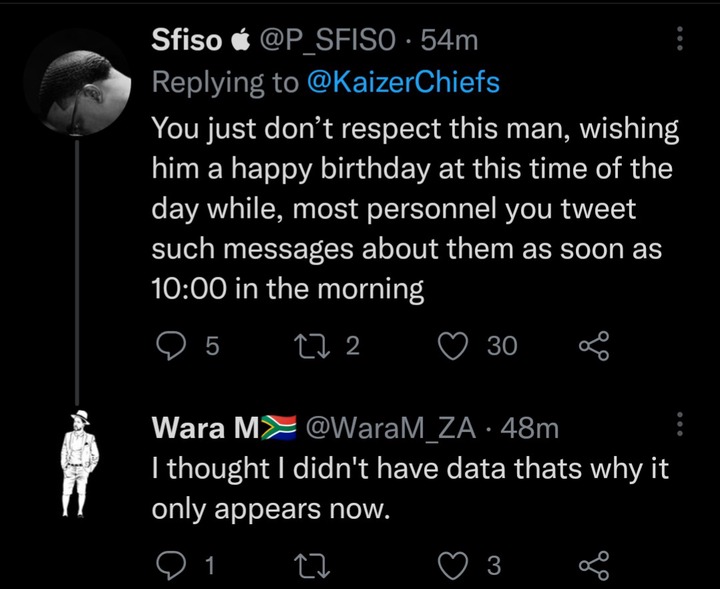