“Who knew these two actually have a son together?“ a twitter user said

By MaduvhaTshivhulungi (self media writer) | 28 days ago

Dudu Myeni is a disgraced former chairperson of South African Airways (SAA) and former executive chairperson of the Jacob Zuma Foundation since September 2008 . 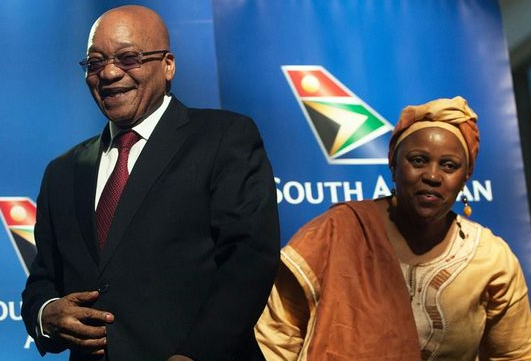 Dudu Myeni has lost countless legal battles until she was declared a delinquent chairperson for life by the Supreme Court of Appeal .

Dudu Myeni has been know by her close proximity to Former President Jacob Zuma and their controversial relationship , Dudu Myeni was however removed from SAA when Ramaphosa took the presidency.

It has emerged through a twitter post that Jacob Zuma is in fact the father of the older son of Dudu Myeni who is called Thalente Myeni, Thalente Myeni made his first public appearance when he was appearing at State Capture to testify about his alleged corruption. 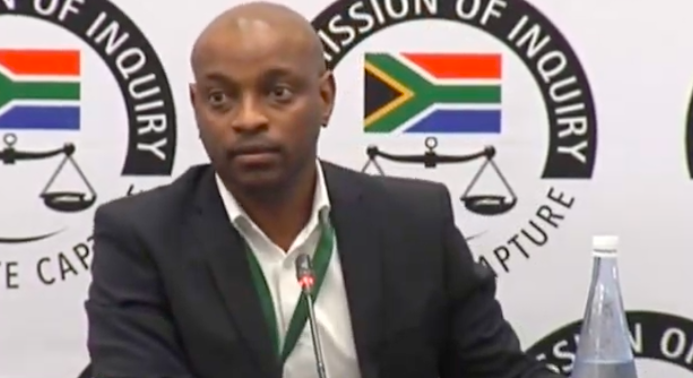 However Dudu Myeni said ““Rumours about a romance and a child are baseless and are designed to cast aspersions on the Former President” .

Jacob Zuma has also denied that Thalente Myeni is his son however people are saying that it is very clear that Thalente is like the popular son of President Zuma who is called Duduzane Zuma.

The leader of EFF Julius Malema once called Dudu Myeni with a Zuma surname  in the National Assembly referring to the relationship she has with Zuma and the fact that she was placed in strategic position at SAA . 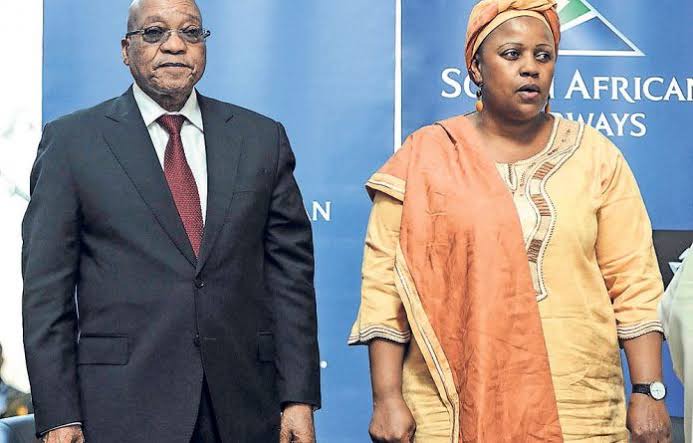 Dudu Myeni has also being with Former President Jacob Zuma even in the last minutes when he was about to be incarcerated for defying the order of the constitutional court .

It was reported also by the News24 that when Zuma was about to be taken by the police when he was refusing to go to jail , Dudu Myeni is one of the person who convinced the Former president to surrender and hand himself over to the police.