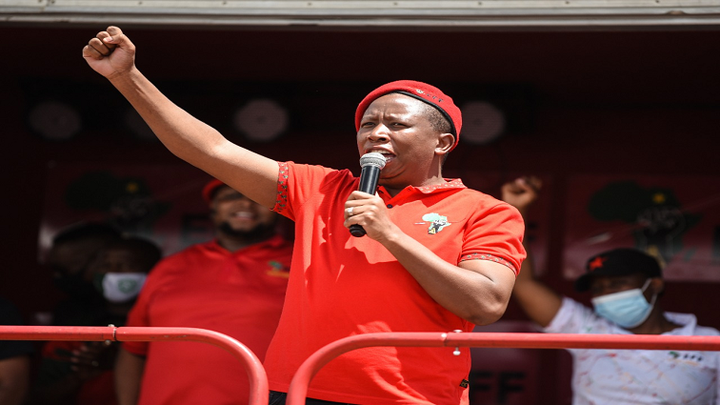 The clock is ticking for local government elections and politicians are pulling up some last minute stunts to lure as much voters as possible to cast their votes in favour of their political parties.

Although this year there is a lot of voter apathy due to their disappointment in how their grievances were never addressed since the last time they casted their votes.

In several municipalities they have been without running water for many years, some have been experiencing sanitation problems and it's further aggravated during rainy season where their houses gets flooded with sewage spilling all over due to faulty drainage systems which have not been addressed for a long time.

Many South Africans have registered to vote, but some have vowed not to show up on election day so as to teach political parties a lesson, to make them taste their own medicine on how it feels to make empty promises.

A social media survey conducted using four political parties shows that most people are likely going to vote for the Economic Freedom Fighters.

The four parties in the survey include ANC, Democratic Alliance, Herman Mashaba's Action South Africa and the Economic Freedom Fighters. 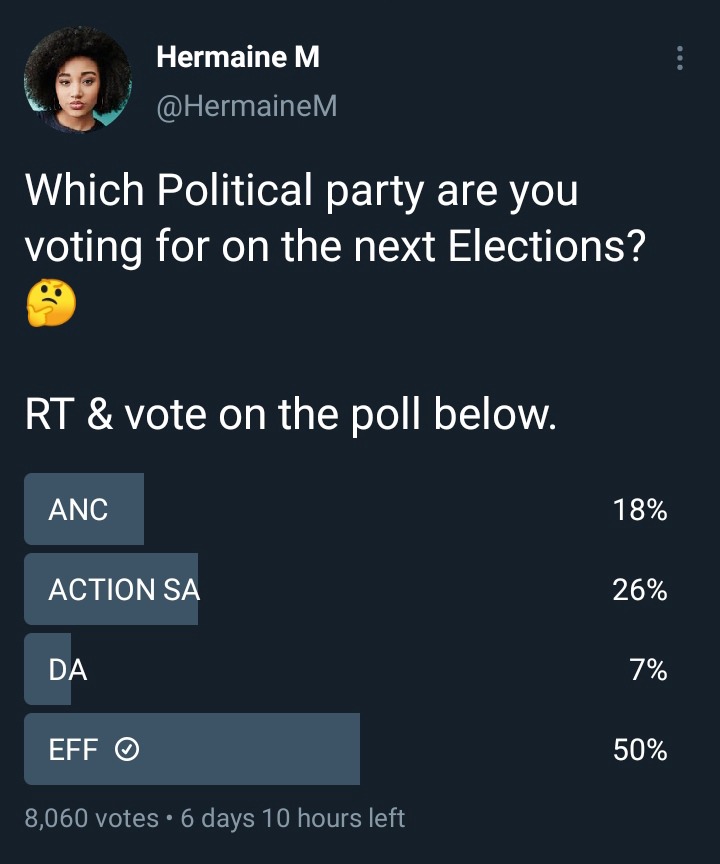 Julius Malema's campaign gimmick has been to build spacious houses with flushing toilets in municipalities they are going to win, and also that the EFF will provide excellent service delivery especially in municipalities that have been protesting for the longest time for the services.

Even though the poll shows that Malema and his party are most likely to emerge victorious, some critics argued that elections however cannot be won on social media, but through the ballot box.

"Please note that EFF wins every poll on Twitter, in the real world they win nothing. If twitter polls where to be right, EFF world have been the government of the day controlling 80% of the seats in parliament," said a Twitter user. 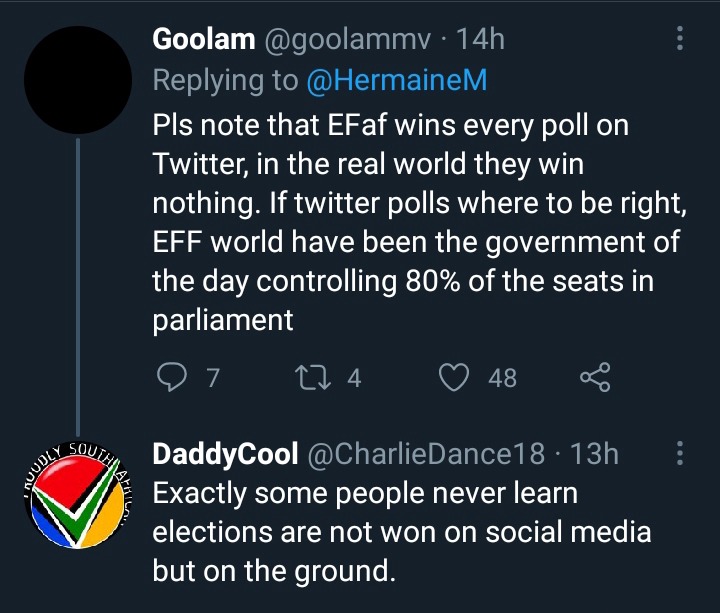