By MagDeliciousgossip (self media writer) | 19 days ago

Police say the 34-year-old Zimbabwean national, who is in the country illegally, has been linked to the disappearance and killing of seven women between August and September this year. 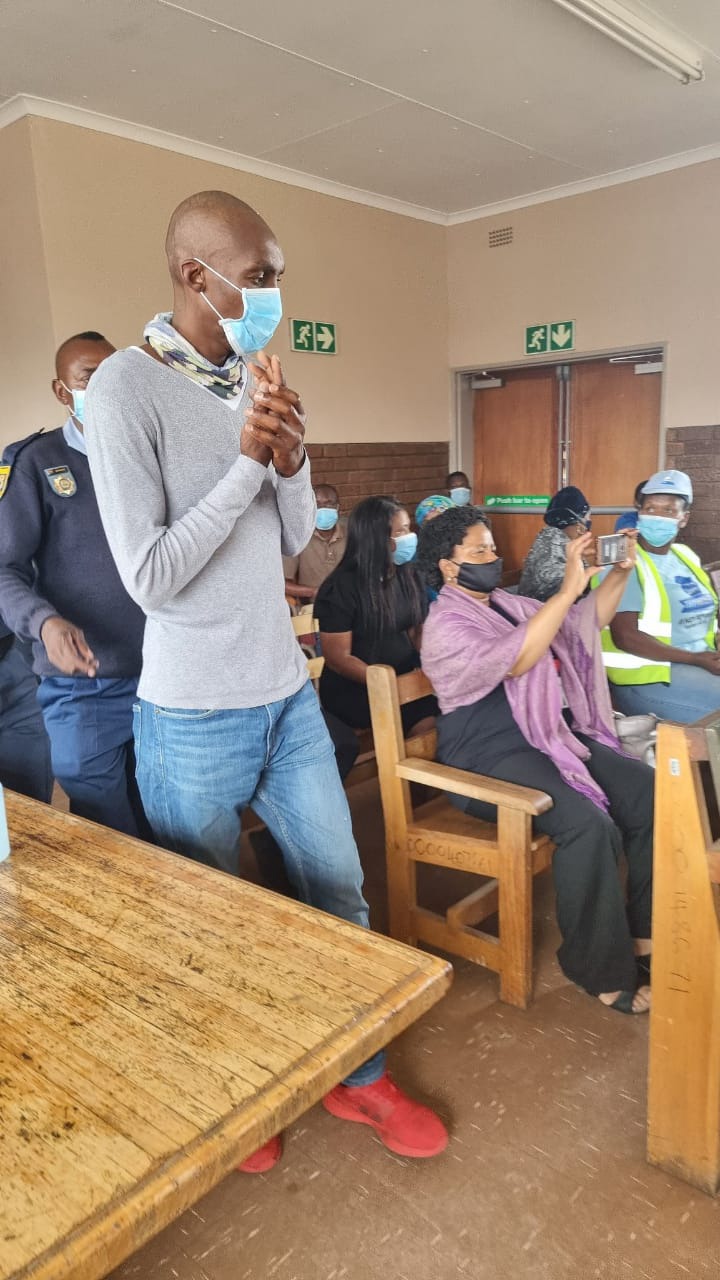 "We have arrested a 34-year-old suspect whom we believe to be responsible for a series of murders whose victims were all women. "We can confirm that seven bodies have already been recovered from different locations under Seshego, Polokwane and western policing areas. The suspect is being charged with murder, rape, defeating the ends of justice, and robbery.” said Brigadier Motlafela Mojapelo.

The bodies were found dumped in the bush. The suspect, who is facing multiple charges, is expected to appear before the Seshego Magistrate’s court on Monday. South Africans are angry and want illegal foreign nationals to be deported.

"I just can't imagine how a Zimbabwean who is illegal into the country managed to rape& kill seven South African women within a space of 2 months, yoh guys this is to much kodwa.💔😭Think of their families, mass deportations are long overdue! @PresidencyZPolokwaneMassacre "@TopThestreets tweeted. "Zimbabweans are demonic neighbours who are sent to terrorise us in our own back yard, and ANC government is an enabler, EFF is an encourager of this evilness. Wake up South Africans and save your nation.#PolokwaneMassacre" [email protected] 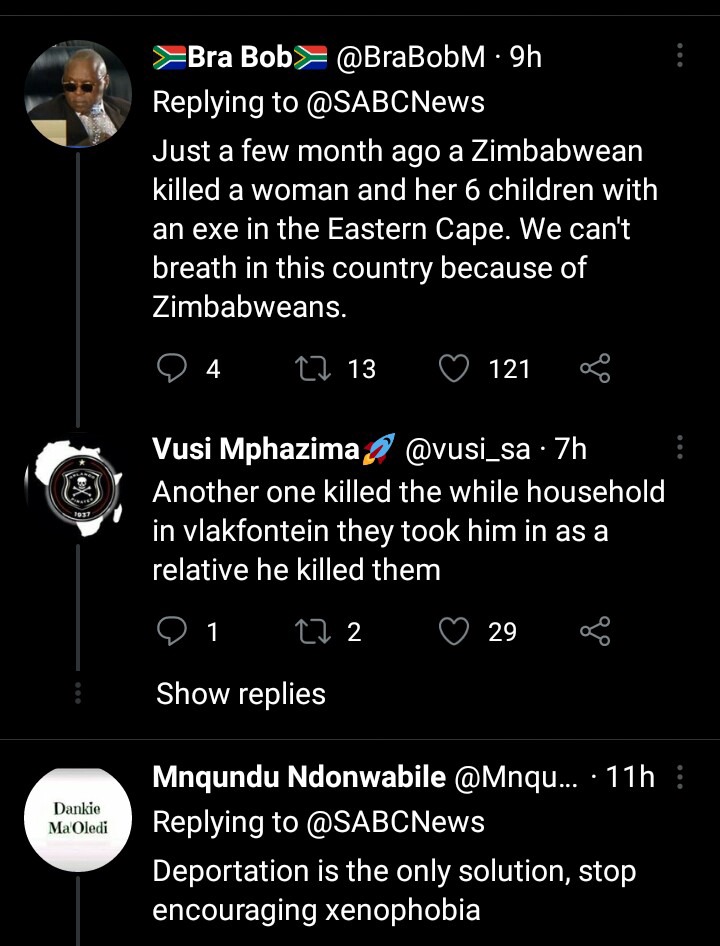 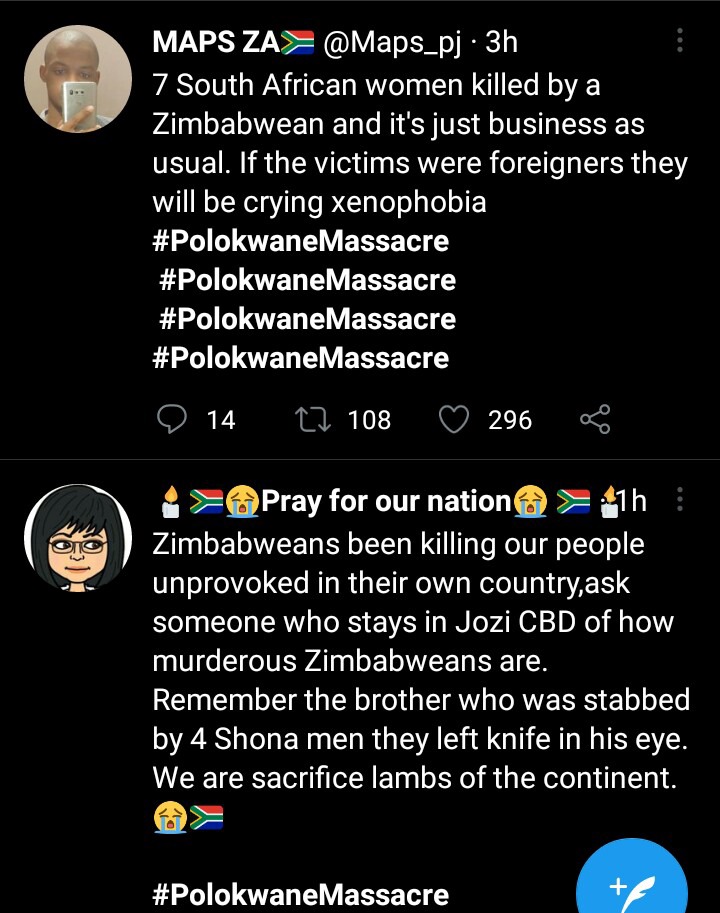