By Nazaretha | self meida writer
Published 22 days ago - 6 views 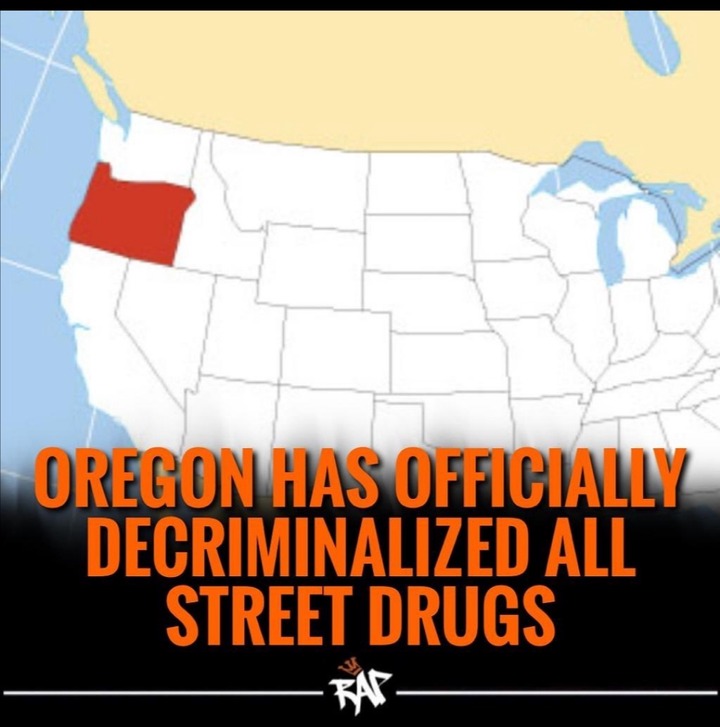 Earlier Today Oregon Made it Clear That It Is The 1st State To Decriminalize All Streets Drugs Meaning that possessions of dagga Is No Longer A Crime.

Oregon Is First State to Decriminalize All Drugs, Will Offer Treatment Instead of Prison Sentences.

Possessing small quantities of heroin, LSD, methamphetamine, cocaine and oxycodone will no longer be an arrestable offense.

Today, the first domino of oStarting Monday, having small amounts of hard drugs won't get a person arrested in Oregon. The state's new drug decriminalization law is now in effect—the first of its kind in the country.

Starting Monday, having small amounts of hard drugs won't get a person arrested in Oregon. The state's new drug decriminalization law is now in effect—the first of its kind in the country.

Supporters hope it will give people struggling with addiction the incentive they need to get help. cruel and inhumane war on drugs has fallen, setting off what we expect to be a cascade of other efforts centering health overcriminalization," said Kassandra Frederique, executive director of the Drug Policy Alliance, the AP reported.

Content created and supplied by: Nazaretha (via Opera News )