By ThePublicChoice (self media writer) | 25 days ago

Viewers of Idols SA gave Dineo Ranaka a perfect score after showing off her incredible skills as a judge on the competition show. 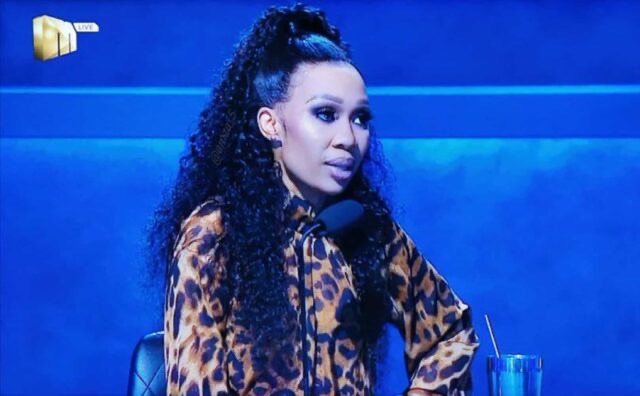 Dineo has proven to be an all-rounder and viewers were delighted to see her on the competition show as she did an excellent job ranking in the top 8. 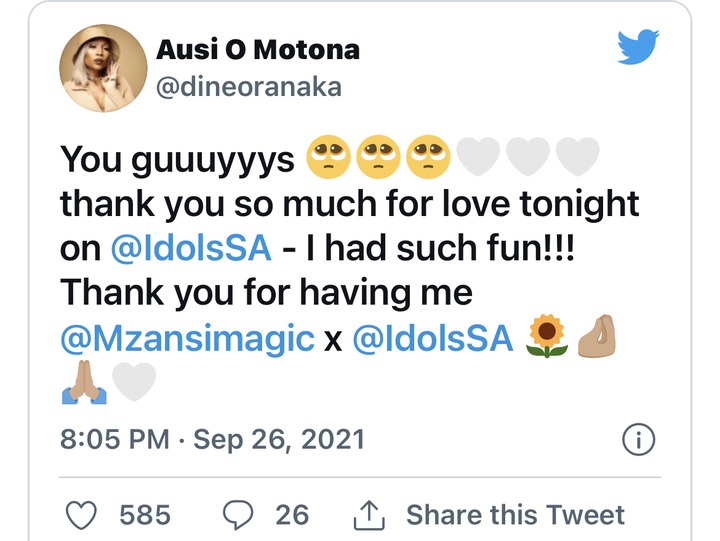 In the last weeks after Somizi's departure, viewers of Idols SA were not at all impressed and said: The standard of the show has collapsed. The producers thought that numerous invited jurors would help save the show, as Somizi brought her own entertainment that Mzansi posted on her screens.

There were invited jurors, but they failed to impress the audience or captivate their enthusiastic audience.

On social media, Tweeps expressed disappointment with the show, guest judges, or performances. It just took Dineo Ranaka to come and save the show!

Monique opened the festivities, which she had withdrawn from the competition program, on a bittersweet note. However, the remaining 8, voted by more than 5 million people, sang with great enthusiasm and Dineo managed to judge them accordingly.

Randall seems to have a new favorite on the competitive show and he even said himself that he had never seen anyone like her on the show.

It was Nqobie's appearance that sealed the deal for Randall after playing Soa Mattrix and Soulful Gs Uthando. He applauded her for not trying too hard to win and called her cold. "I've never seen anyone like you on the show," she said

There would be 9 candidates left had it not been for Ithana's decision to leave the competition when she was in the top 10. According to the entertainment director of local MNet channels, Nomsa Philiso, the 22-year-old came out of the top 10 for medical reasons.

“As MNet, we wish you a speedy recovery. It's a shame that he can't continue competing, but his health is paramount. I know this will not be the last time South Africans see them on our screens, ”he said.

viewers were willing to give up idols because they said they were boring. The flood of his comment section on social media affected concerned fans who wish they could return.

Viewers started out simply by spreading their disappointment to threaten to never see idols again, and it was all action, not just talking.

That's when the number of idols plummeted to a staggering 600,000 viewers instead of its usual one million fans. This reportedly means that 324,847 viewers also ditched the idols.

his girlfriend Kelly Khumalo was the second best choice after Somizi because viewers felt she was a good fit, but she also avoided idols. This is because she already has other commitments in another singing competition, at SABC 2, called Stand Up South Africa.

he runs the competition show with Lorcia Cooper Khumalo and Kurt Darren. The show is presented by the beautiful Dineo Langa.