Bayern is playing their best game

By Wilson's-World (self media writer) | 16 days ago

How on earth did Bayern not win the past UEFA champions league which was won by Chelsea. Trust me Chelsea is a good club but Bayern for me should be regarded as the best club in the world at the moment. There are no words to describe it. Bayern is just that good. Dynamo where shown what football is. They made a lot of faults defensively. There middle field was just that by name. You know there is one thing about football, if you don't have the best players in the world well disapline in position goes a long way. Dynamo can learn something from Shariff. 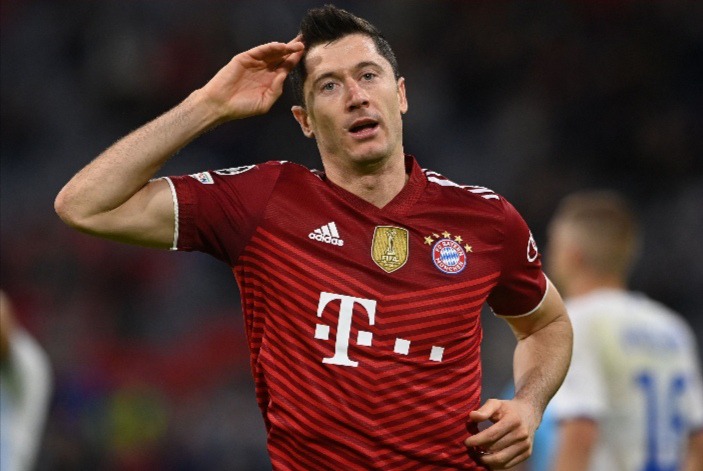 What a night for Bayern. During the first half it was all just Bayern. In the 12 minutes Bayern where gaven a penalty which was taken by Lewandowski and scored the first goal of match. In the 27th minutes Lewandowski came back again and gave Bayern the second goal which made it 2-0 in the first half. Dynamo had no reply for Bayern. 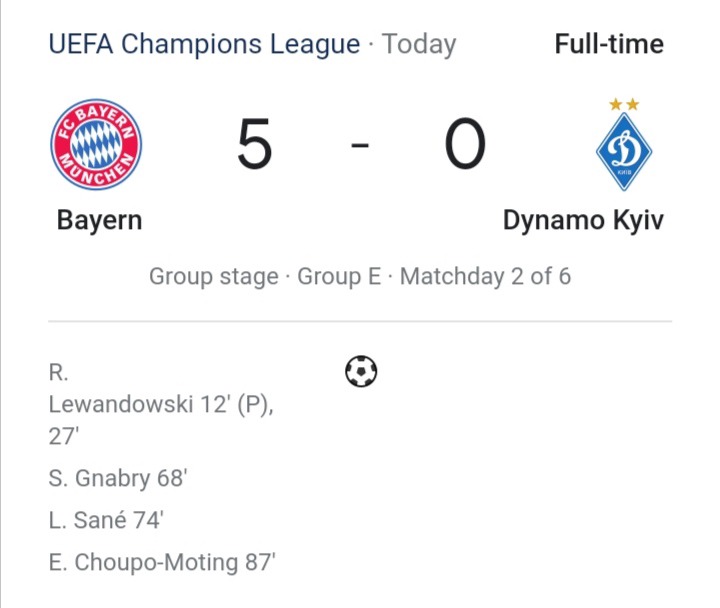 The second half was a chance for Dynamo to get back in the game but it became like a chance for Bayern to score more goals. In the 68th minutes S. Gnabry scored the third goal. Then came L. Sane in the 74 minutes to score the fourth goal of the game. Dynamo didn't know weather to sit back or attack. Bayern then closed with firth goal which was scored by E. Choupo-Moting in the 87 minutes. 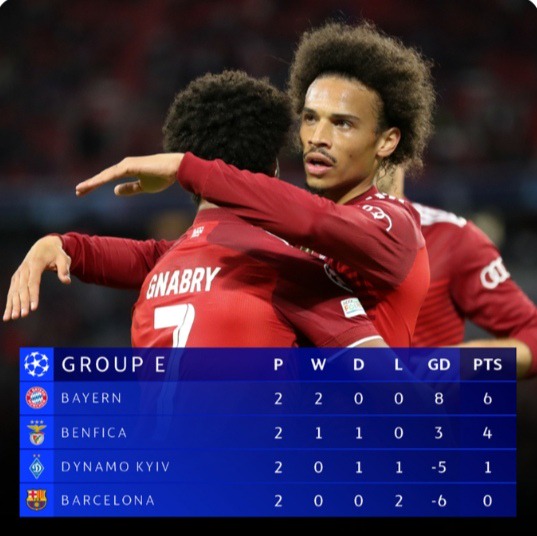 The log in group E shows Bayern in sitting on the of the table. And Barcelona right at the bottom. It will be the second time for me seeing Barcelona being knocked out of the UEFA champions league game.