Angry Broos slams clubs after Kutumela withdrawal: Some people do not want Bafana to do well 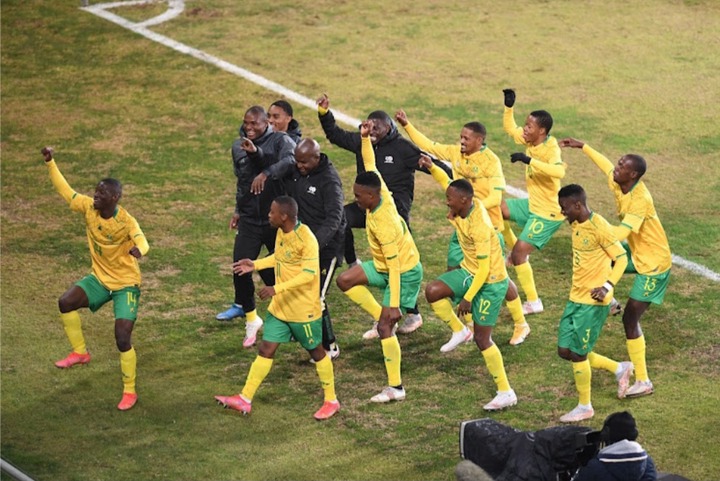 Clearly enraged After being forced to withdraw Thabiso Kutumela from the travelling squad, Bafana Bafana coach Hugo Broos stated that there are people and clubs who do not have the national team's best interests at heart.

After his club Mamelodi Sundowns chose to get the striker vaccinated before reporting for national team camp over the weekend, the Belgian coach claimed he made the decision to discharge Kutumela.

On Tuesday, a disgruntled Broos addressed the media at Dobsonville Stadium in Soweto, where the team were preparing for a Thursday afternoon flight to Ethiopia.

Bafana face Ethiopia in back-to-back 2022 Qatar World Cup qualifiers on Saturday in Bahir Dar and Tuesday in Johannesburg, and the Belgian admitted that Kutumela's withdrawal has thrown his plans into disarray.

“I have a feeling that some individuals in this country do not want Bafana to be a successful team,” stated Broos, who is 69 years old.

The Belgian said he isn't opposed to clubs doing vaccination drives, but questioned why Kutumela had to have his shot a few hours before arriving at camp.

“You can't get players immunized during the national team camp,” says the coach.

“According to Fifa rules, teams must release players after their final games, and no club activity is permitted during the Fifa break, however Sundowns arranged for Thabiso to be vaccinated.”

The fact that Kutumela was injected a day before he was set to join his teammates in camp, according to Broos, demonstrates that South African authorities have little respect for Bafana's interests.

“Second, and most importantly, getting vaccinated might cause symptoms, and it's probable that Thabiso will have symptoms like flu, fever, or cough today or tomorrow, so I won't be able to send him to Ethiopia.”

After the non-arrival of Orlando Pirates promising central midfielder Goodman Mosele and the injury withdrawal of Sundowns centre-back Mosa Lebusa, Kutumela's departure is a further setback for Broos.

Mosele, 21, "absconded," according to Broos, after failing to report to camp on Monday, a day after playing a full match for his team the day before.

Broos remarked on Tuesday that he still doesn't know why Mosele isn't playing for his club or for the national squad.

Broos bemoaned, "I never saw something like this in my life, a guy who doesn't come to camp," adding that they still don't know what's going on with the player. “Goodman hasn't left us a message and can't be reached. We attempted to contact him but were unable to do so due to the fact that we do not know why he is not present; as a result, we were forced to replace him.

“As a result, they directly benefit the clubs, and interest [from abroad] in South African football rises when the national team performs well.”

According to Broos, South African football has degenerated to the point where the country is no longer mentioned at European head tables.

“At this time, there are no sponsors interested in financing SA football.”Then there was the incident with the Orlando Pirates, where my assistant and I were denied access to the game.

“I hope that things will change in the future, and that I will be able to contribute a little more.”