Somizi speaks out on what you become after a failed relationship

Somizi Mhlongo has once again trained people on cell phone manners and what is considered acceptable in her books. The star once raised this issue, but some people clearly didn't get the memo. Somgaga went to the mirror in her bathroom and had previously said that people her age should not use the phone unnecessarily. He just won't respond. But he now he has taken the matter further and said that no one should call him until 9 a.m. 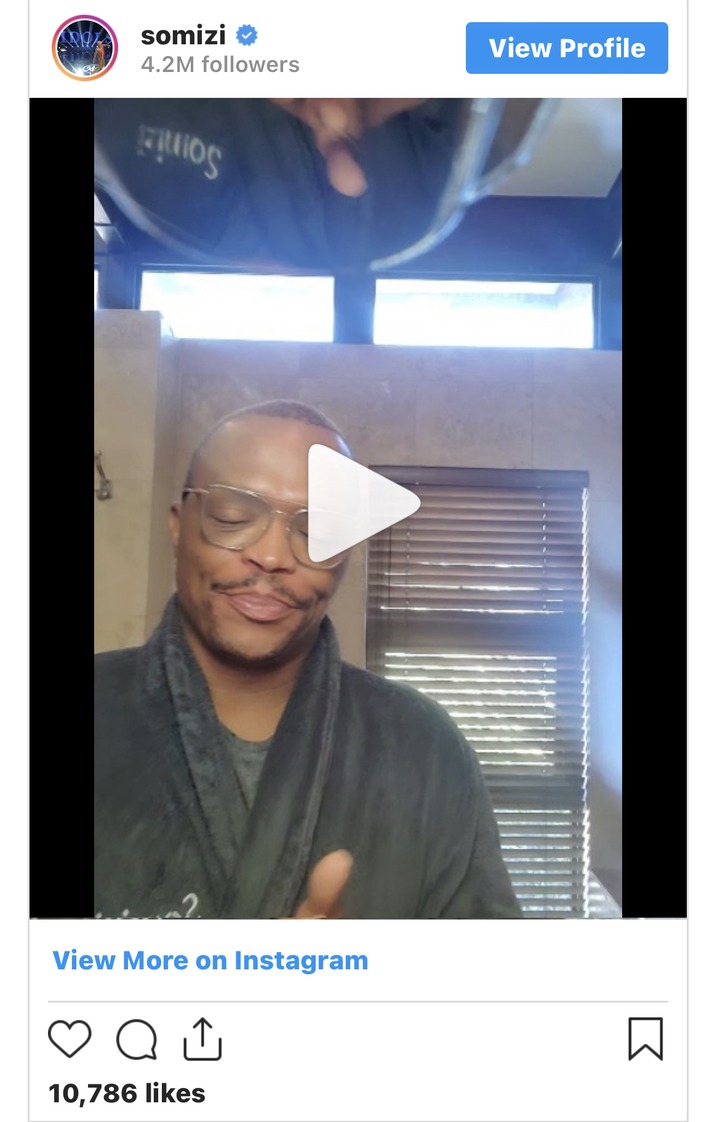 Said he was still sleeping, in his zone, or not in the mood. What was supposed to be a 20 second message took a full 5 minutes.

“Don't call me before 9 am, that's fine, unless it's an emergency. How honest? It's an emergency and we know each other on that level and if it's an emergency, call once and then text. Do you understand Write to me because unfortunately I won't answer your call, ”she said.

“I'm not bad. I sleep or I am just in my area and I look at the sun, the sky, the birds. I do not want to talk. I don't want to talk guys. So if it's an emergency, send a text message.

If you're in my bad books on phone call courtesy, give me a call twice in a row, three, four times: four is a block, three is a bad book, two is a "what the heck."

He then goes on to explain why he is not taking people's calls and says that he might be busy since it is early in the morning. Either he could ignore it or he just wouldn't be in the mood to talk, as it's his right.

he also talked about video calling and said that people shouldn't just video call him, especially if they don't know each other well.

He said that he only receives video calls with certain people who have a certain mood or energy and that would definitely lift his spirits.

“I have a handful of people that I can video call with at any time because I know it will be worth it, it will be fun, not just anyone. If you want to video call me, send me a text message, ”she said. "Enough guys, we are adults."

In another of his hilarious videos, Somizi hints that dating has been a difficult time for him, as he instantly became a Christian, faster than instant oatmeal.

At the gym, Somizi is dancing to a gospel song and has captioned the video of him: "When Mjolo has you nyisad and you become an instant mzalwane faster than instant oatmeal."