By TheeNewsAddict (self media writer) | 19 days ago

I would like to start this off with passing my condolences to the family and friends that lost their loved ones at the astroworld concert. May they rest in peace.

Travis Scott was hosting his annual Astroworld concert in Houston Texas this year and over 50 000 people showed up. With everything going on that was the first mistake because 50 000 people are a lot and crowds like these often result in injuries or worse.

Now im sure you all have seen a lot of conspiracy theories on social media and tik tok of people saying this was all a sacrifice. Here are the reasons why people are saying that and things you might have missed.

1 the hands on the flyer.

The tickets to the concert were sold out in less than a day after being available and on the ticket and flyer there's a pair of hands with eyes in the middle. Conspiracy theorists are saying this symbolized satanism. 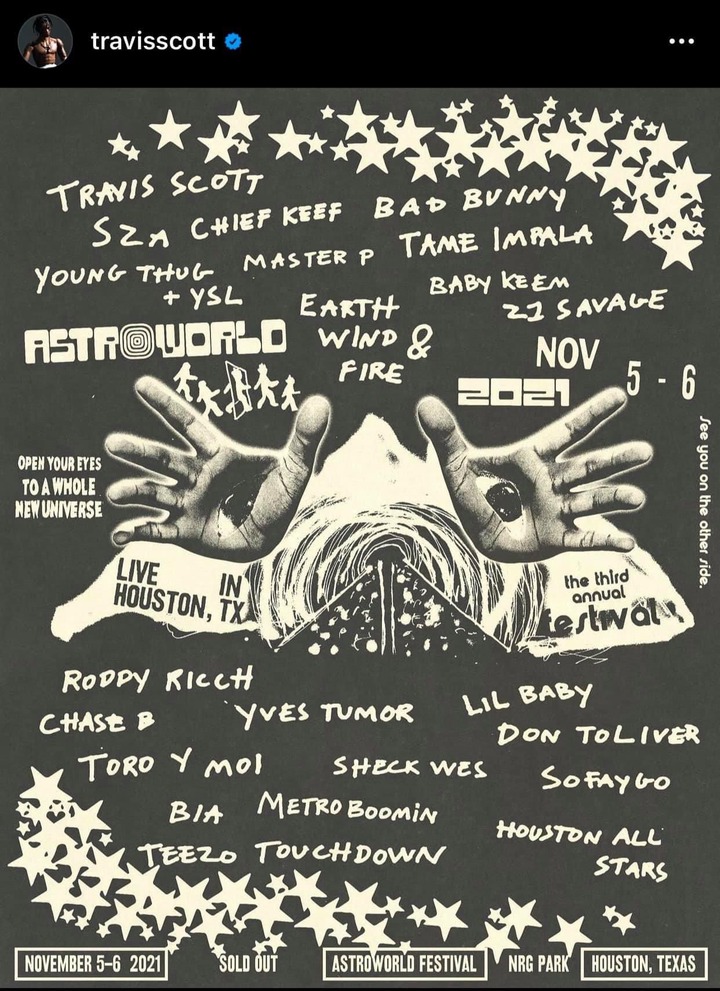 2 See you on the other side.

On the stage he was performing on it was like a portal leading to the other side of what people didn't even understand. Which side were they talking about? 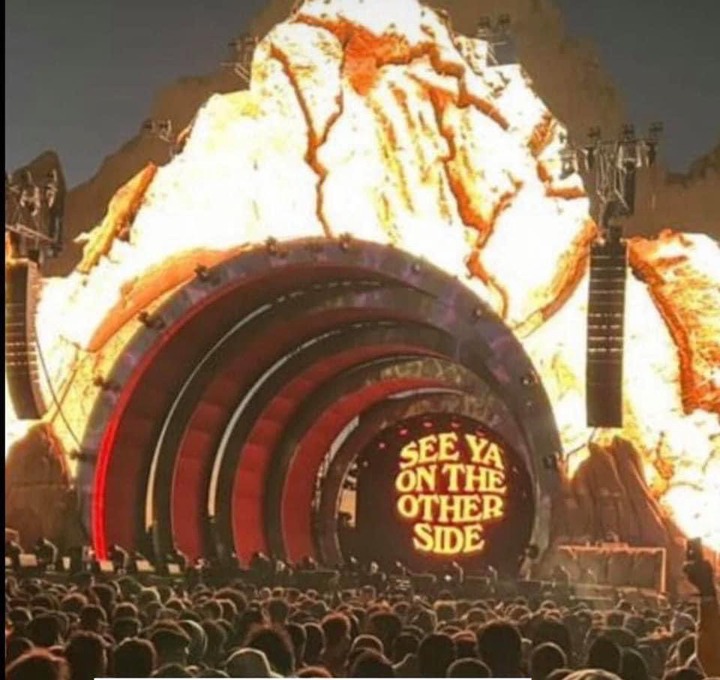 3 the shirt he was wearing

During his performance he wore a shirt with blue people passing through a door and coming out on the other side red with horns. 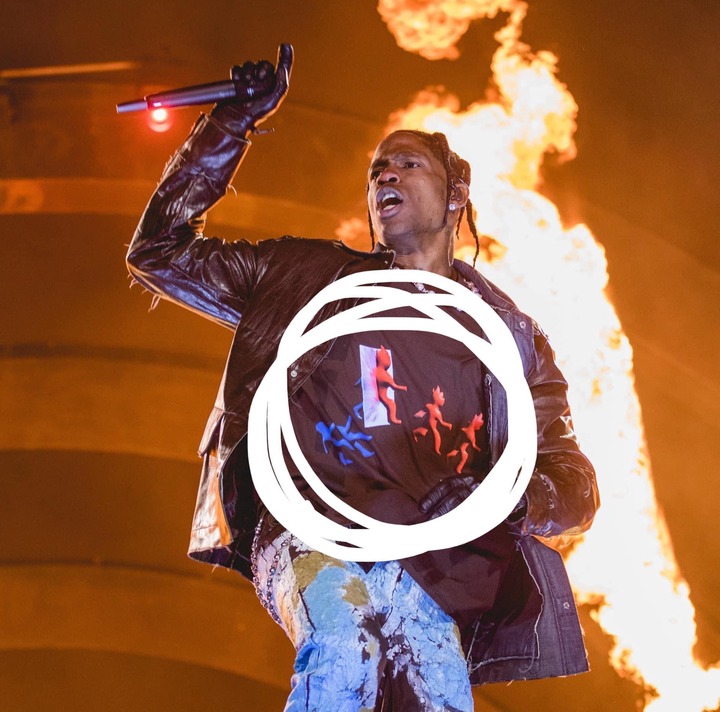 4 the song he released that day

Many are talking about the lyrics to the song he released on the day and how it was satanic and evil. 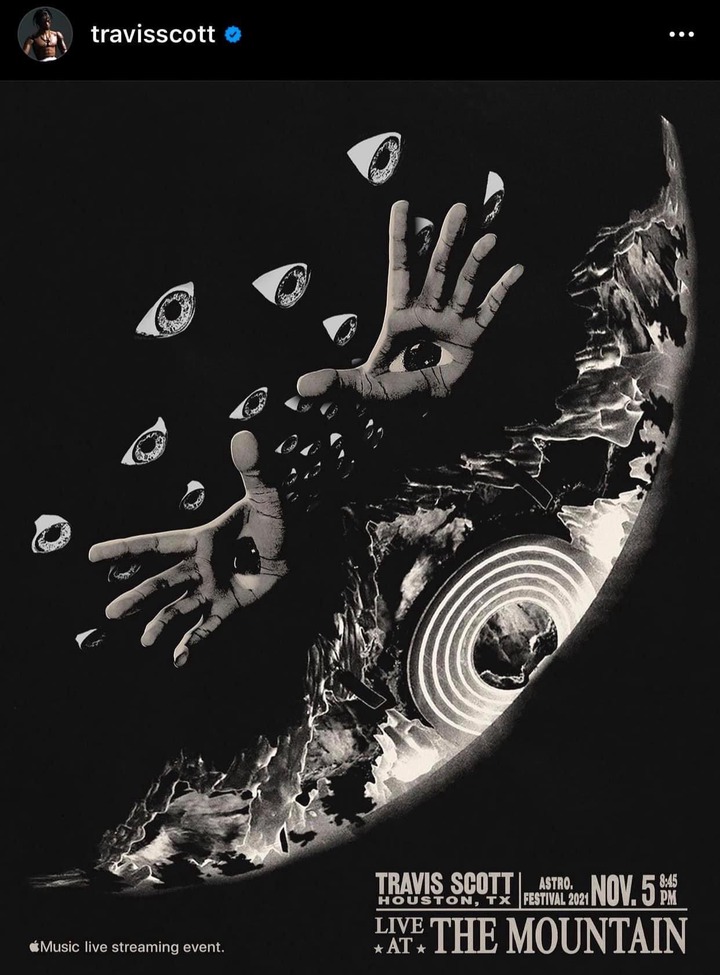 5 the portal opened up

At some point during the performance kylie jenner who is currently carrying Travis's second child posted a video of the portal opening. And thats when the chaos started. 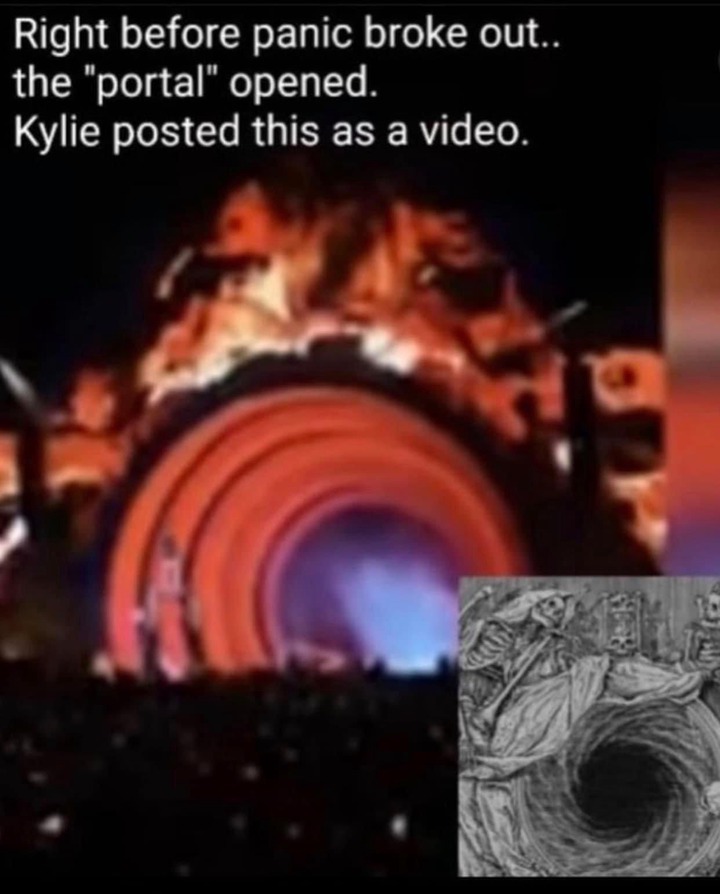 On that portal again at some point during Travis's performance it was filled with creepy eyes. 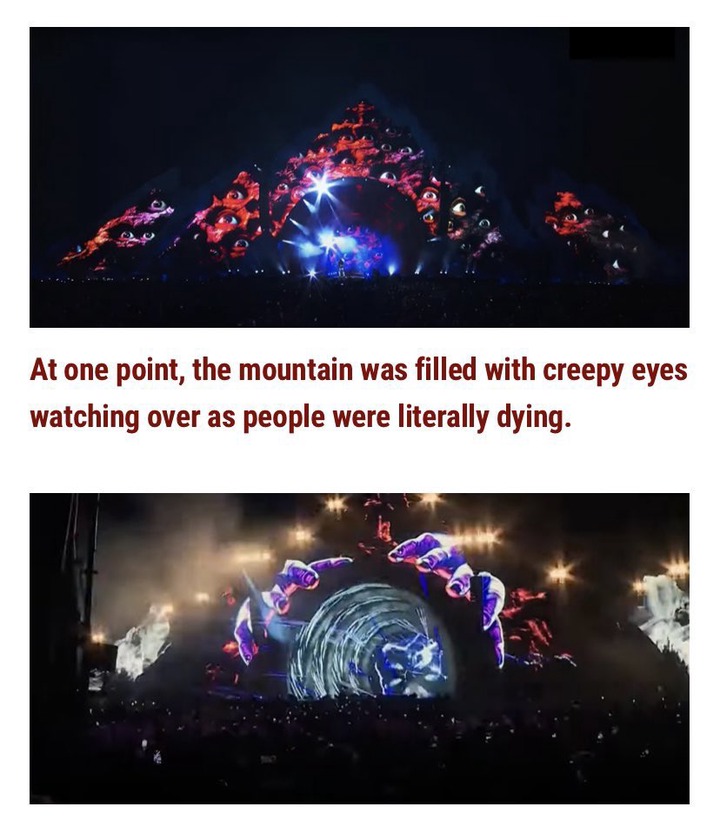 This might just be a coincidence but most peoole believe that the 8 fire beams on stage represented the 8 lives that were gonna be lost on that day. 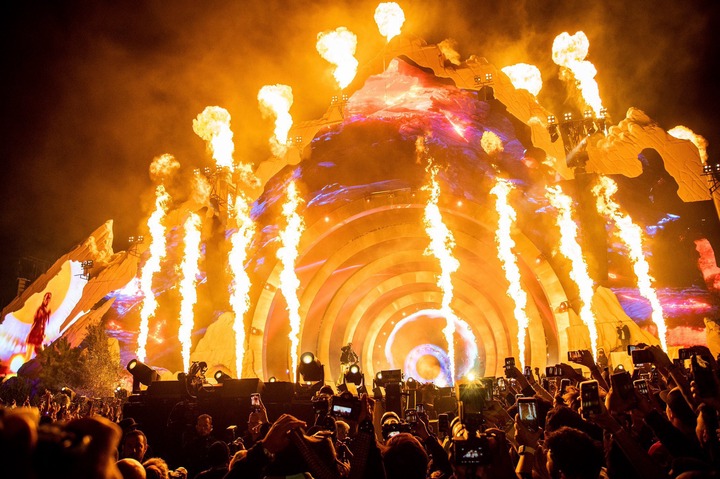 9 the album cover of the songs he released 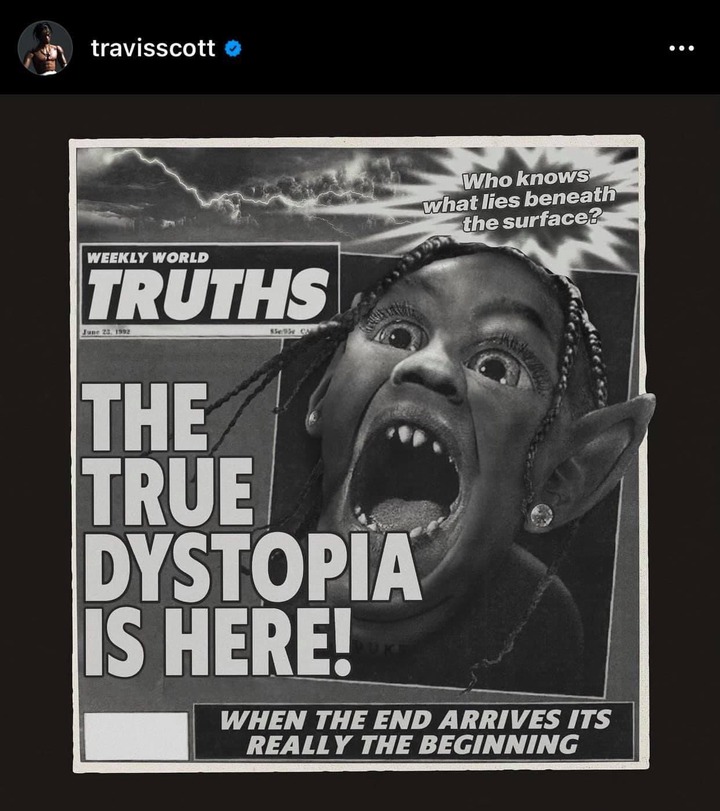 A lot more is being said but lets these were the most things peoole were missing about this festival. With 8 lives lost and more than 300 people injured, travis Scott is currently facing over 7 lawsuits.