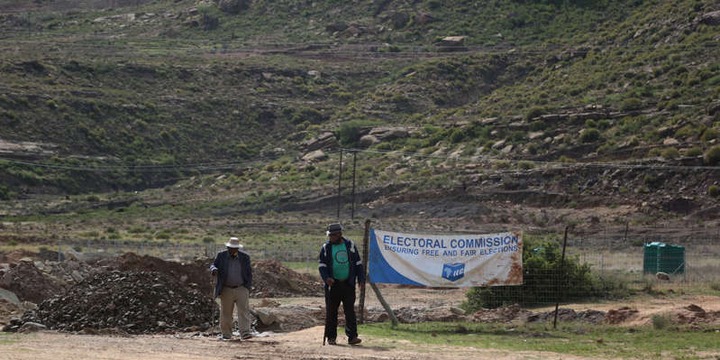 On final voting day, the residents of Phungulelweni shut down the democratic station in Ward 13 of Ntabankulu Local Municipality. They locked Phungulelweni Junior Primary School in fight over an absence of water and awful streets.

Amusingly, the modest bunch of decisions in favor of the ANC (with 16 votes and two votes going to the EFF) provided the party with a somewhat higher level of the vote (89%) than in 2016. Generally speaking in the ward the ANC got 84%.

As per occupants, police were canceled to cut the locks, yet individuals actually didn't go up to cast a ballot.

"I'm 70 years of age and it is the initial time in my life seeing our kin tired of the ANC," said Mavalela Ntlukaniso, a town headman. "Casting a ballot used to be so invigorating here. In any case, an absence of administration conveyance and void guarantees enraged the local area.

"We accept the choice we took should show every one of the authorities, particularly the individuals who have a place with the ANC, to regard the electors."

Sive Ndumelane, of Phungulelweni, said, "We felt that these city authorities are done viewing our votes in a serious way. They are only insatiable for our votes to remain in power.

"On 27 October we assembled a public conference with our civic chairman, Tsileng Sobuthongo, on the grounds that we needed to show her our horrifying everyday environments.

"In her five-year term as our city hall leader, she never visited our town. Yet, we hung tight to no end for her, and we were informed that she was occupied with political races."

Ndumelane said the gathering was rescheduled for the following day. "We hung tight for her again on 28 October, however she never pitched up, and not so much as a conciliatory sentiment was shipped off us. The ANC neighborhood initiative likewise hung tight to no end for her. We then, at that point, felt that our complaints were not imperative to her.

"Around 90% of citizens here are ANC allies. Yet, we chose not to decide in favor of any ideological group or an autonomous competitor since we need to show the ANC something new — that it isn't greater than its allies," he said.

Ndumelane said when it rains the town is removed, the street blocked. The closest towns are Mount Ayliff and Mount Frere.

"Ambulances can't get into our town. We utilize old beds to convey a patient to the rock street, including pregnant ladies. For a dead individual we utilize a stage stepping stool to convey the carcass onto the morgue van at Esingqushweni," he said.

Nine common standpipes were introduced in 2003, and two additional in 2017.

Yet, she said, "If we get water in our taps, it doesn't endure over two hours. At the point when we grumble about this helpless inventory to the [Alfred Nzo] locale district, we are informed that water is a public emergency."

"We just beverage new water throughout the mid year downpours, on the grounds that in 2016 the region worked around 250 RDP houses and gave them JoJo tanks. However, for the remainder of the year we share water in the stream with creatures," she said.

Yoliswa Ntlukaniso, a mother of six, says she brings water at 12 PM. "I go three or multiple times to the stream and climb this slope with a container brimming with water on my head. I actually need to wash my four kids for school and wash the dishes," she said.

"In any case, if I get up late I will observe the water filthy on the grounds that dairy cattle, goats, sheep, pigs, ponies, jackasses likewise drink there. Then, at that point, I need to delay until the water clears."

Representative for the Ntabankulu Local Municipality Lungisile Mzanywa said, "The region knows about the condition of access streets across Ntabankulu. We have since quite a while ago conceded … that we have an accumulation … Much of our assets throughout the years have been generally put resources into power in light of the fact that the greater part of the fights were about power.

"Our respectable civic chairman has looked for help from the common government to abbreviate this accumulation."

Mzanywa said the civic chairman sent an assignment yet the local area was not happy with this. He said she was unable to go actually to Phungulelweni on the grounds that "we have 100 towns and the civic chairman's visits are ward-based".

He guided all inquiries in regards to water issues to the Alfred Nzo District Municipality. Its representative, Xolile Patela, has not reacted since a week ago.