CAPE TOWN – The bravery of a truck driver and the activities of police culminated in the arrest of three criminals immediately after a vehicle was kidnapped in Mbekweni, Paarl.

According to police spokesperson Dawood Suliman, a meat delivery vehicle was hijacked in Mbekweni on Wednesday at 2.20pm by three unknown armed suspects who demanded money and mobile phones from the workers.

"The suspects used a crowbar to steal a safe containing cash from the truck, and then fled the scene in a white VW Polo."

"The truck driver followed the suspects after the incident and observed police officers patrolling the area and informed them using hand signals," Suliman added.

The suspects stopped their car and escaped on foot while being followed by police.

“Mbekweni Crime Prevention Unit members, with the assistance of Boland K9 Unit gave chase and managed to apprehend all three suspects. Two firearms which were used during the hijacking and the safe were seized. It was discovered that the vehicle used to commit the crime was reported hijacked in a Bishop Lavis case,” Suliman said.

The three suspects aged between 28 and 41 were arrested for hijacking and possession of prohibited firearms, and are due to appear in the Paarl Magistrates court once they have been charged.

In a separate incident, police have appealed to members of the public to come forward with any information following the release of images from surveillance footage during a robbery in Kensington. 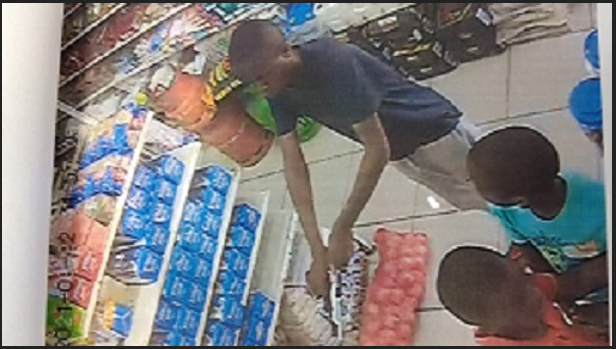 On Wednesday, three unknown armed individuals pretended to be customers and entered a retail business on the junction of 4th Avenue and 4th Street in Kensington.

"The clients were made to sit on the floor, and the suspects then robbed the establishment of an undisclosed quantity of cash and belongings." At no point were bullets fired. The culprits escaped on foot in an unknown direction and have yet to be apprehended. Kensington police are looking into a commercial robbery."

Anyone with information is requested to contact the investigating officer, Warrant Officer Cameron Morgan, at 074 589 0930, or Crime Stoppers at 08600 10111.

:See 5 Romantic Questions For Getting To Know Your Partner Better.