Two boys were caught on camera laughing at the door-to-door campaigns of President Cyril Ramaphosa. Mr Fikile Mbalula, aka Mr Fix it, shared the pictures on his Twitter handle saying that president Cyril Ramaphosa was warmly received at his door-to-door campaigns. However, a closer zooming of the pictures shows that two boys were laughing at the campaign party from a distance. They climbed to have a clearer view of the so-called warm reception. A Twitter user who observed the pictures closely told Mr Fikile Mbalula, “19 people only? nimuncu shem “warm reception” se poes. You people are so desperate for warm reception. Voetsek”. The transportation minister is using his Twitter handle to vigorously campaign for the ANC, saying that the party is lifting South Africans out of poverty. Furthermore, he urged for more votes and support so that they can do more for the people of South Africa. 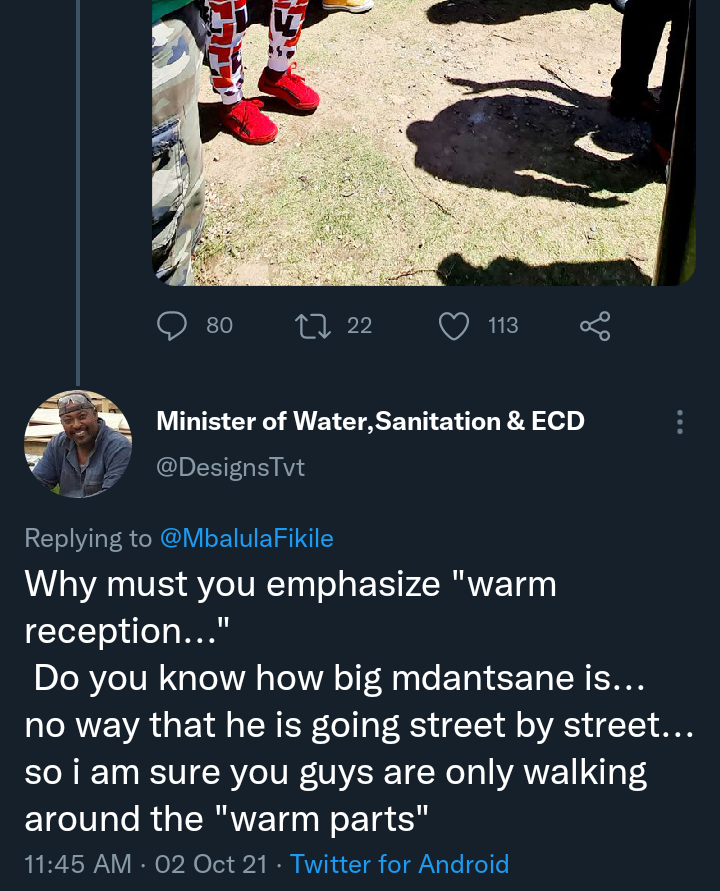 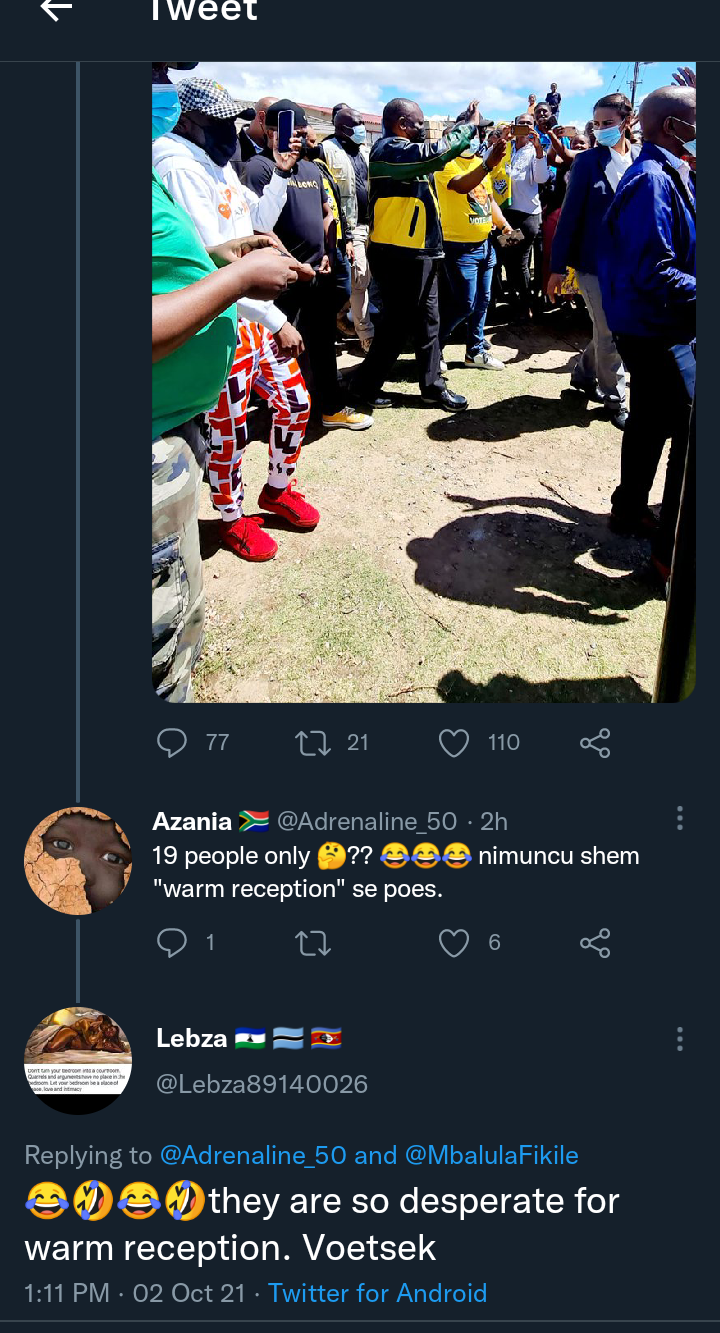 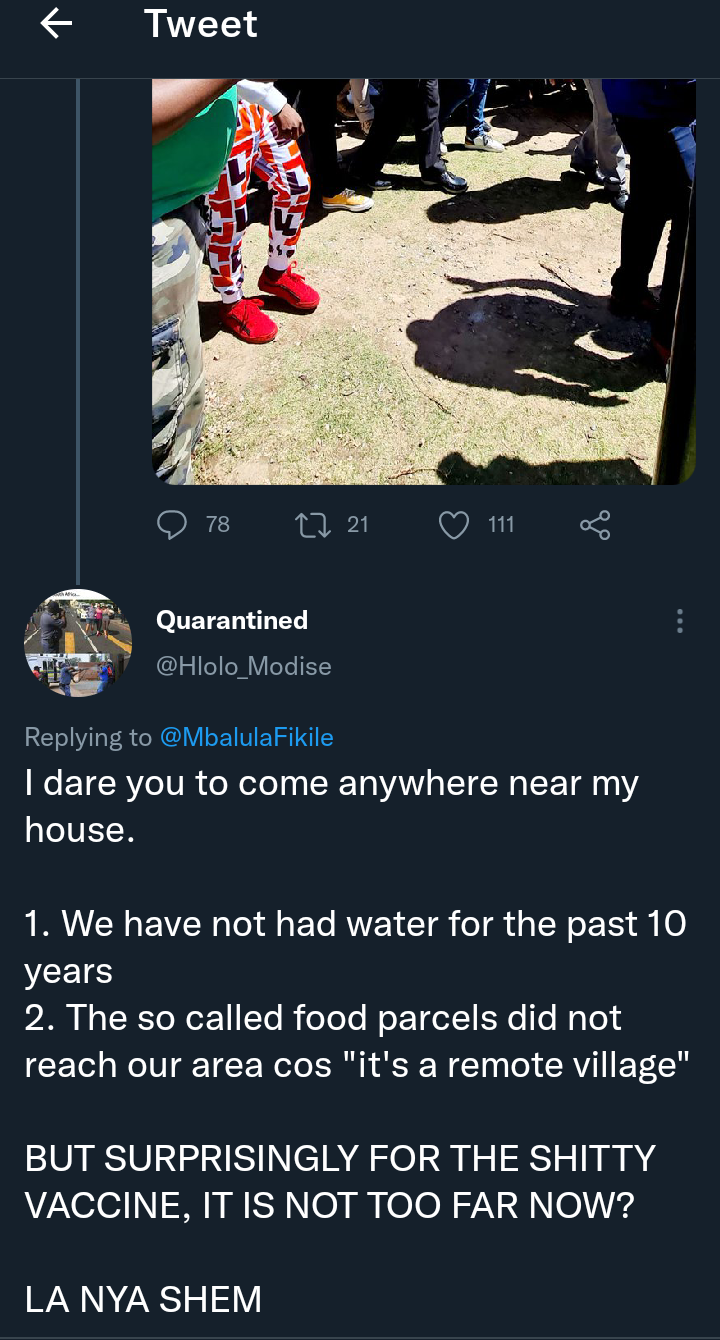 However, many people in fact are seeing the opposite of what Mr Fikile Mbalula is saying. They reasoned that they have given the ANC more than 27 years to fix the country but instead, they became part of the problem now facing the country. A youth informed Mr Mbalula, saying, “I dare you to come anywhere near my house.

2. The so-called food parcels did not reach our area cos “it's a remote village”

But Surprisingly For The Shetty Vaccine, It Is Not Too Far Now? LA NYA Shem”. Many people are complaining that they do not have water and electricity and warned the ANC Campaigners never to venture near their door step while doing their so-called door-to-door campaigns. Another youth told Mr Fikile Mbalula, “I wish you guys can also come to my house one day with your door-to-door campaigns. I will find pleasure in telling all of you to Voetsek”. The ANC is not finding it easy campaigning for this upcoming elections. 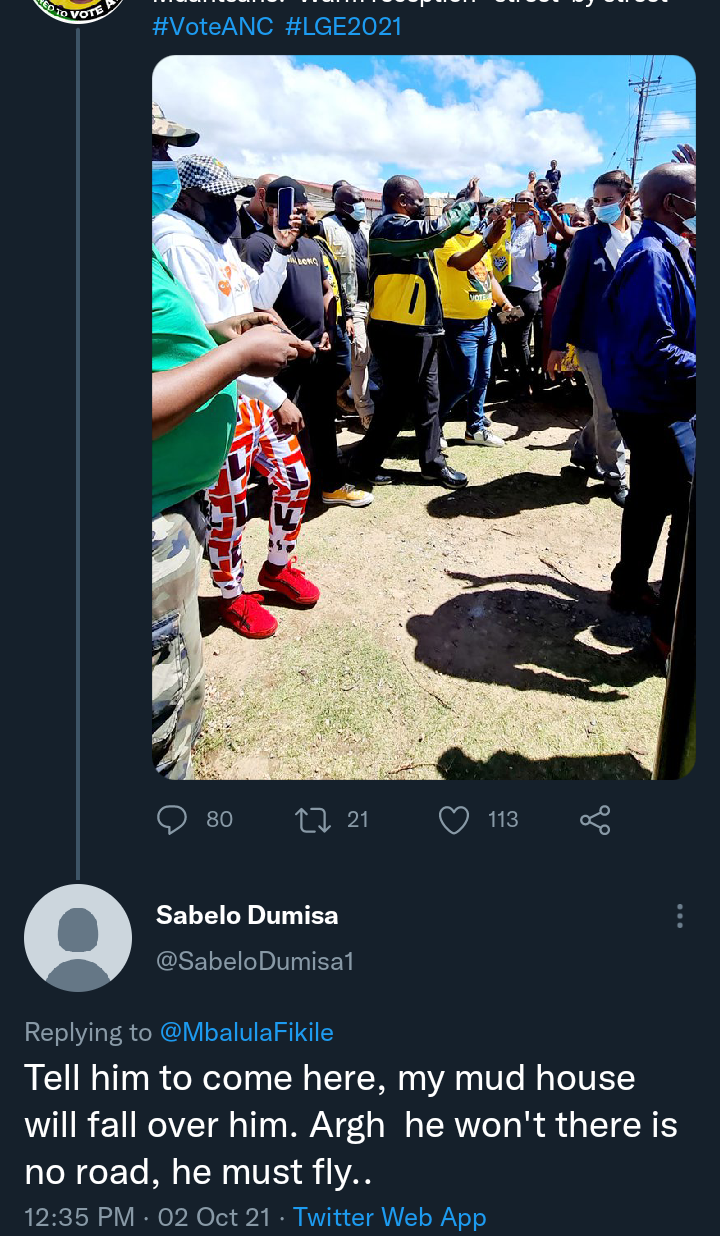 Despite the presence of President Cyril Ramaphosa who is supposed to draw more crowd and people to the campaign, only few people are turning up. Another youth told him, "Tell him to come here, my mud house will fall over him. Argh, he won't there is no road, he must fly… Why must you emphasize “warm reception…"?

Do you know how big mdantsane is… no way that he is going street by street… so I am sure you guys are only walking around the “warm parts”? Mr Fikile Mbalula will be tired of accommodating criticisms very soon.