By spicynews (self media writer) | 27 days ago 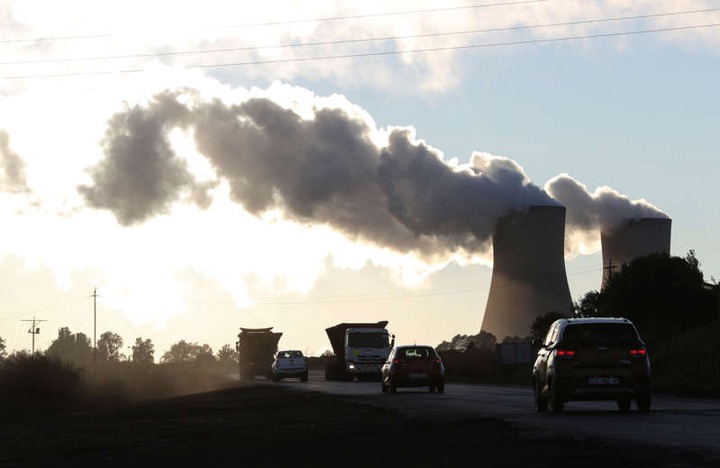 Taking another look at the Turkish power ships deal, accounting for more supportable power supplies and fixing the nonstop issues at Medupi and Kusile are among the best decisions the public position needs to fix SA's power issues.

As another multi day stretch of weight shedding beat the country's at this point endeavoring economy, the public authority was standing up to some outrageous decisions, monetary trained professionals and energy examiners told TimesLIVE.

"There are confined decisions open to Eskom to settle the situation, taking into account that the hardships that have overwhelmed Eskom have made over various years," said North West University business expert Prof Raymond Parsons.

The issues were the eventual outcome of a "long-standing" blend of factors going from deceived energy techniques to degradation and goof, said Parsons, adding that load shedding was relied upon to avoid an outright breakdown in the public grid.

To improve the position, both the public power and Eskom would have to make do briefly while long stretch fundamental changes were completed, he said. Potential exercises included assembling particular experts from outside Eskom and the public position to pool considerations on how the utility could adjust, and releasing authoritative clamor and actuating creators as far as possible and work with their stock coming on-stream.

"There are indisputably different experts outside the public region with helpful advice and data that can help Eskom with overcoming," he said. "There's a premium on off the cuff creation now."

The public authority may in like manner need to relook at the Turkish power transport recommendation as a transitory decision anyway under more palatable conditions, said Parsons. "The costs of not getting as far as possible on an emergency reason may now be higher if SA doesn't act right away."

Accepting weight shedding was unpreventable for the accompanying very few years, Eskom could think about leftover perpetually before a crowd of people one.

"This would give associations and families a more huge degree of consistency inside which to plan, yet with more affordable interference," he said.

"In the accompanying short time, they have no plan aside from to do whatever amount of help fill in as could be anticipated," he said.

Jammine saw that mid year was by then here and that power demand should not be anyway severe as it would have been.

"Perhaps we're having a heatwave and using environment control frameworks," he said.

In the more lengthy out term, the public authority expected to stimulate renewables whatever amount as could be anticipated while moreover understanding that they have their cutoff points. "You need baseload energy creation since, in such a case that the sun disappears and the breeze goes, you really need some power and that is where coal really has a critical impact to play," he said.

Given SA's tremendous stores, coal was most likely going to expect a basic part in power age for "a few years", he added.

Nuclear power would moreover have to figure in the country's future power age.

"The test with nuclear is that the erection of nuclear plants is remarkably exorbitant anyway at whatever point you make them go, the useful costs are amazingly low," he said.

The most unsettling issue with the now-abandoned nuclear game plan that past president Jacob Zuma had embraced with the Russians was that the cost would have been ruinous.

"It would have suggested an astonishing straightforward commitment that would have harmed the economy," he said. "I was unable to say whether we would have necessitated that much nuclear power. A 2,000MW plant may have been sensible rather than the 9,600MW which was the Russian course of action."

Jammine urged the public position to allow associations to create their own power.

He featured the wood business, for example, which had gigantic proportions of waste from tree-felling exercises which could be used to create power for the space, with abundance power being proposed to the public network.

"The foremost decision would mean dealing with the current fleet of power stations yet its larger part isn't open for power age," he said.

It was significant that the issues at the Medupi and Kusile coal-ended megastations were decided to follow they ran suitably. Yelland added.

Power customers would moreover have to expect a section, he forewarned. "We need to cut the unnecessary use of force," he said.

Decisions included weight moving which would incorporate, for example, regulator of wellsprings so they were not on continually, similarly as more broad use of energy-capable devices like stoves and garments washers, and low-energy lights.

Period of-usage obligations could similarly be executed where customers were charged truly during top hours.

"Current economies all usage these techniques to get more reserve," he said.