WATCH: PAC Learder Reply To The Death Of De Klerk- We don't care about De Klerk's Death we're the victim of De Klerk 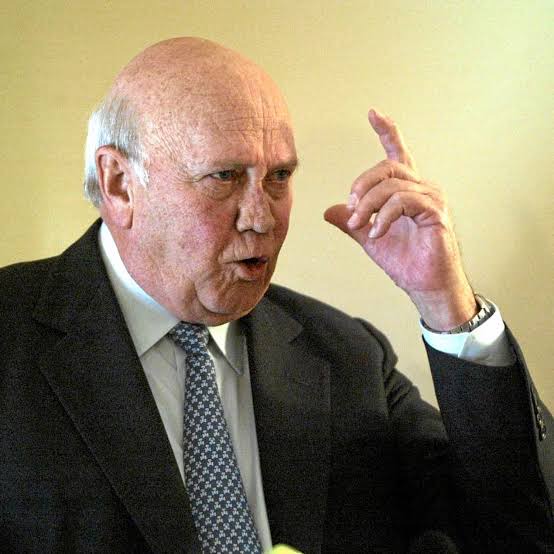 Frederik Willem de Klerk OMG DMS was a retired South African politician, who served as State President of South Africa from 1989 to 1994 and as Deputy President from 1994 to 1996. He was the former president of South Africa and the last white person to lead the country, who has died at the age of 85. It is said that FWDe Klerk had been diagnosed with mesothelioma cancer that has affects the lining of the lungs earlier this year.

Carl Niehaus on the death of FW De Klerk: Racist apartheid criminals such as #FWDeKlerk shouldn’t die peacefully at home. They should die in prison where they belong all along. He once raised eyebrows when he denied that apartheid was a crime against humanity even though the UN had long declared it as such. 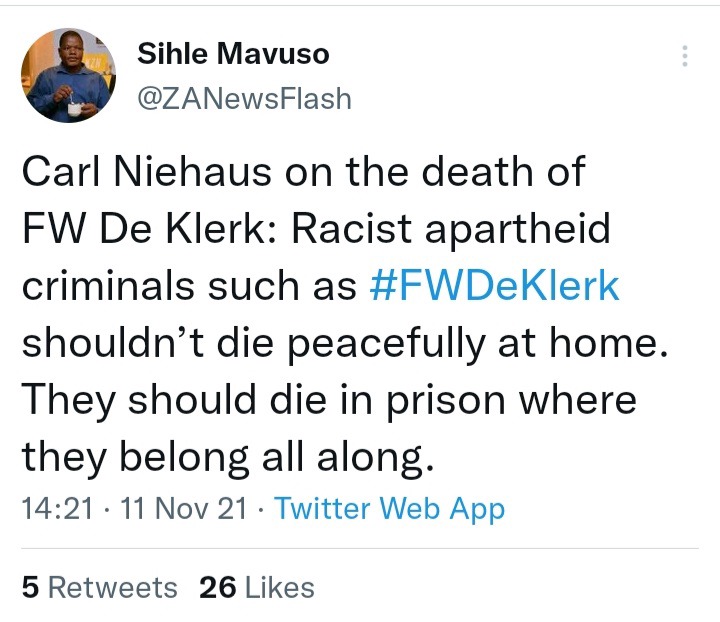 He was also accused by freedom fighters of ordering assassinations during his time as president. As such, some apartheid victims and former guerrillas wanted him to be prosecuted before he dies - a wish that never came to fruition. De Klerk spent most of his time in Cape Town.

PAC President Mzwanele Nyontsho responding to the death of former apartheid president FW De Klerk. He said De Klerk's body should be thrown into the sea instead of burying it on South African soil. Video sourced from SABC News.

According to him De Klerk has a history that no body likes. He is responsible for many black peoples suffering in the country. Apparently he revealed that he himself has opened a case against him about the five black kids that he killed. PAC President Mzwanele Nyontsho is hoping that FW De Klerk does not get state funeral for the people he has killed and touched.

Thank you for reading this article. What do you think of PAC President Mzwanele Nyontsho statement? 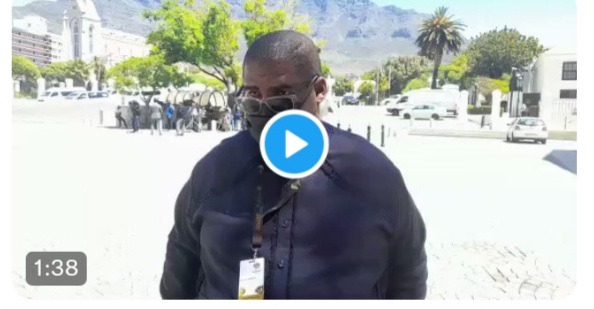 Do you support the statement or not? What is your view and say.

Let's talk about it.