The woman that doing runs at night here in polokwane, we have heard that they are crying for sex work to be legalized, so that they can be able to protect themselves and their business against abuse or any form of treatment that they get from their clients.

I can see that there are people that are supporting this, I saw on the comment someone saying this will make the rape crime to go down and the others are saying, it is a good initiative. There also s someone who is saying clients don't want to be seen, so they prefer sex work to remain secrets and illegally.

So there is no way in which this can make rape crime to go down, because a lot of people will not be able to afford it, which will make people to end up raping them or kidnapping them just to have their way over them.

So it does not promote anything good, anywhere, in the first place when people are going into this kind of business, have already calculated the risk that is attached to it. They have already know what they tend to gain and what they stand to lose. The legalisation of it it can only work on the South Africans and foreigners with legal documents, but those that do not have legal documents, they will continue to do it illegally.

We also know that they are those who are underage but involved in this work. There is no way in which they would want to legalize themselves, knowing that they might be arrested for it. Some don't want their parents to know that they are doing this kind of work, which means not everybody would want to have sex work legalized. The relevant department must deal with it accordingly, we will just wait and see the outcome. 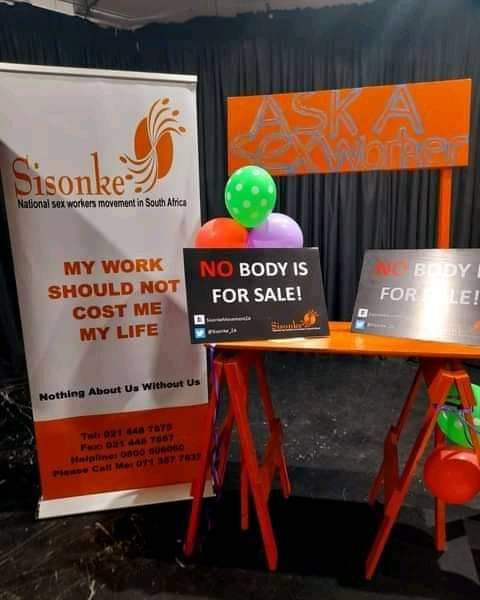 The National Sex Worker Movement of South Africa ( Sisonke) , Sex Worker Education and Advocacy Taskforce (SWEAT) together with various stakeholders and other organisations including Southern Africa HIV and AIDS Information Development Service (SAFAIDS) has on Friday, 17 September 2021 embraced the spirit of solidarity during Limpopo Sex Worker Pride held in Polokwane under the theme “sex work is work, my work should not cost me my life”.

It follows after sex workers in the Province face unacceptable levels of violence , stigma, discrimination and other human rights violations, therefore it puts them in situations making them considerably more vulnerable to HIV/AIDS.

Sisonke and SWEAT advocates for the decriminalisation of sex work in South Africa by raising public awareness of the human rights violations suffered by sex workers under the outdated criminal legal framework.

Dumba says they are having a good relationship with the Department of Health through other organisations working with them in making sure condoms and lubricants are distributed to various sex worker’s workplaces also the Department is playing a huge role making sure they get tested for sexual related illnesses and access treatments.

SWEAT Human Rights Defender Josephine Malema says they advocates for sex workers health and human rights through the removal of structural and legal barriers which impact on the provision of HIV, TB and STI services.

“Limpopo is considered as a border Province and this has made a lot of unemployed migrants to venture into sex work since they could not find employment due to legal documentations and the police arrest them claiming it’s border jumping ,force sleeping with vulnerable sex workers" Duma said