Loved Scandal Actor Allegedly Threatened To Kill His Girlfriend, Her Family And Himself

By HottestNews (self media writer) | 7 days ago 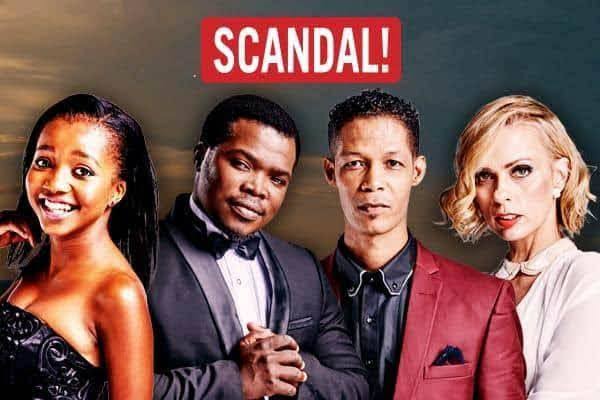 Given Stuurman, who plays Kgosi on E.tv's Scandal!, has threatened to kill his baby mama and commit suicide.

In one of their domestic violence episodes, the popular actor threatened to kill his child's mother and daughter and commit suicide, according to the Sunday World.

Stuurman has reportedly threatened to kill her uncle, father, or anyone who tries to protect her, according to her girlfriend.

ORDER OF PROTECTION AGAINST STUURMAN

His baby mom has now filed a protection order against the actor in the Booysens magistrate court to safeguard herself and their daughter.

According to the publication, the actor attempted to hit his baby mom with a phone, but missed and hit a wall, causing the phone's screen to break.

To keep their daughter's identities hidden from the public, his baby mama refused to confirm her names.

When Stuurman's baby mother visited him in August, she said he refused to give her money to repair the phone.

He also instructed his baby mother to come back alone so he might kill her by refusing to get their daughter's toys and clothes from his house.

"When we were at his place of residence, I was aggressively held and shoved around for the majority of the time."

Stuurman, she claims, is an aggressive person who swears and pushes her when he is upset.

"He always says that if he can't care for his kid, no one else should be allowed to, and that he'd rather murder himself, my daughter, and me." The actor's estranged spouse also alleged that he has yet to sign the protection order since his mother has informed police that he is not at home every time they attempt to serve it to him.

Could this be another case of celebrity-gender-based violence? Could the allegations against him be true? If that's the case, what will happen to him, and will his career be over?