By Flammydesk (self media writer) | 28 days ago

Dave Gaybba has stated that Helen Zille should retire. He made this statement on Twitter in response to something Helen Zille had written that displeased him. Helen Zille, the leader of the Democratic Alliance, has stated, "State capture does not include businessmen seizing control of politicians. It is a party that is not in power controlling governmental institutions and exploiting them to abuse power. Zuma seized state control. The Guptas were then easily able to capture Zuma. However, Dave Gaybba had an entirely different viewpoint on this topic. He wrote, "Clearly, @helenzille, it is time to retire. This state was seized prior to 1994. Rupert will tell you that globalists grabbed Ramaphosa with free stock because they knew he would become president. #CR17… The capture of political parties by mining companies, Naspers, etc. Explain #Glencore to us. #IndependentSA" The problem is that many South Africans are unaware of which component was captured; all they know is that there was a state capture. 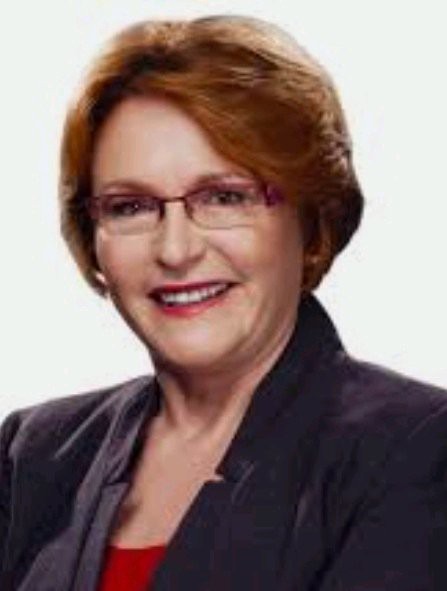 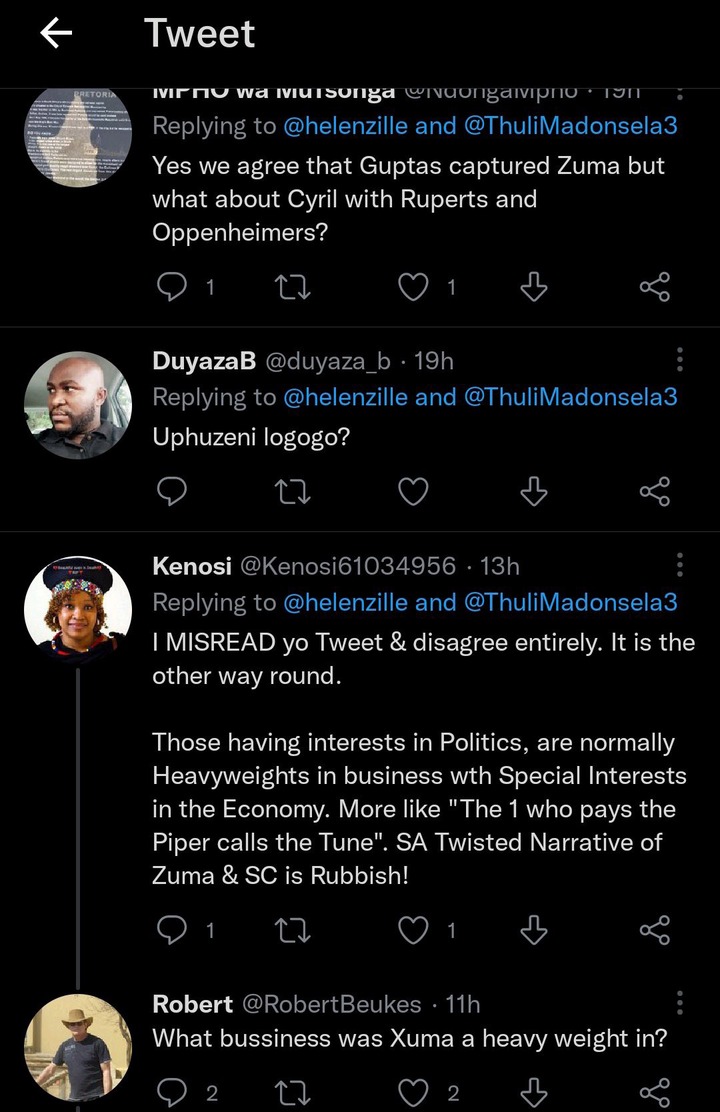 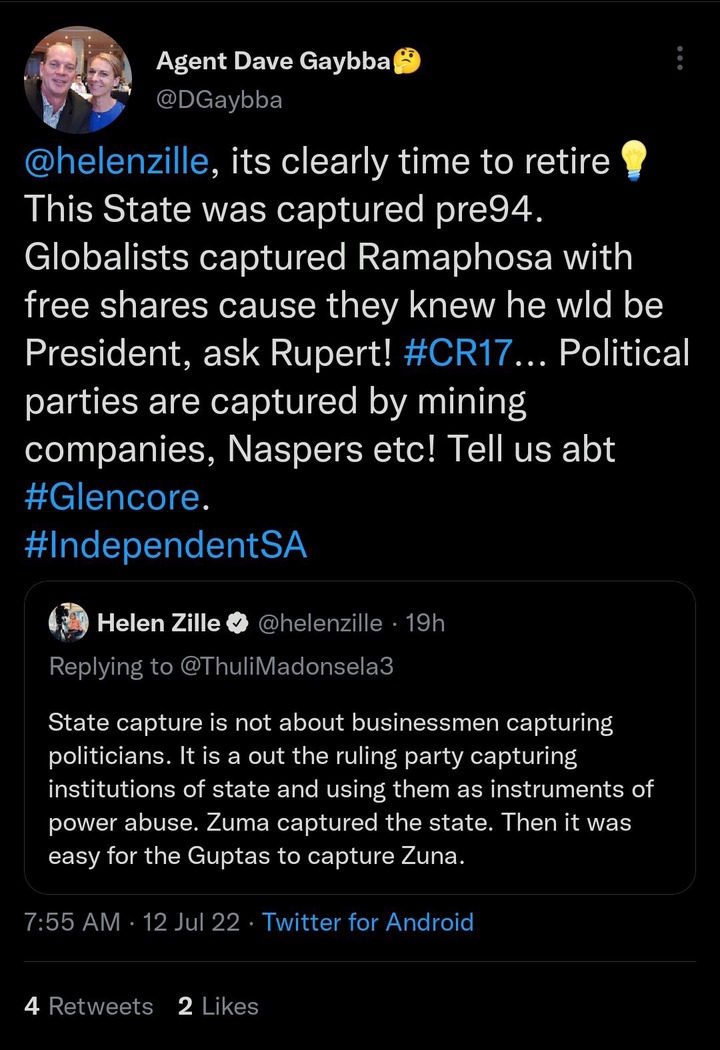 Dave Gaybba remains one of President Cyril Ramaphosa and his administration's most outspoken detractors. He has frequently used his Twitter account to demand that President Cyril Ramaphosa step down. The cabals are the ones managing the economy, he stressed. In addition, he has now turned his wrath and dissatisfaction at Helen Zille, advising her to leave politics. Politicians in South Africa rarely resign from politics. They view it as one of the most profitable works ever created. South African politicians are, on average, 62 years old. Another person informed Helen Zille, "While I agree with the notion of state capture, it is a process that begins with the disintegration of governance structures and the expansion of the cabinet and SOEs. If Risk Management had not been so terribly misaligned and misunderstood, perhaps the outcome would have been different. How would you best define state capture? Numerous individuals have argued over this for some time.