Simon Grindrod has come out to say something about the electricity crisis rocking the nation, as he faults Ramaphosa and Eskom. Mr Grindrod wrote that Ramaphosa called numerous family meetings because of Covid-19 Vaccine, but he has not called anyone to address Eskom problems. The famous critic and analyst lamented the situation of Eskom, saying that it is now that the family meeting is even needed. Simon Grindrod took to his Twitter handle and dropped this bombshell, “The same Ramaphosa who called ‘family meetings’ almost every week to impose Covid-19 restrictions is missing in action when the nation suffers during a power, fuel, and food price crisis”. Furthermore, lamented that the president left the country in darkness and went abroad, “Cyril blue-ticked the nation for a week to go charge his phone overseas. Eskom are making it up as they go along. Pravin is hiding in the stationery cupboard. John went to lay charges again, but nobody cares. Julius wants to fire everyone. It’s only Thursday”. 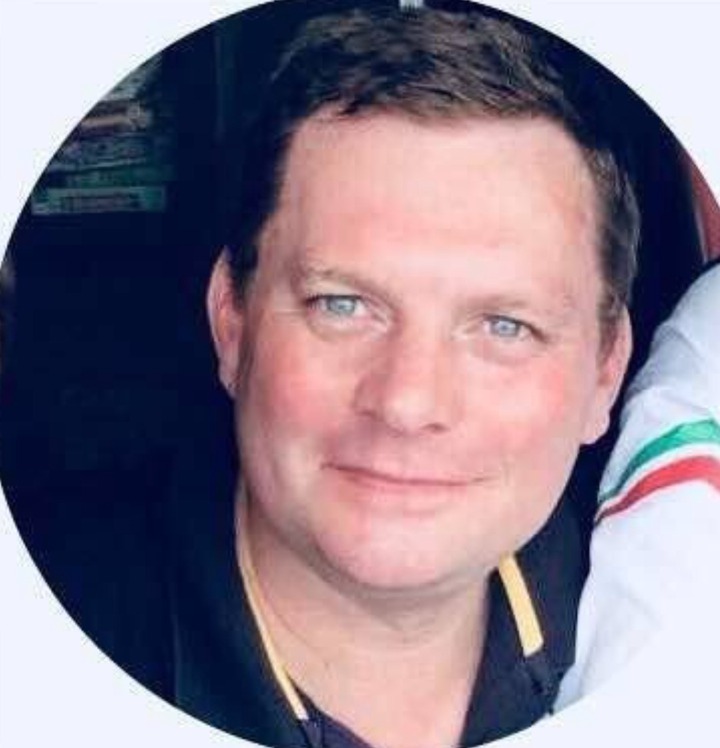 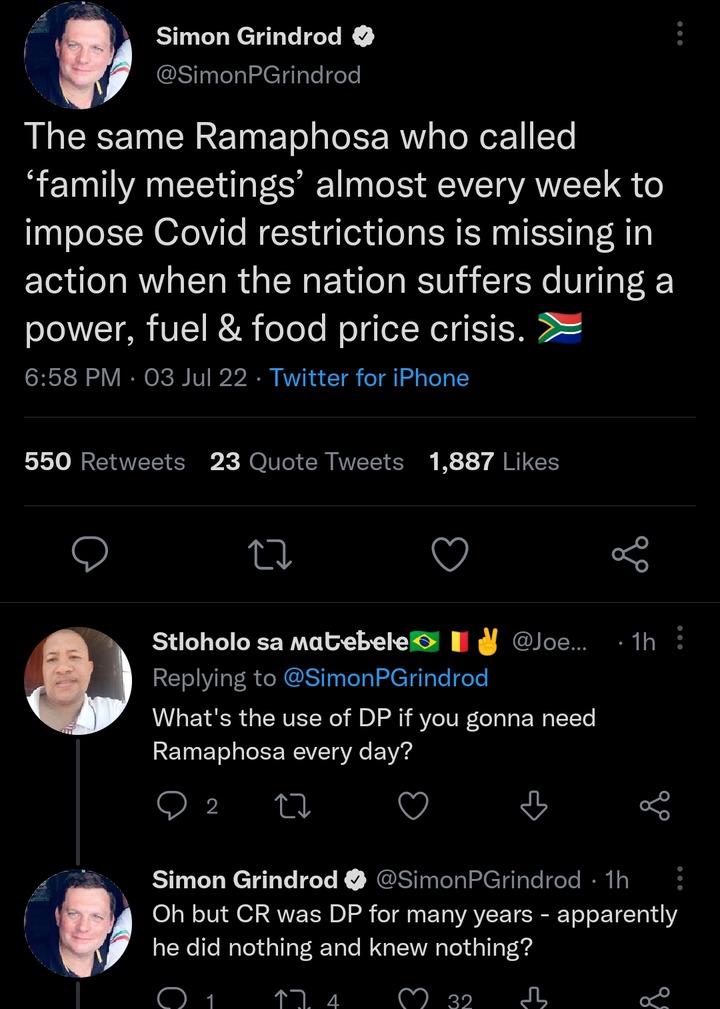 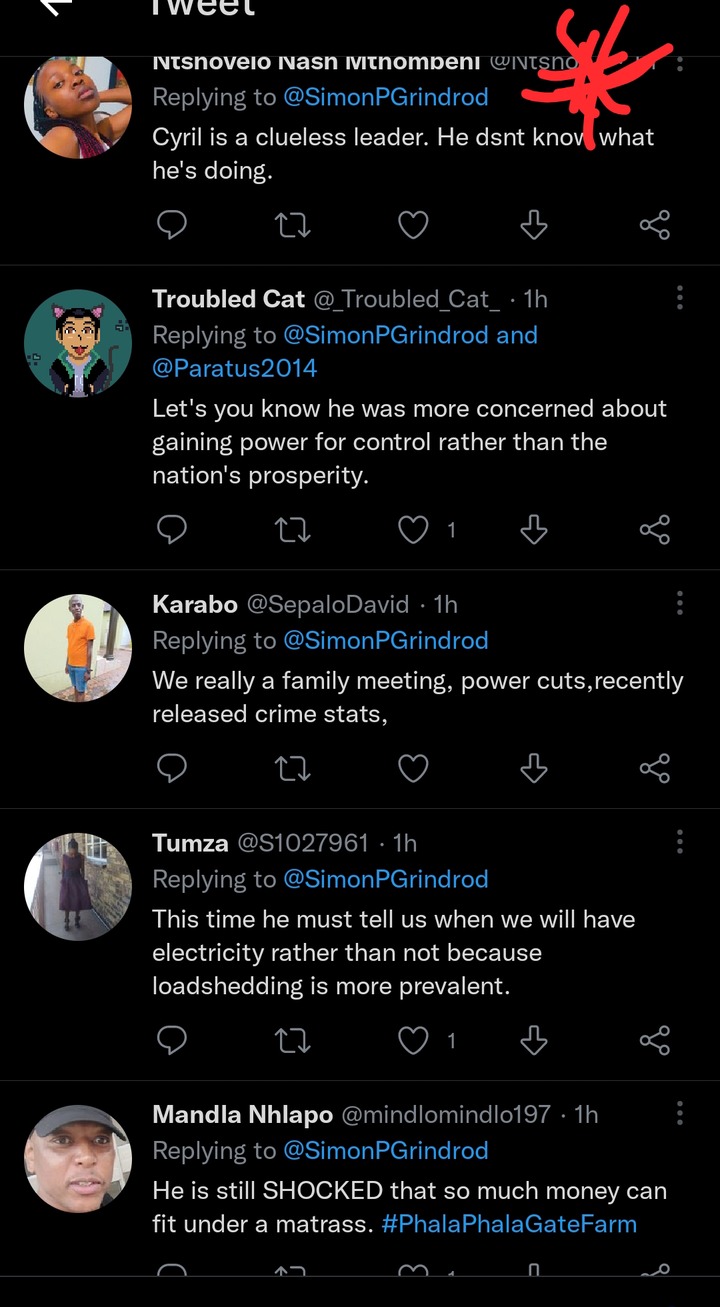 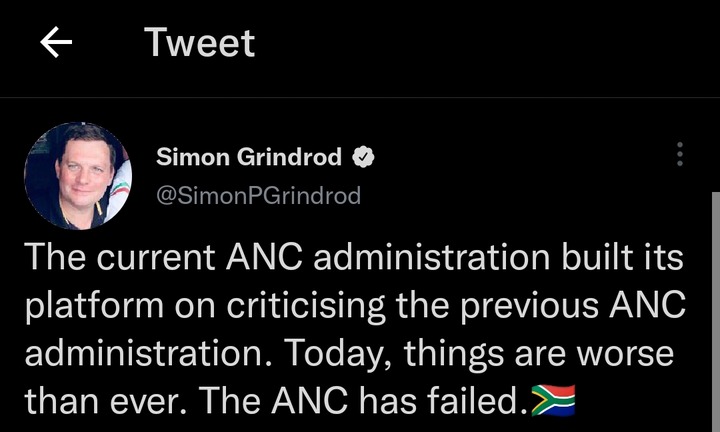 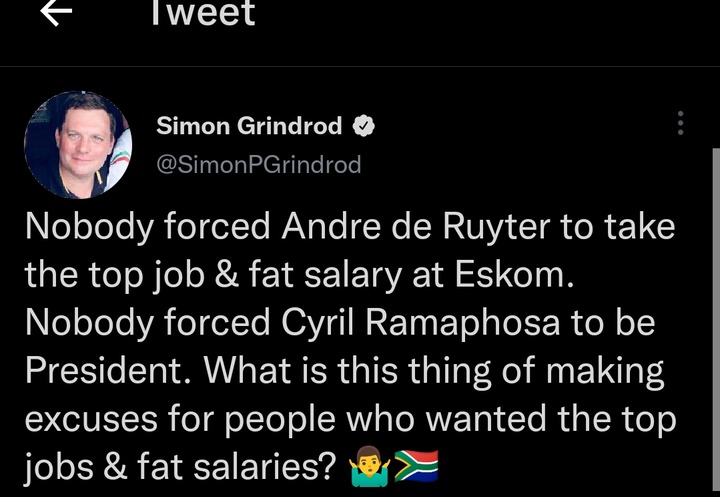 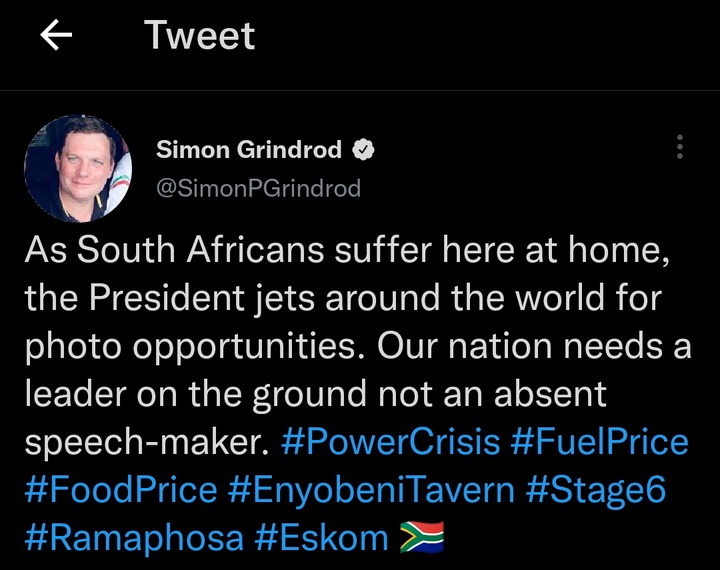 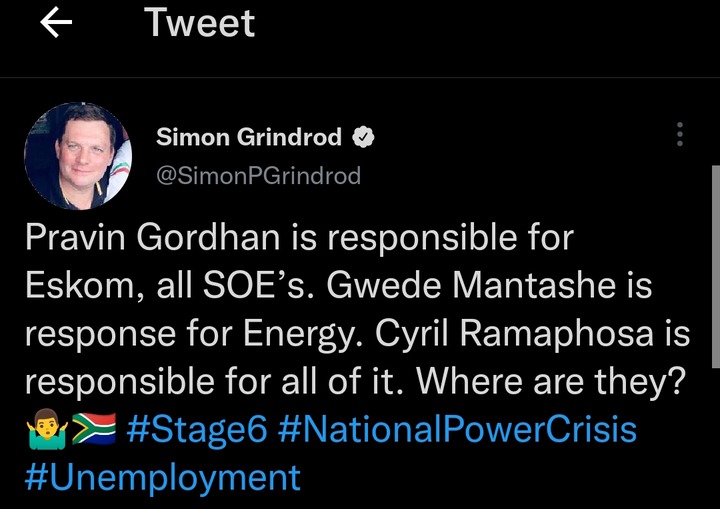 Simon Grindrod made it known that it the ANC that should bear the large chunk of the blame, “The current ANC administration built its platform on criticising the previous ANC administration. Today, things are worse than ever. The ANC has failed. Pravin Gordhan is responsible for Eskom, all SOE’s. Gwede Mantashe is response for Energy. Cyril Ramaphosa is responsible for all of it. Where are they? Stage6. National Power Crisis. Unemployment. As South Africans suffer here at home, the President jets around the world for photo opportunities. Our nation needs a leader on the ground, not an absent speech-maker. #PowerCrisis #FuelPrice #FoodPrice #EnyobeniTavern #Stage6 #Ramaphosa #Eskom”. 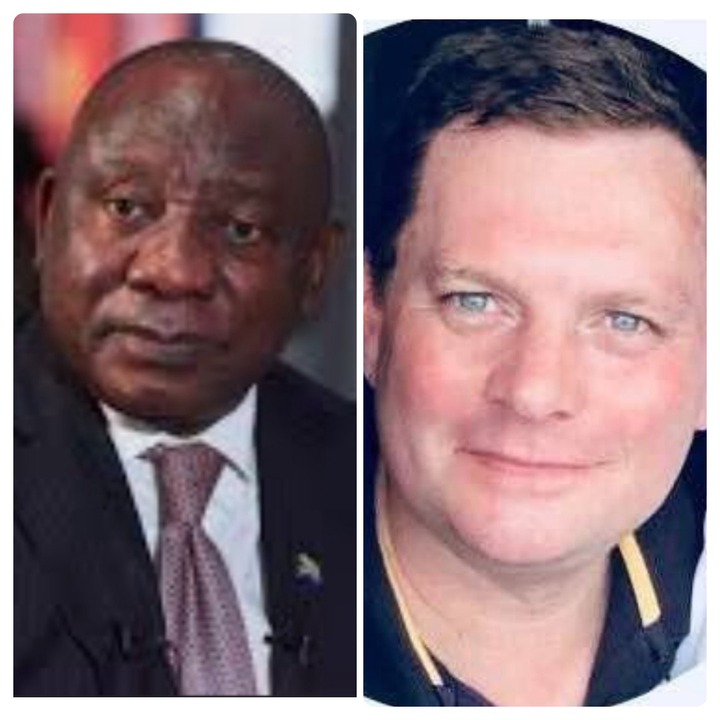 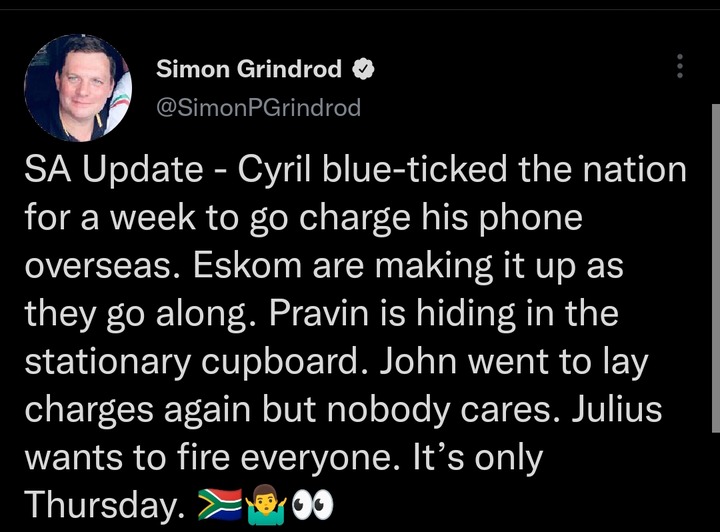