The former president Jacob Zuma. The only man in the history of the South African president who has been arrested and without a trial. Zuma was arrested without a trial after he failed to comply with the Constitutional Court Order of appearing before the state capture. 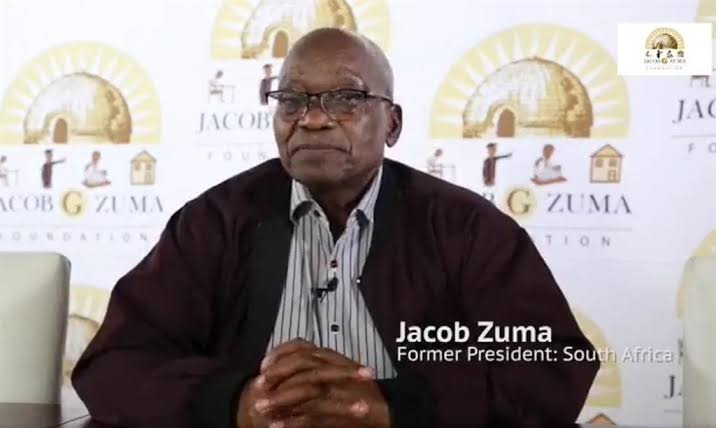 Zuma was arrested and released on medical parole. This has now been recorded in the book of history and young generation will be learning about this in years to come. We hope so.

The Jacob Zuma Foundation has issued a statement saying that those who wish to attend the prayer should ensure that they connect with the spokesperson of the Foundation Mzwanele Many. The foundation will also start issuing out the letters of invitations starting from 7 October. 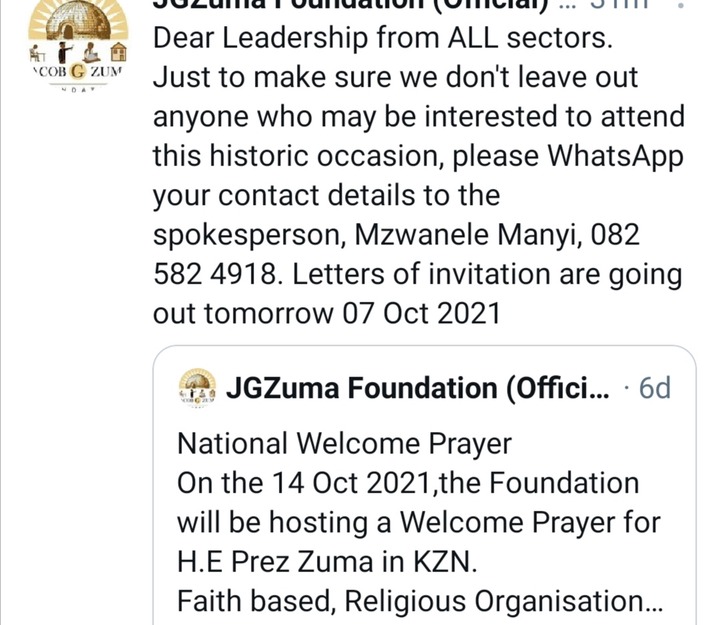 We know that the former president Jacob Zuma is a people's person and it might be expected that there will be a number of people that will be going for the prayer. We saw his followdrs during the time whe he was about to go to prison