Meet The Asmat Tribe, Popularly Known For Headhunting And Cannibalism

The Asmat are a New Guinean ethnic group who live in Indonesia's Papua province. The Asmat tribe's population is estimated to be at 65, 000 persons. The Asmat language, which is part of the Asmat-Kamoro language family, is spoken by them. 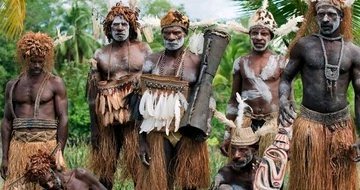 Their way of life and culture are strongly reliant on the abundant natural resources found in their rivers, oceans, and forests. Their wood sculptures are well-known for their high quality. Many of their engraved carvings can be found in museums around the world, and they were regarded as the best stone-age woodcarvers. The Asmat people revere wood because they think they were created from it.

When Michael Rockefeller, son of New York Governor Nelson Rockefeller, disappeared while traveling the region to gather native artwork, the Asmat region catapulted into the international spotlight. He intended to put them on display at a show in the United States. His disappearance is still a mystery. 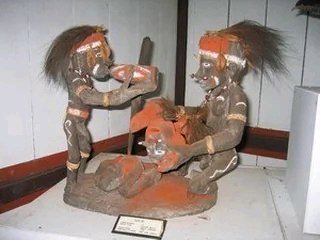 They are also known for their traditional headhunting and cannibalism rituals. The Asmat tribe is the most well-known cannibalistic tribe in the world, and the mere mention of their name used to scare people. Not only did the Asmat hunt for skulls, but they also venerated them. 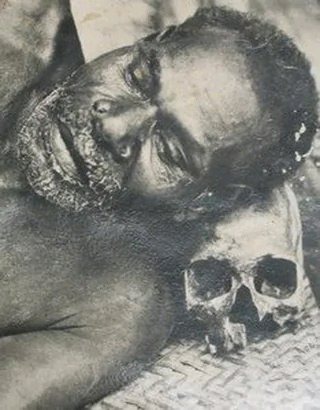 The deceased's skulls are taken from their heads, and their eyes and noses are closed during the operation to prevent evil spirits from entering or exiting. They then use the skull as a pillow and rest their heads on it.

The Asmat were also on the lookout for names. In other words, they believed that by killing and eating a person, they could absorb his strength and become him. This suggests that everyone was given a name after a slain adversary or a deceased individual.

The missionaries' introduction of Christianity aided in the eradication of the Asmat's wicked reputation.

Check Out Blood Sisters Who Hate Each Others Guts. (Photos)

I aborted and always hear the cry of a Baby at night. What is the problem?

I took my wife to the clinic only to find she is HIV Positive. This later happened.