Remember the guy who took a go at Cele? It ended in tears for him after he asked this about Malema

By Proudly_SouthAfrican (self media writer) | 8 days ago

Remember the guy who took a go at Cele? It ended in tears for him after he said this about Malema. 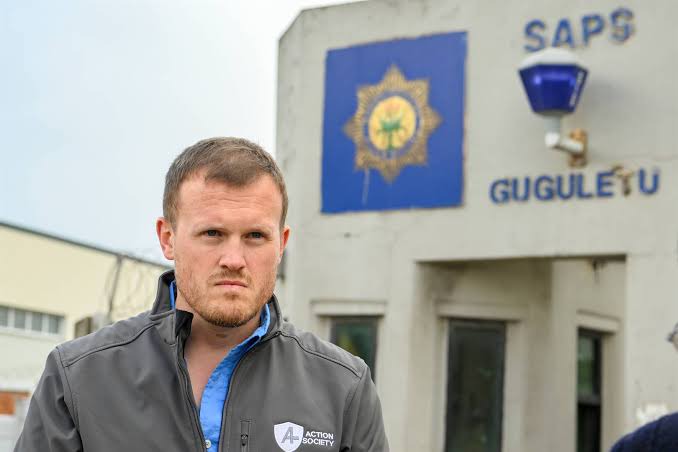 Ian Cameron was praised and supported when he called out Bheki Cele a while ago for not doing his job. Things turned sour for him after he asked a question which related to Julius Malema and the Economic Freedom Fighters and other South Africans took a go at him.

Ian Cameron asked on his Twitter account if Julius Malema was not the one who invited Zama Zamas to South Africa when he said foreigners must find creative ways to enter South Africa. Others agreed with him, but others, especially the EFF members, took a go at him and told him that his grandfathers were the original Zama Zamas. He said " Didn't Julius Malema invite all the #ZamaZamas when he said our borders should be open?".

Ian should never have come for Julius Malema because it ended in tears for him. People said " Your grandfathers did this to us..Dont try your luck..Let black South Africans talk about foreigners, not you wena because you are not for our people and will do anything to see black people vanish"

" Your obsession with the man is very concerning. I think you have to admit that you probably love him now. He is not a president of any country and yet tou hang national issues on his shoulders".

" I blame Bheki Cele for all this, you now sees yourself as someone who holds a high moral ground in our political arena, you even forgot that you are a member of racist NGO (Afri-Forum). I also blame it to those people who allows you to patrol their neighborhood".

Ian should never have involved Malema there. Zama Zamas indeed existed in South Africa before Malema even spoke of an open border policy. At the same time, black people should not take a go at Ian just because he is white. People need to realise that not all white people are the enemy and nothing will ever happen if the black community does not unite with white people in South Africa. Apartheid and colonisation happened years ago and things have been falling apart since then.