By TMvalienews (self media writer) | 28 days ago

With their new acquisition Amadou Soukouna scoring a dramatic late winner on Wednesday evening, Maritzburg United made it back-to-back wins in the DStv Premiership. 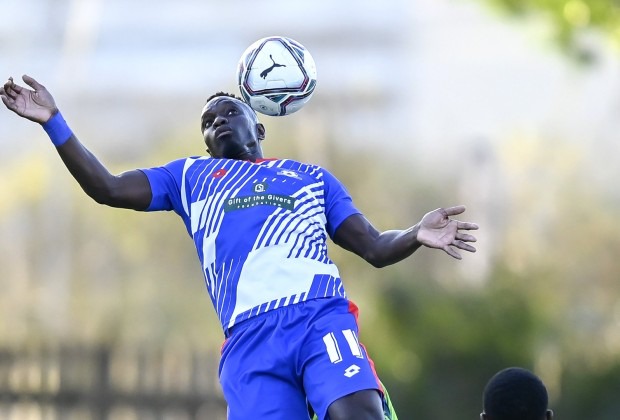 Daylon Claasen of Maritzburg snatched the ball deep inside Marumo's half and raced into the box before passing to Rowan Human, who was one-on-one with the keeper but saw his right-footed close-range shot snuffed away as he tried for the near post.

Marumo had their first chance of the game when Thabo Mnyamane supplied Celimpilo Ngema down the right-hand side of the box, who hit a shot at keeper Marcel Engelhardt's near post, which the keeper easily blocked.

For both sides, opportunities were few and far between. In the first half, Maritzburg had no shots on target while Gallants had only two.

At halftime, Middendorp made two changes to his Maritzburg team, replacing Human and Richard Zumah with Nazeer Allie and Leletu Skelem. In the meanwhile, Miguel Timm took over for Edgar Manaka. 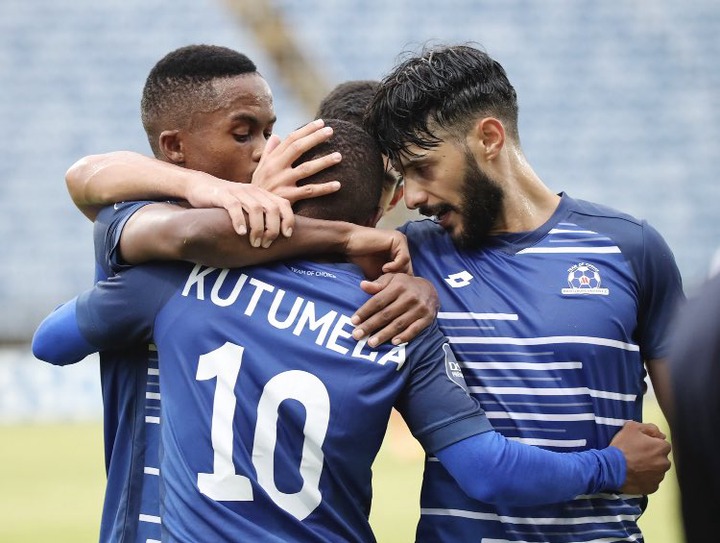 In the second half, the game began to open up, and 10 minutes after the break, a diagonal was played to Thabo Mnyamane on the right side of the box. Mnyamane was through for a brief minute after Maritzburg defender Allie lost his footing, but Riyaaz Ismail ran across smartly to cover for his defensive partner.

Brandon Theron's exquisite cross from the left was cleared off the toes of Leletu Skelem and away for a corner in the 67th minute, with Ryan Rae headed over from the resulting Theron set-piece.

With 10 minutes remaining, Ngema sent in Mnyamane down the left-hand side of the box, and despite the tight angle, he should have done better as he scuffed tamely into the side netting.

The Team of Choice snatched all three points in the most dramatic of fashion when Amadou Soukouna received the ball on the edge of the box and swiveled before striking the ball into Arubi's top left-hand corner, despite the Zimbabwean getting a hand to it on its way in, as Gallants remained bottom of the table.