By Masters_Crew (self media writer) | 23 days ago 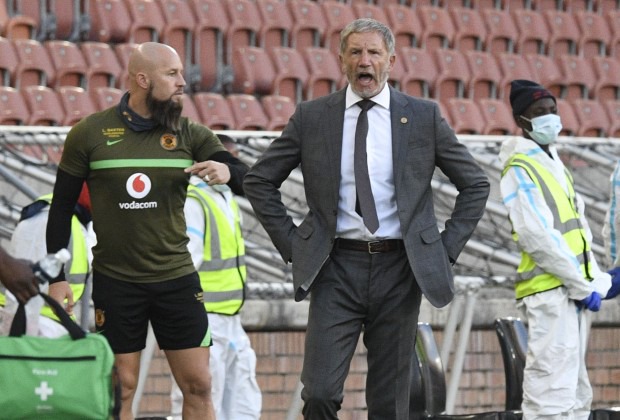 Kaizer Chiefs lead trainer Stuart Baxter was empowered by what he saw from his charges in the second half against the winless Marumo Gallants.

Bosses couldn't enlist their second success subsequent to playing to a goalless draw at the Peter Mokaba Stadium on Sunday evening.

"I think it was an extremely challenging game for one or the other group to gain any ground. I think as I said before the game I think set-plays would have been a method of dominating the match. I wasn't content with our force in the principal half and with our ownership," Baxter told SuperSport after.

"Halftime we transformed it. Welcomed Bernard [Parker] on, Lebogang [Manyama] was somewhat short in the tank. Bernard gave us somewhat extra, shown up in the container somewhat more, got the ball around their case. I think we played better. As you say they had those obvious possibilities. It was a troublesome one.

"I think on occasion we improved. The initial 20 minutes against Royal everything was all good. We parted with a senseless objective and go on the backfoot and pursue the game and lose the plot.

"Around evening time, second half I think we gained a touch more headway. We were a smidgen more strong at the back separated from a few set plays where Daniel's assisted us with trip like their attendant aided them out.

"I think we've played more like the manner in which we can play in case we will begin dominating matches the more extended the game went on. Our ownership got more keen, our backline was higher and more intrepid. We got balls into their container, we were compromising while for significant stretches against Royal we weren't undermining. However, we actually need to dominate matches. We would prefer not to play 0-0."