Seif al-Islam Kadhafi, son of deceased dictator Moamer Kadhafi, has registered to run for president next month. Libya's first direct presidential election, with a first round on December 24, would signal the culmination of a year-long UN process to try to end years of unrest since the 2011 rebellion that overthrew Kadhafi.

"I think Seif's nomination is unfair because he is still wanted by the ICC, has multiple decisions against him, and is a contentious character." Tripoli inhabitant Nizar al-Hadi. 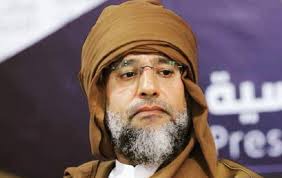 "We will forget the past if Libyans welcome Seif. If there was a general amnesty and only major issues were addressed, like public money and war crimes, without internal conflicts and retribution, I believe he might succeed and Libya would flourish."

An elderly man with a salt-and-pepper beard recited a verse from the Koran and thanked those who helped him, adding "God bless you."

Seif al-Islam was photographed wearing a traditional bedouin robe and headpiece. He received a voter registration card for southern Sebha. 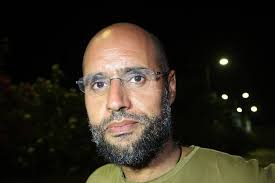 However, in early October, lawmakers separated the dates by delaying parliamentary elections until January.

Foreign countries have pushed for both polls to be held on the same day as agreed last year at UN-led talks.

Seif al-Islam, who was also condemned to death by a Tripoli court in 2017 for crimes committed during the rebellion, has been rumored to run for president for months. 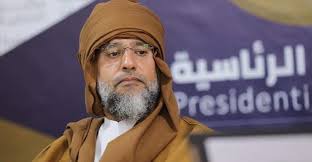 In July, Seif al-Islam revealed to The New York Times that he was contemplating a political comeback.

In a rare interview, he stated his desire to "restore the lost unity" of Libya.

"For ten years, I've been absent from Libya. You must return gently. a striptease You need to tinker with their thoughts "he said, as reported.

Seif al-Islam had not been seen or heard from since June 2014, when he appeared via video link from Zintan, west Libya, during his Tripoli court trial.

An authority in the east, not Tripoli, pardoned him after the court sentenced him to death in absentia.

The militia in Zintan declined to give him over to the Hauge-based ICC, and he was released in 2017.

In a statement, Wolfram Lacher, senior associate at the German Institute for International and Security Affairs, said:

The world's powers said Libya was at a "crossroads" that would shape its future.

A statement said they urged all Libyan stakeholders and candidates to hold free, fair, and inclusive elections on December 24, 2021.

Despite a year of relative peace between the eastern and western camps, the process has been overshadowed by legal disputes concerning the votes' legality and capabilities.

"The fact that Seif has submitted his candidacy may only contribute to the vulnerability of the electoral effort," said Jalel Harchaoui of the Global Initiative research tank.

A former aggressor, a man who perpetrated war crimes to grab power, and another known for his grotesque corruption will be up for election on December 24, according to Tarek Megerisi of the European Council on Foreign Relations.

To Seif al-Islam, Haftar, and Dbeibah.