8 Sings That A Marriage Won't Last

Everyone wants that once-in-a-lifetime love, but experience reveals that this is a rare occurrence in a harsh reality. Within the last 50 years, people in Europe have begun to divorce 2.5 times more frequently and marry 2 times less frequently. The good news is that foreseeing a divorce is possible, and scientific evidence supports it.

We wish for a world where there are more happy and robust families. That's why we looked at a lot of research and came up with the top eight divorce predictors identified by scientists.

The number of smiles in their childhood photos 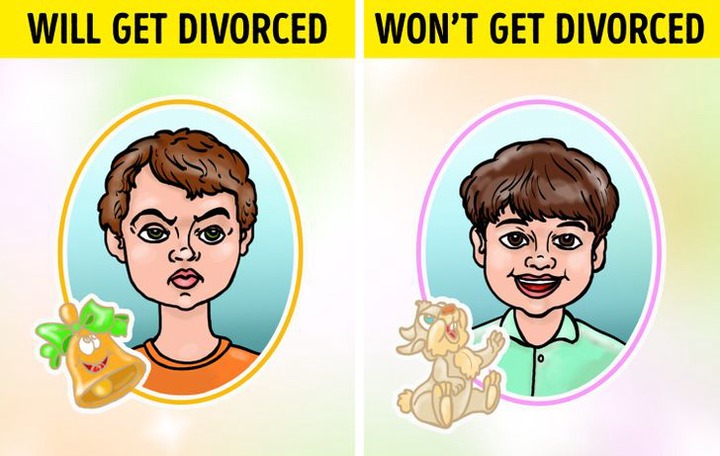 Psychologists performed a series of tests to see if it is possible to forecast divorce based on childhood and youthful images. In one study, scientists judged the intensity of smiles on a scale of 1 to 10 using images from a college yearbook. The test involved straining two muscles: one contracted the mouth, while the other caused wrinkles around the eyes.

There were no divorces among people whose smiles were rated a "10." Among the frowners, every fourth individual got divorced at the same time. In average, those who appear depressed in photographs are 5 times more likely to divorce than those who grin.

The emotional tone of their voice

Using merely the tone of the spouses' voices when communicating with each other, a computer program can predict the success of a marriage with a 79 percent accuracy. Scientists studied the discussions of over 100 couples who were visiting a psychotherapist, then followed their marital status for five years.

Intensity, pitch, "jitter," and "shimmer" can all be used to express strong emotions. “It is not just what you say that matters; it is also how you say it that matters. Our research shows that this is also true in a couple's relationship,” the researchers explain.

Colleagues of the opposite sex 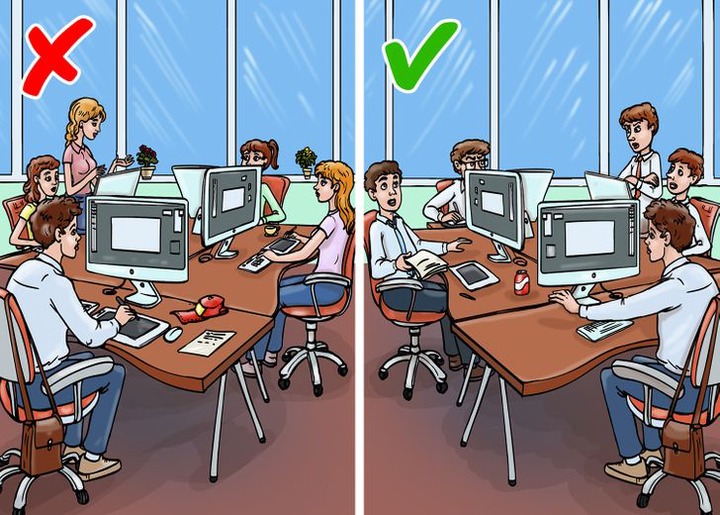 According to Danish studies, those who work mostly with people of the opposite sex are 15 percent more likely to divorce. When they investigated all of the couples who married in Denmark between 1981 and 2002, they were able to look at the issue on a bigger scale. They discovered that a million of them have previously divorced. 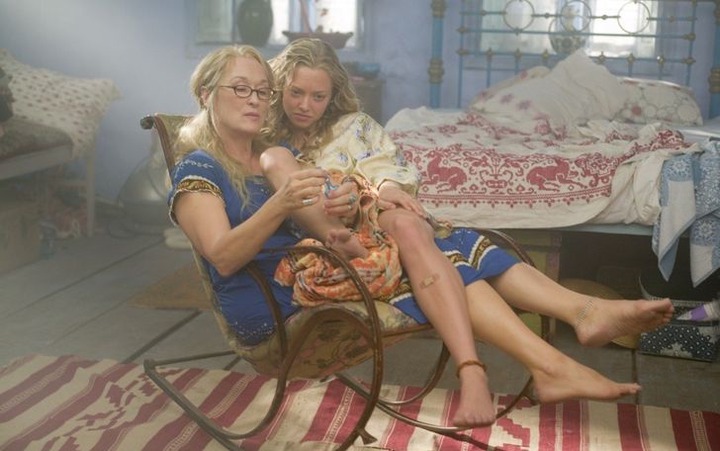 Women are more likely to file for divorce than men. Furthermore, research have shown that most couples model their conduct after that of their parents, particularly their mothers. Sociologists looked at the behavior of 7,000 people and discovered that when a mother entered a new relationship (whether it was marriage or merely cohabitation), their adult children acted similarly.

Disdain, victimhood, critics, and avoiding problems are four indicators of impending divorce, according to John Gottman. The "Four Horseman of the Apocalypse" may appear innocent at first glance, but in actuality, it is a very deadly behavioral technique. Imagine you're getting set for a heated dispute over a topic that's been bothering you for a long time, and your spouse abruptly withdraws from the discussion.

It may appear that spouses can keep the peace by doing so, but this is incorrect. Though disagreements and quarrels aren't the most pleasant aspects of communication, they do assist to cross all the t's. They are required to resolve the outstanding concerns.If one keeps ignoring these situations, more and more frustrations go unresolved.

A husband’s negative attitude toward his wife’s friends

Over the course of 16 years of marriage, scientists studied the relationships of 373 couples. By their 16th year of marriage, 46 percent of couples had divorced, and oftentimes, the husband's criticism of his wife's friends in the first year of their marriage foreshadowed a future breakup.

According to academics, this is owing to the fact that female-female friendships persist longer because of emotional connection and support, whereas male friendships are more commonly based on collaborative activity. As a result, it is easier for males to change their communication circle and more difficult for them to come to terms with their wife's acquaintances, whom they dislike.

It goes without saying that living in harsh circumstances is difficult. These families' relationships break down more frequently than families that are financially secure. It's confirmed by Bob Birrell, co-author of a research on financial consequences for parents following divorce.

"People believe the system operates in a punitive manner to remove money from men's pockets. The reality is that most separated and divorced men have such poor earnings that they contribute very little to the mother's and children's well-being.' 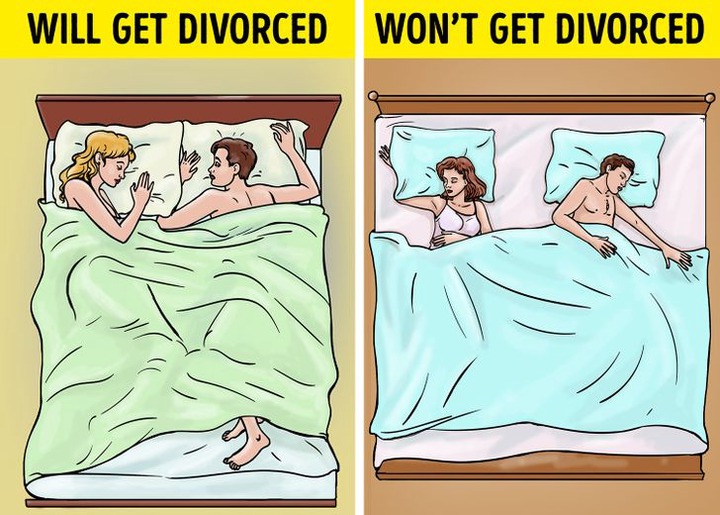 For their mental and physical health, excellent sleep, and a harmonious home environment, spouses should sleep apart or on a very broad bed. Scientists examining sleep disorders discovered that 30-40% of couples sleep in separate beds. That's actually a good thing, because poor sleep can lead to divorce. As a result, if you want to maintain your relationship healthy, make sure you get enough sleep.

What other factors do you believe can assist forecast or prevent a divorce?