A man found dead in a meter taxi vehicle with gunshots wounds. 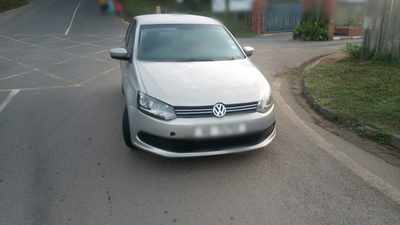 A VEHICLE where a man's body was found with gunshot wounds Photo: EMER-G-MED

Paramedics have been Confused after they've been called to check what was going on with a car that was parked in a middle of the road and found man dead in a passenger seat.

According to Emer-G-Med, their team and security guards from ET Rapid Response rushed to Tacoma Road in Amanzimtoti. They were called to a car that was reported to be in poor condition on the road, disrupting traffic.

"We arrived at the scene and found a VW parked in the middle of the road with someone inside," said Kyle van Reenen, a spokesman for the paramedics.

He said during a search, the occupant of the seat next to the driver was motionless, dead.

Bullet holes were seen in the side of the car, which also had a gunshot wound.

The motive for the shooting was unknown but police were called to the scene.

Video: Hundreds Of Zama Zamas Boys Are Out In Germiston, Check Out What They Are Doing

Beautiful rondavel house you may build for your small family