Rosemary says she's not a prisoner

By Molebogeng (self media writer) | 1 month ago 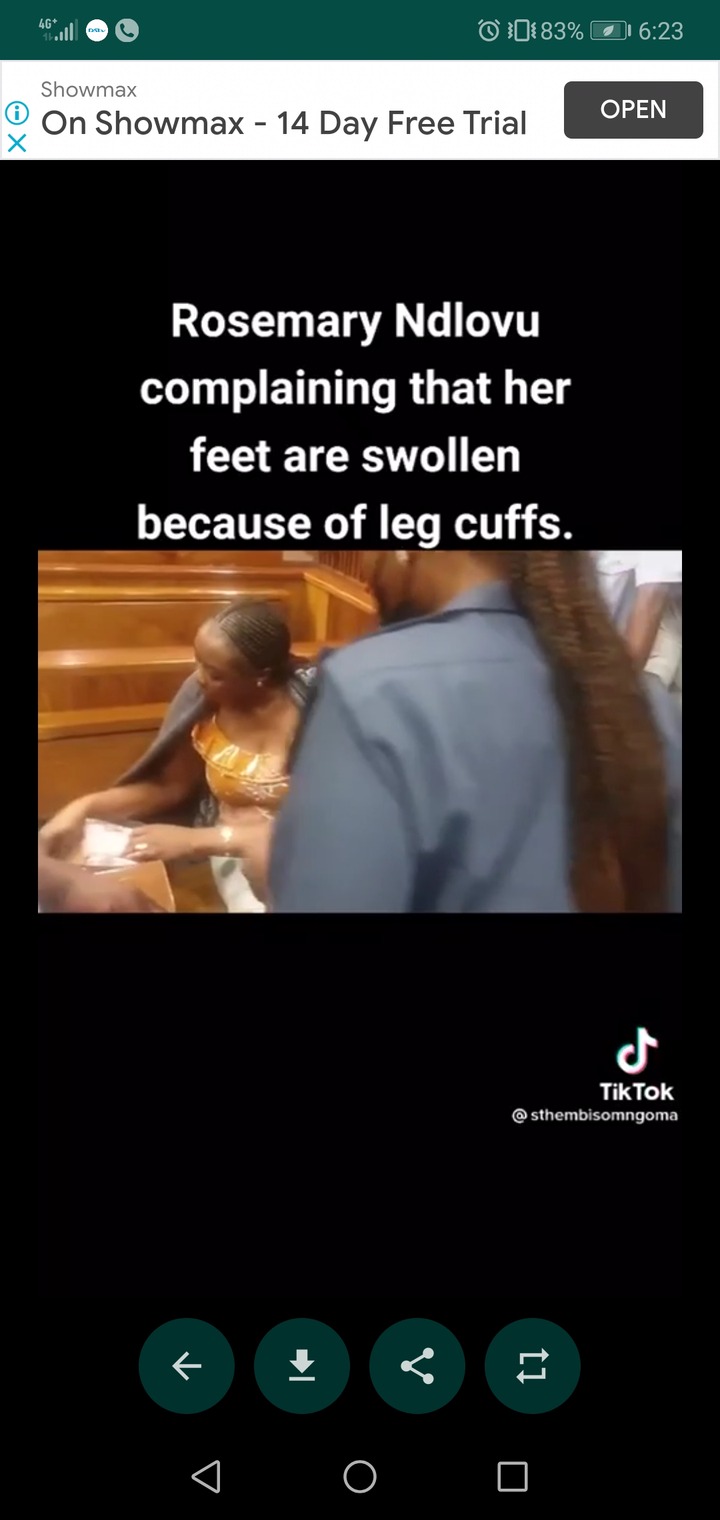 The accused constable was is currently in custody for murders of 6 loved ones using a hitman says she's not a prisoner, she's seen complaining in a video posted earlier today showing her "swollen" feet. She's saying the cuffs are painful and that caused her feet to be sowlen, she was complaining to the officer in court while seated down, she was seen bare footed, she took off her shoes.

Unfortunately no body is above the law, she has to be cuffed, Rosemary seems to have tricks but whose fault is it because she knows exactly what she's doing. She is coming up with all the excuses to delay the process, as a former constable she knows all the insights, it is going to be very difficult for her to abide and do as other accused people are supposed to do in court.

She earlier complained about pains, she also wore a blanket around her waist, she walked very slow as if she was in pain. Is that a trick she's playing or she's really in Pain? The police must get her a health care worker to examine her situation while in custody to confirm her actions.

Up to this point and time she hasn't agreed to anything. Her mother was seen testifying in court to back up the accusations. SA awaits her pleading after the interrogation. Eventhough the witness or victims are testifying against her, she might not plead guilty that easy, her actions and attitude towards this whole situation seems like she is denying all that she's been accused of.

She is definitely going to solidify her defense and prove to the public that she's a good servant, otherwise it is over for her, she will not be seen as a prominent person or any other servant of the state after this case, this is a person who was supposed to be protecting the public and making sure criminals and offenders are behind bars but as per the accusations she seem to have been doing the opposite since. 2012 all in the name of money, it is so sad how people have so much love for money to can even kill their loved ones and rob them off a life given by God.

Our country and government must stand against such behaviors, more especially by the public servants. Corruption must end, and justice must be served.

The province of Limpopo is very dissapoint Ed by Rosemary 's doings. She's been trending all over social media all day long. We hope that the hitman also comes ti the witness stand, as much as he was involved he must also testify to solidify the acused' s allegations.

They also need to be taken into custody so thst they do not get the chance to escape or come into the way if any evidence might be needed by the court of law. As much as hitmen also do this for money they also need to pay, there is no point in life that anyone can kill, they also broke the law and they must serve their time being bars too.

Content created and supplied by: Molebogeng (via Opera News )