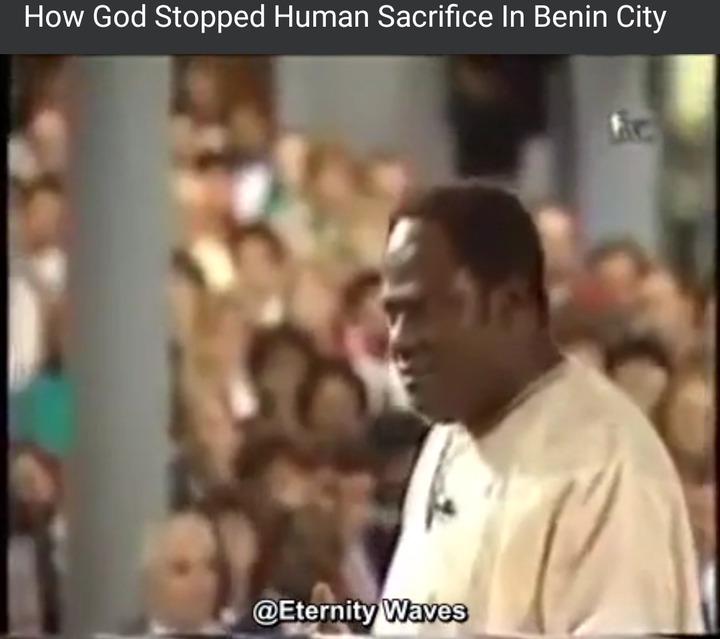 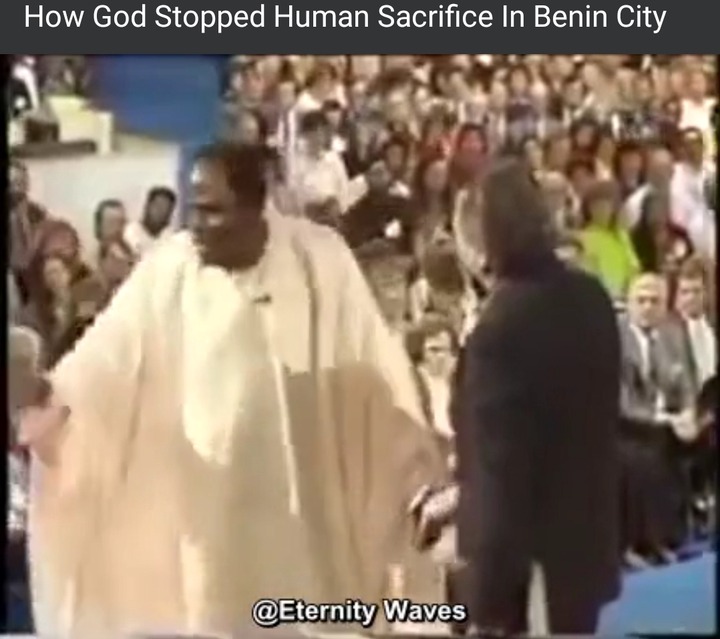 There is nobody who is in the body of Jesus Christ today, nobody who is a believer of Christ, nobody who knows the early Pentecostal movement and the later Charismatic Movement who claim that he has not heard about Archbishop Benson idahosa.

People have to understand that the servants of God are men first, before they become men of God, which means when they get home, their children will call them father, the wife will call them husband.

Now this man of God is explaining how God has used him to stop human sacrifices in Benin City. According to him, Benin City used to sacrifice humans some time ago, and the Lord spoke to him, saying "it is not the government that is going to stop this, but you.

You are going to do it, "I told the Lord that, but even my family is also involved in this! He said, "you start from your family! "I said to the lord, but they will kill me! The lord said, "not when you are hidden in God through Christ, whoever wants to kill you must pass Christ and God before they get to you!

He fasted for seven days and seven nights. Each day of the fast he will go in the centre of the city, and walk around the intersection praying. On the 4th the day he said, "he found all manner of sacrifices and the broken plates with his name on it on the same intersection where he was praying. Fear gripped him, but he remembered there is power in the name of Jesus. He kept on praying, on the seventh day the Lord said, "declare that the city of Benin now belongs to God! he did that, after he did that, he said the news came in a week time that, the chief of a witches in that same city died. Another week later, the chief of occultic groups died, then before people know it, the sacrifices of human beings were stopped with immediate effect. Even the government has taken over to make it a law that, such kind of sacrifices should be prohibited.

So that's how God has used him to stop human sacrifices in Benin city. What a powerful man of God Benson idahosa was. May the Lord raise more and more man of his calibre that the body of Jesus Christ may revive, thank you.