Felicity and Dineo team up to pay for Darren’s silence, but when he reveals his true colors, they back out – with shocking consequences. 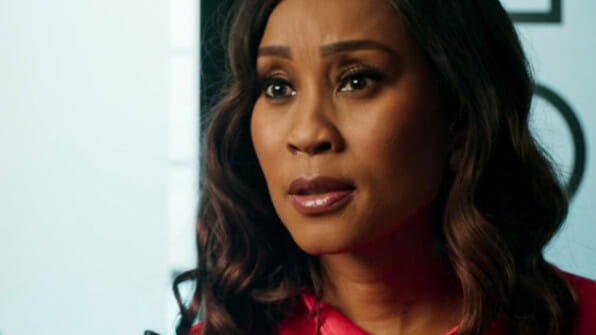 From confrontations to breakups, this week’s episodes of Legacy were certainly not lacking in drama. However, in a twist of events – leaving us all shocked – Darren walks on thin ice showing us how far he is willing to go for money.

While Darren always appeared to be a shady character, we didn’t realize how deeply flawed his character truly is until this week at Legacy Investments. In a twist of events, this week’s episodes of Legacy show how entitled Darren truly is. This all begins when Darren interrupts a tense private meeting between Felicity and Dineo, who are at loggerheads once again after Felicity confessed the full circumstances surrounding her father’s murder to Dineo.

When Darren enters the office where Felicity and Dineo are speaking, they request he leaves as they are having a private meeting. Darren smugly states that he is concerned for the pair as he knows how dangerous the result of Felicity and Dineo’s last private meeting was. He reveals that he knows exactly what happened when Felicity “fell” from the skyscraper and has pieced it all together, knowing that Felicity killed Sebastian.

Darren promises that he will not let anyone know about Price’s taste for murder if Dineo and Felicity agree to pay him hush money. However, with the cost of Darren’s silence being 10 million US dollars, this is shocking, even given the nature of the situation.

Felicity and Dineo try to get the hush money but with only 12 hours to get it to Darren, they struggle. Dineo informs Darren that the money might take a little longer to transfer due to bank regulations causing him to lose his temper and express his racist and sexist views.

Darren tries to play the victim and denounces his privilege as a white man in society, claiming that privilege no longer belongs to people like him but rather to Dineo due to her skin color and Felicity due to her money. Dineo, hearing his sentiments and shocked at his entitlement, cancels the transaction, leading to Darren calling the police. Panicked, Felicity hits Darren on the head with her crutch, sending him to the floor.

When they retrieve Darren’s phone they discover that he was bluffing about calling the police. Darren then rises from the floor, pulling out a gun and threatening Felicity and Dineo’s lives if they do not complete the transfer. A fight starts between the three, and we hear a single shot fired. As we hear Felicity scream Dineo’s name, we see Dineo with blood on her abdomen. The episode ends and we are left wondering who shot who and who will rise after the fateful gunshot.

LEVELS: See 4 Major Roles That Nay Maps Has Bagged So Far This Year