By Therichman (self media writer) | 25 days ago 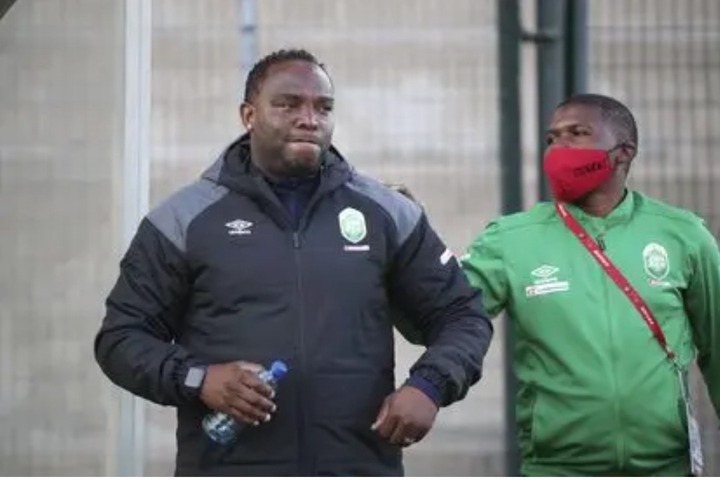 Benni McCarthy, the coach of the Amazulu, has taken a philosophical attitude to his team's loss of three points due to a poor refereeing judgment.

Usuthu was forced to accept a point from a game they dominated after Keagan Dolly converted a controversially awarded penalty kick.

Late in stoppage time, Kaizer Chiefs midfielder Lebogang Manyama seemed to handle the ball just outside the area before his cross was deflected off Mbongeni Gumede's shoulder. The International Football Association Board (IFAB) has defined the line between the shoulder and the arm as "the bottom of the armpit" in a new interpretation of the regulation on handball.

To penalize a player for handball, match officials must have clear evidence that the ball struck the player's arm below the armpit and in the red zone shown below.

McCarthy says his team will have to accept the judgment and go on, but he laments the game's squandered opportunities.

“That's football for you,” says the narrator. You have to play till the end, and we didn't, so we only got one point,” Benni McCarthy said on SuperSport TV.

“My troops performed exactly what they were supposed to do. Complete control over the game. Every scenario was under my control.

The Chiefs were forced to revert to long balls and crosses. We attempt to get in behind their midfield with our mobility and then exploit the speed of Maduna, Memela, Ceesay, and Ntuli.

“It gave us some joy, and I believe Memela had another chance after we went up 1-0. If you don't take advantage of these opportunities, you'll always leave yourself vulnerable, like we did at the last minute.

“We're facing a penalty. I'll make one point. Not quite what we had hoped for. The Kaizer Chiefs are a huge team with big players who play to the end.

“We'll have to make do with one point. We'll continue on. We are about to enter the international break. Allow the players some time to recover before focusing on our upcoming CAF Champions League match.

“When you're up against good competition, you have to step up your game. We needed to step up our game. That is exactly what we did. But, sadly, it was not meant to be. The referee, on the other hand, had different intentions. Acceptance is a must. You won't always agree with every decision. We'll have to take it in stride.”