By LisaLoot (self media writer) | 17 days ago

It was a funeral to forget after three people died due to food poisoning. This has angered the community and the family is now living in fear.

Among those that died include a priest. The Kagiso family had six of their members hospitalised after the funeral.

A family member, Lucky Motaung, said the community had been coming to their house to complain about the sickness that the funeral food had caused.

He said he could count at least 40 people who he knew of who were hospitalised after eating the food. 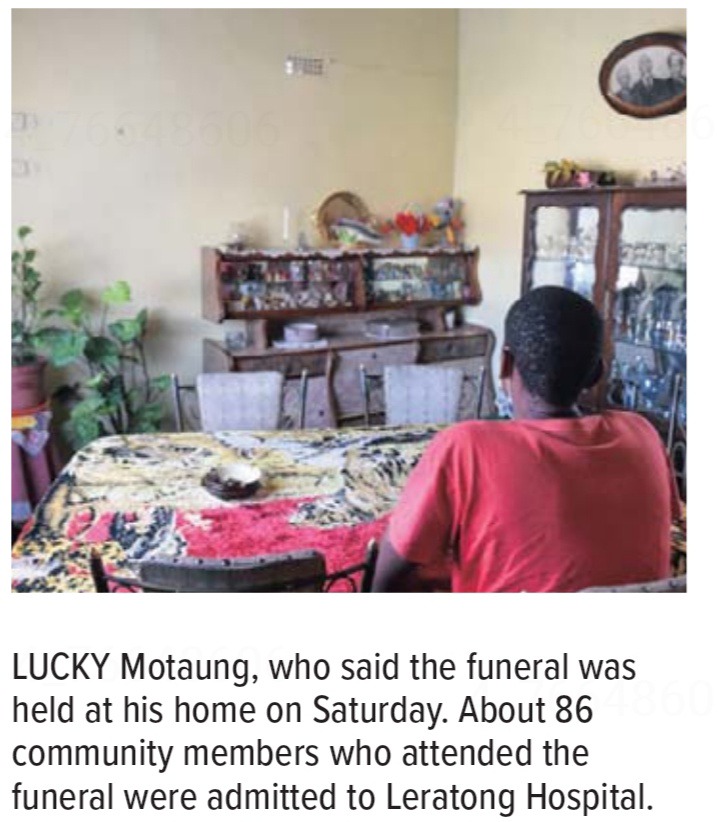 Motaung said the family would like to assure the community they did not know the food would make people sick.

“We want them to know we are still trying to find out what happened. This has not been easy for us. We could not even mourn properly because we are dealing with people who got sick after the funeral,“Motaung said.

He said health inspectors had visited the home to investigate what had gone wrong with the food. The inspectors found the food was not properly preserved. But Motaung thinks that is not the reason people became ill.

He said there was food such as beef stew, chicken, beef bones, samp and sour porridge. He said all the food was cooked outside African style except the chicken, which was cooked inside the house.

The funeral was for Motaung’s aunt, who was popular in the community because of being an athlete. She died at the age of 81. It is estimated there were 100 people at the funeral. 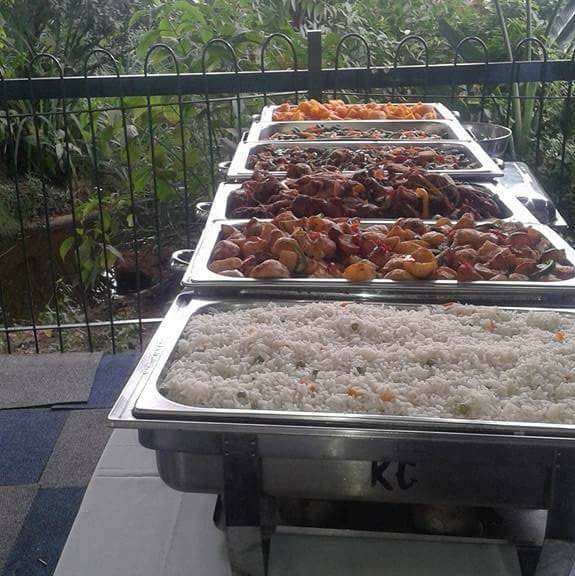 According to Motaung, the family were still trying to find out where the food was bought. He said a relative was responsible for buying the food the day before the funeral.

“She still has to show us the shop where she bought the food because we do not have the receipts for the food. The food came in bulk and she was responsible for that,” Motaung said, adding that he also ate the food but did not become sick.

He continued to have the same food on Monday.

However, he ruled out the possibility of the food being poisoned. He said if someone had intentionally poisoned the food, most people would have not survived.

The Star visited the Leratong Hospital where some of the people who were at the funeral had been admitted.

Some of them did not know each other but could remember each other from the funeral.

Doris Mosia, 62, was being discharged when she spoke to The Star. She said she started having diarrhoea on Saturday night after coming back from the funeral.

Mosia said this was not just normal diarrhoea, this time she could not even get to the toilet without messing herself.

She said drinking water did not make it better, instead it made it worse. She had to call her sister who lives in a different township to come and help her.

A pastor described the situation as a disaster. 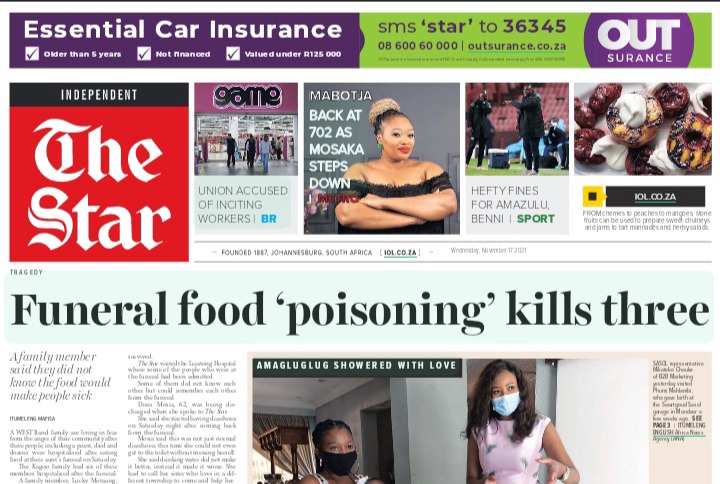