By Amantlemahle | self meida writer
Published 1 days ago - 1 views 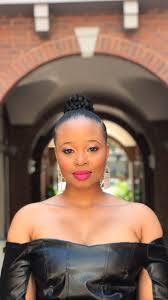 Usually any actor who faces the camera must be confident enough to deliver his lines without any intimidation or panic, but for Tango Ncetezo this was a significant challenge. Even though she was willing to pursue a career in performing, her kind of person would not let her and understanding this. Her parents even doubted her chance of succeeding in that field.

But today, the reverse is the case. You will almost instantly doubt the fact that a naturally shy Tango is the same outspoken person you watch on TV.

Since Tango started acting she has featured in different South African productions and some of which include A Place Called Home, Mthunzi.com, Bone of my Bones, Zabalaza, and Soul City to name a few.

The Johannesburg born Tango Ncetezo was raised in the East Rand by her grandparents Josephine and Jacob Masegome after her parents left for the America to further their studies. Tango is a graduate of South Africa's most prestigious film and drama school known as AFDA.

But then, it was almost unbelievable that she could end up in acting because of her anti-social, soft-spoken and quite lifestyle. In fact, her willingness to study film in school was counted as a craze when she discussed the plan with her parents because of the kind of person that she was. Before she decided to take a course from AFDA, recalling her early days in life, it took Tango so much time to figure out what she wanted to do with her life.

Because of this dilemma, at the time she was matriculating from school, she confessed that she felt that she was not taking her life seriously and this took the next one year of her life to figure things out. Since she had no plan of what to do yet, a friend of hers came around and told her about AFDA's film directing and live performance course which she decided to give a shot. But after she graduated from AFDA, Tango still had to stay at home for close to a year without a job. Efforts to get a job after going to auditions became futile because of her low self confidence.

Eventually, it dawned on her that there was the need for her to be equivocal at auditions and at the same time open up to deliver her lines with confidence and that marked a turning point for her. Afterwards, luckily she landed her first job in a hospital drama on SABC, known as Jozi-H.

Tango was born on the 21 of December 1984, this makes her to be 36-years-old currently. She did not have the privilege of spending all of her childhood days with her parents because of the need for both parents Pinky and Mbulelo to travel to America and pursue their studies in psychology.

It left her with the only option of staying with her grandparents, uncles and aunts while she was only two years old. However, this did not deprive her childhood enjoyments as it was full of laughter, warm love and lots of protection.

Just as we have some other celebrities and famous people who prefer to keep their personal and love life private, the same is for Tango. So, at the moment there is no information available to the public. 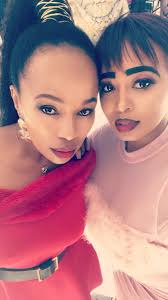