A screensaver on Ramaphosa's iPad has gone viral, Find out what was seen on the screen.

By SecretiveTrendz (self media writer) | 13 days ago

The final portion of the State Capture report was delivered to President Cyril Ramaphosa on Wednesday. Eventually, the long-delayed ceremony took place at the Union Buildings. 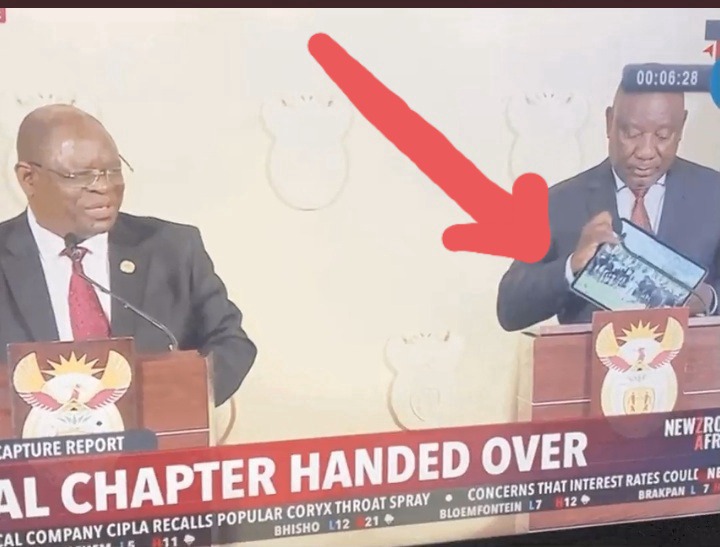 When President Cyril Ramaphosa was going to receive the report, he flashed his iPad, and the people of Mzansi couldn't help but take notice to what was on the Screensaver. Here's a photo of Ankoles! The apparent adoration Ramaphosa has for his animals extends to using them as a screensaver. Typically, the images we choose to display on the displays of our phones and other electronic devices are ones that are very close to our hearts. The President of the United States has a serious crush on one of his Ankoles. We can't say that we blame him; those animals are responsible for his current wealth of $1 billion. What's not to like about Ankole if he can sell them in a single day for more than R4 million? Patrice Motsepe bought four female Ankole cows from Ramaphisa for a total of R4,7 million last year. The priciest one set him back R2.1 million. 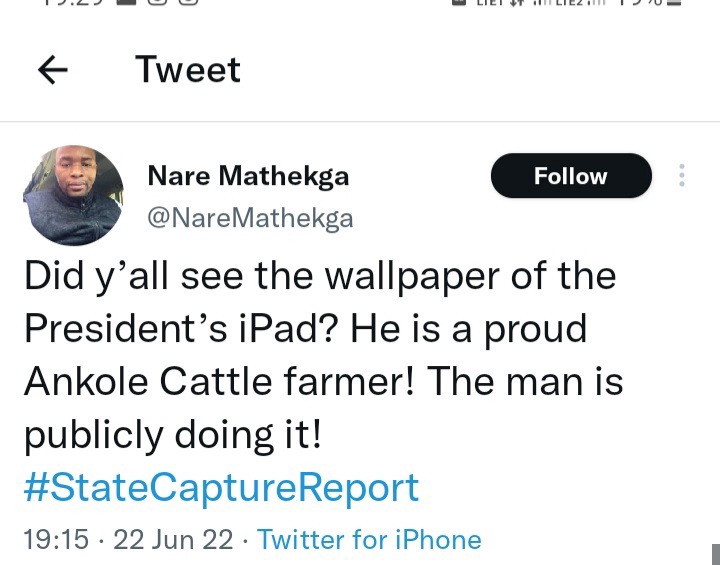 @KabeloD So now Cyril Ramaphosa is flaunting his farm in front of the cameras on his iPad, making the 'Mgodoyi' gang green with jealousy.

When it comes to criticism, @slindileSli Ramaphosa doesn't give a hoot. He even showed his beloved Ankoles to the world by flashing his screen. Say whatever it is you want to say. 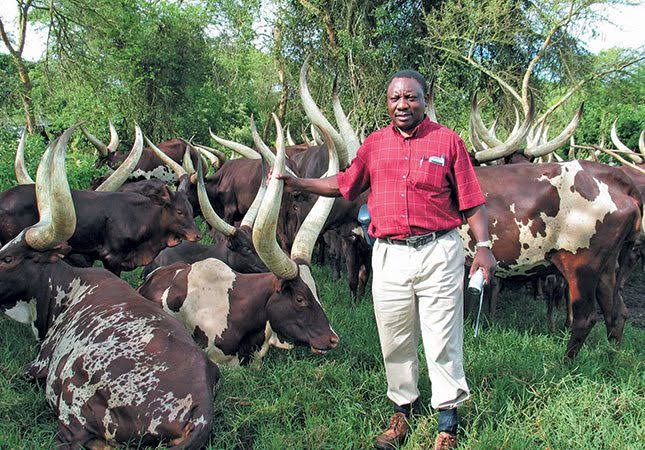 Cyril Ramaphosa's position as President of South Africa appears to be a secondary role to his role as President of the Ankole Association. There is no way he'll let anything come between him and his cows. Back in 2004, when he met with Uganda's then-president Yoweri Museveni, Ramaphosa began his venture into Ankole breeding. In order to comply with the Department of Agriculture, Forestry, and Fisheries' disease control regulations, Ramaphosa imported 43 Ankole cows from Museveni using artificial insemination technology and embryo quarantine procedures. Because of it, he has moved forward without looking back. 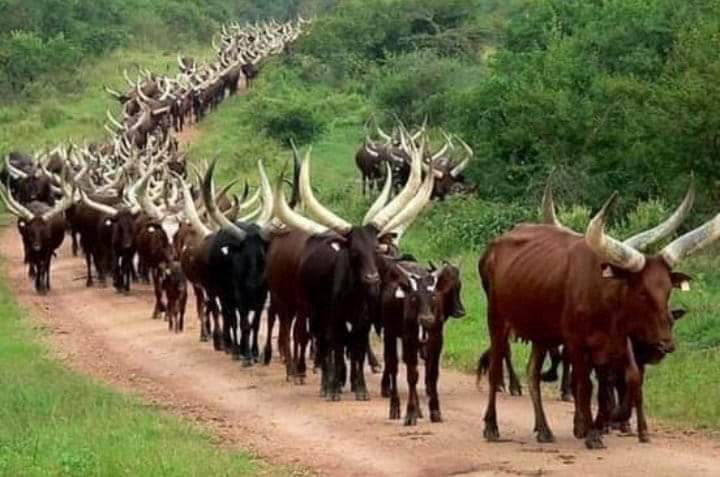 When Chief Justice Raymond Zondo delivered the commission's final report to President Cyril Ramaphosa, he was visibly moved as he explained that the investigation into state capture could not possibly address every charge since it would take a decade. When questioned about his time as commission head, he was asked if he has any regrets. Looking back on his life, Zondo claims it is difficult to identify any poor choices he made. He promises the same course of action. In a statement, Zondo stated, "I have no regrets."

Look what Ramaphosa was caught doing during the mass funeral of 21 teens. Video went viral.

President went to the funeral of Enyobeni children, check what he was caught doing.

By end of September architects of state capture will be arrested - NPA, Hawks promise