By Erapoetblog (self media writer) | 17 days ago

The embattled former minister of health's involvement in corruption scandals has been unravelled. The ex-minister, Zweli Mkhize who resigned over corruption scandals in digital vibes is enmeshed in yet in another scandal. Mkhize resigned from the department after reports indicated his involvement in an R150 million tender irregularly awarded to the Digital Vibes communications company. Furthermore, investigations into the dealings of the former minister shows that he approved budgets amounting to approximately R 132 million respecting the NHI — and Covid-19 media campaigns. Some of these revelations were unknown at the time as Zweli Mkhize was in office. It was multiple corruption scandals that forced the minister to resign following heats and attacks from media and stakeholders. The irregularities in awarding contract and tenders show loopholes in the ex-minister's dealings while in office. 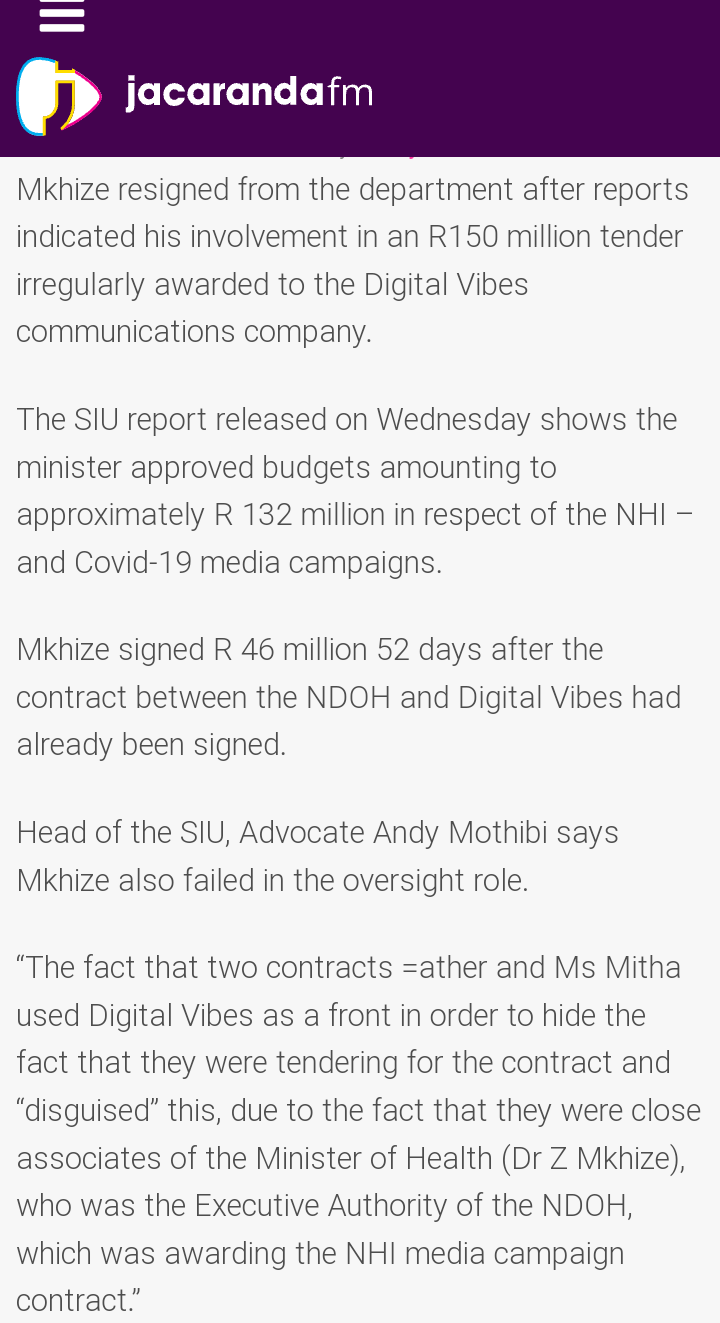 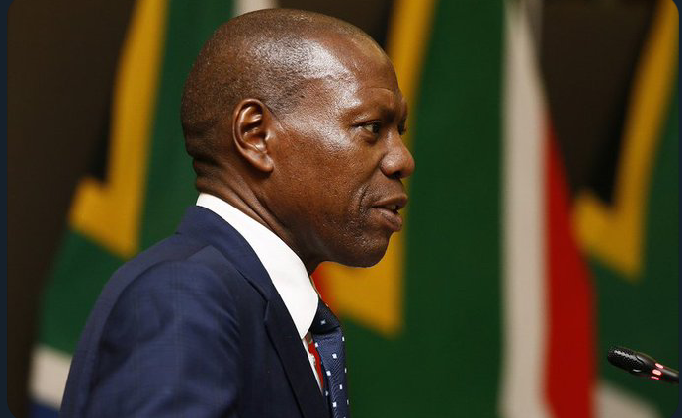 According to reports, the massive corruption under Zweli Mkhize was prompted by the coronavirus pandemic emergency. The ministry needed to prepare well to handle the pandemic and halt the spread of the virus. However, it also provided loopholes for irregularities in awarding tenders. Independent reports show that Zweli Mkhize's close allies and even family members benefitted massively from his “questionable generosity” in awarding tenders. All these culminated in the recent reports by Afro barometer that the massive corruption that took place and is still taking place under president Cyril Ramaphosa's administration by far has exceeded the corruption under the former administrations. The most annoying aspect is that despite claims by the presidency that they are vigorously fighting corruption and embezzlement, South Africans are yet to see one offender being sent behind bars for corruption and embezzlement. It is no longer a hidden matter that Several people do not believe in the so-called anti-corruption fight of this government. 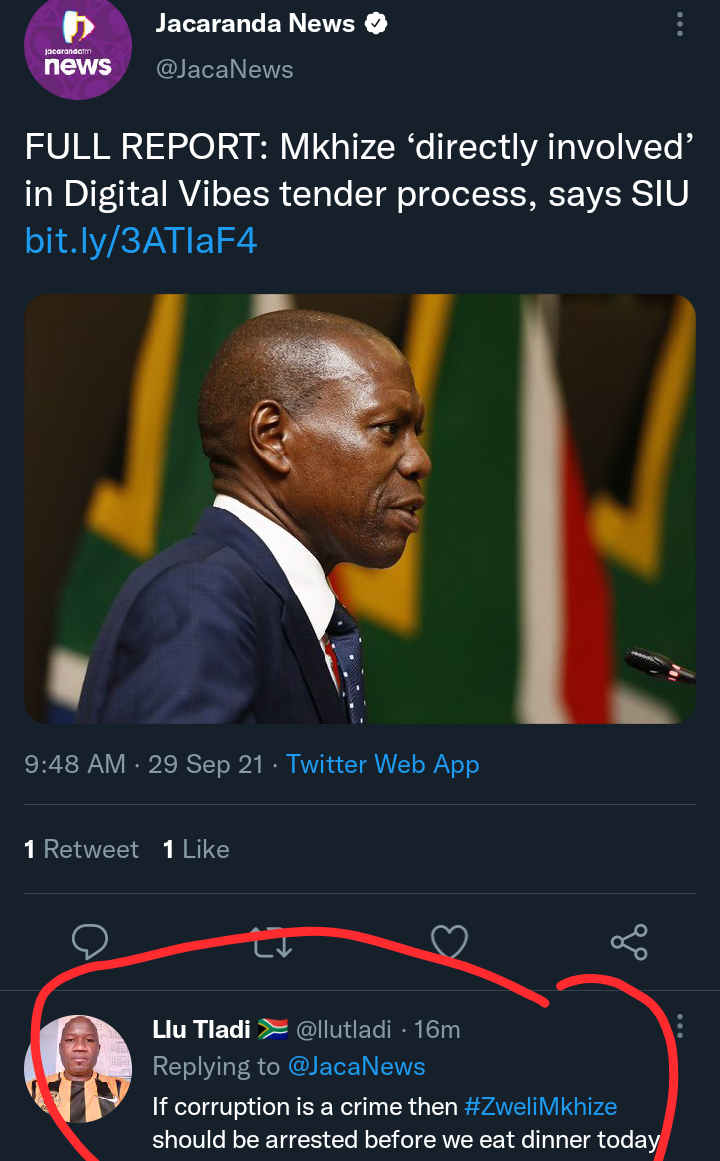 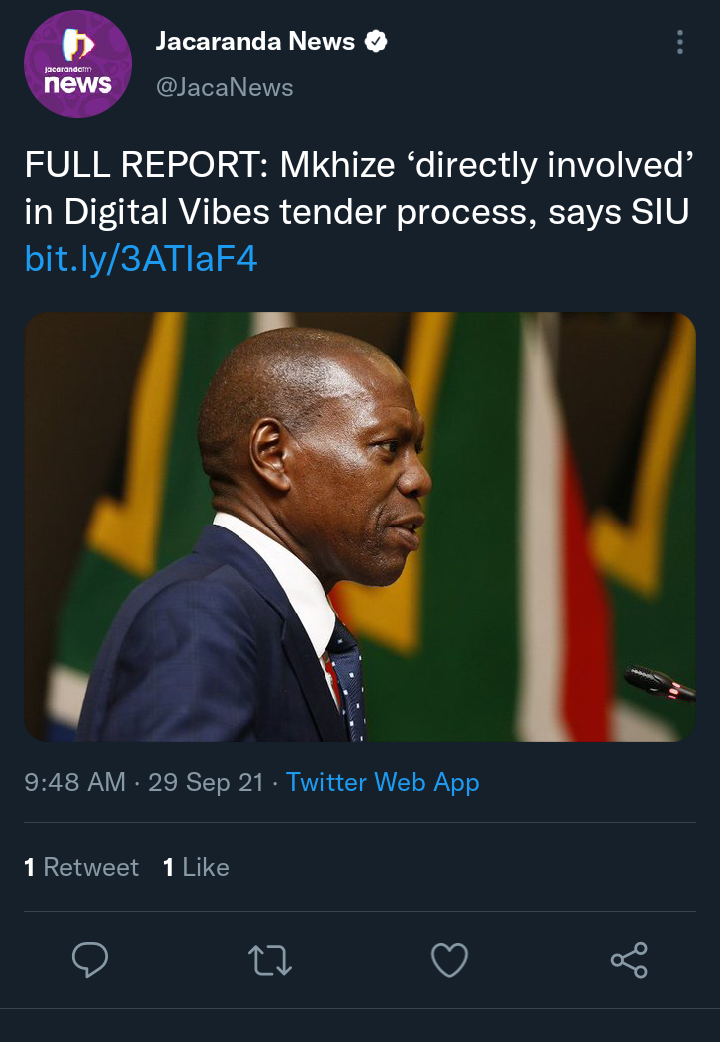 According to the investigation team, “Mkhize signed R 46 million 52 days after the contract between the NDOH and Digital Vibes had already been signed.

Head of the SIU, Advocate Andy Mothibi says Mkhize also failed in the oversight role”. Many Twitter users who are reacting to this recent revelation said that Mkhize should be arrested if the anti-corruption wars of the president must be taken seriously. A man on Twitter stated, “If corruption is a crime, then Zweli Mkhize should be arrested before we eat dinner today”. They believe only RET members are being charged for corruption.