The whole South Africa was expected to really behind Orlando Pirates on Friday night whn they took on Moroccan giants RS Berkane in the CAF Confederations Cup final which was played in Uyo in Nigeria, it was one of the moment that would have taken the country and put it in great height had they managed to win the trophy, but despite playing an attacking football, they created count less chances which they did not convert, they ended up losing the game in penalties after their most trusted star Thembinkosi Lorch got his penalty saved, that was the moment that decided who wins the trophy. 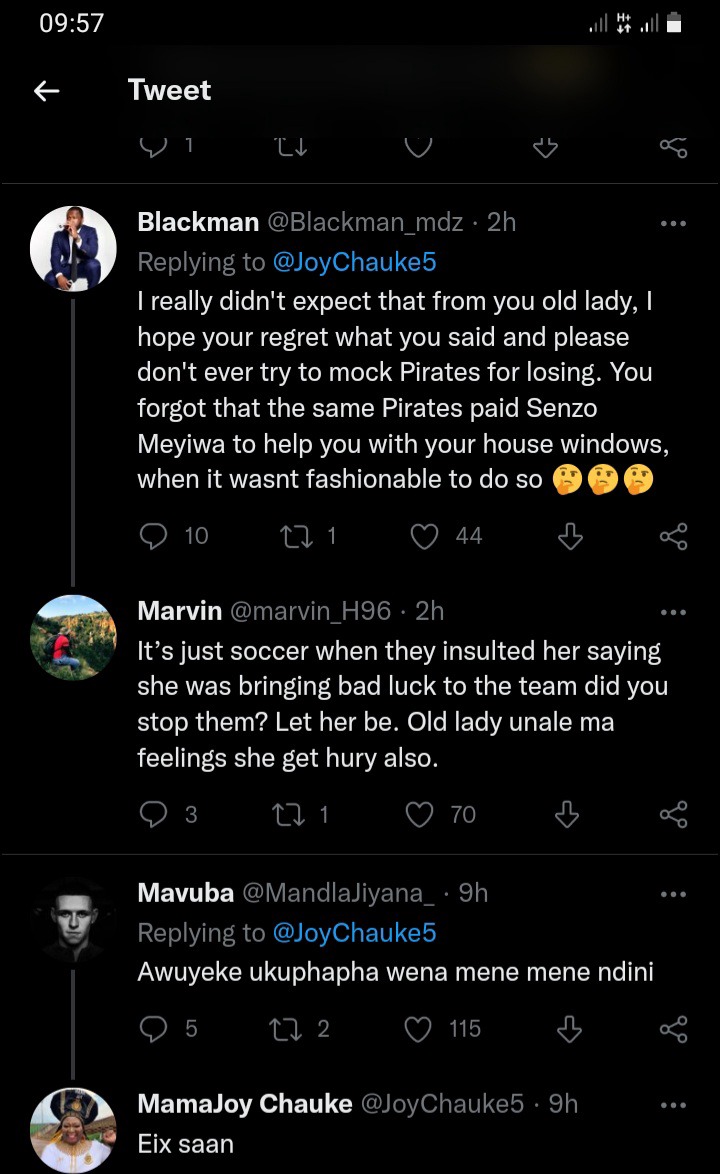 Former Pirates number one fan Mama Joy Chauke took to her Twitter handle to celebrate the Buccaneers' failure to bring home the top home, she literally trolled on Lorch's penalty miss and she seem to have enjoyed every second of it, her Twitter post clearly dipicts how excited she is to see Pirates failing to win the continental trophy, but the fans have retaliated and gave her some words to think about. 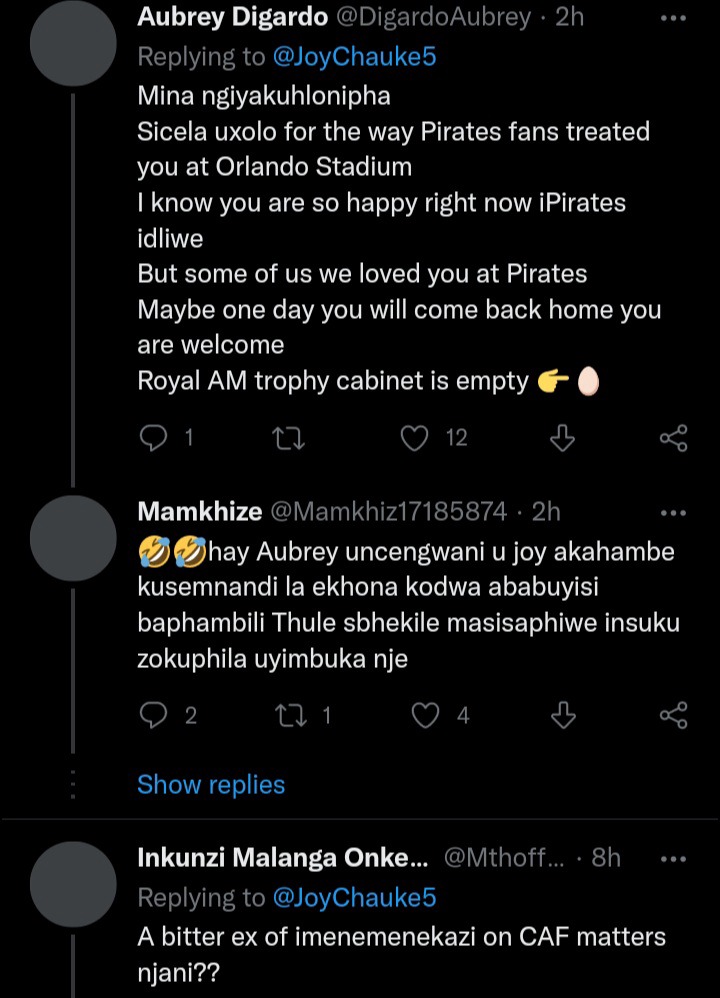 Just after the game, the Royal AM support posted her picture when she was on a call and made it look like she was taking to someone who was informing her that Pirates ahad lost and Lorch missed a penalty once again.

"What is the score? Who won the final? I heard Lorch u hupe penalty futhi (missed a penalty again)," she wrote. 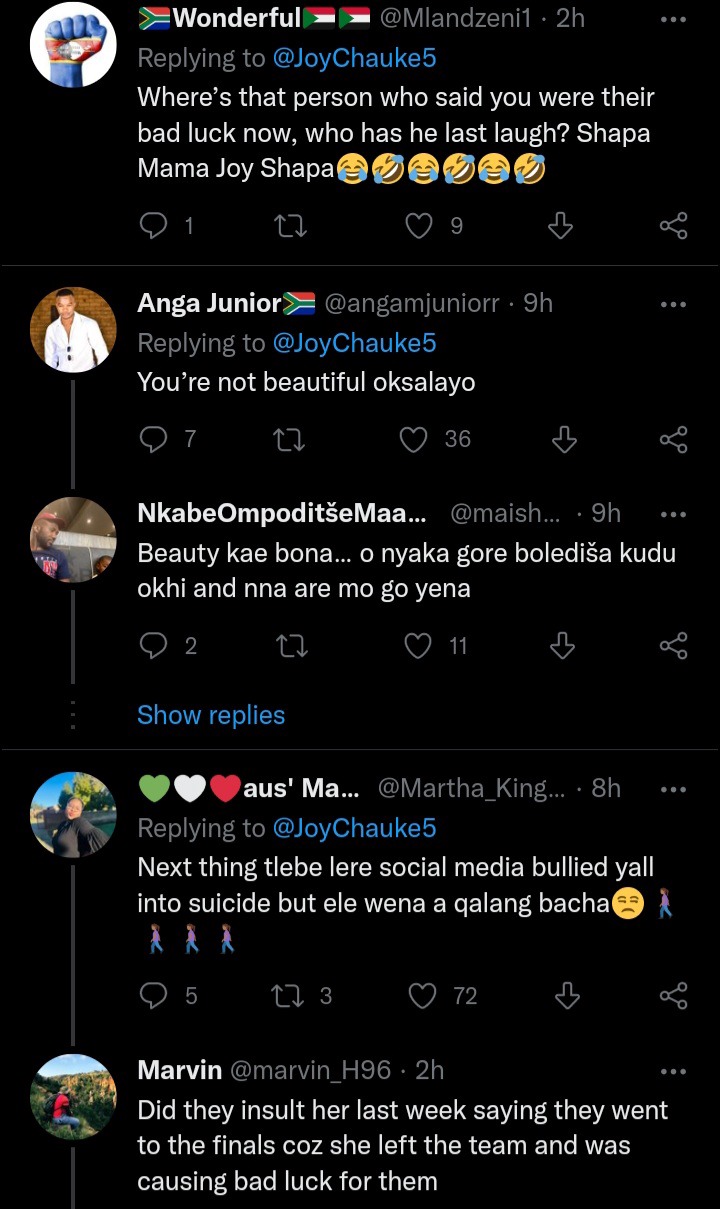 When some of the fans are supporting Chauke for her trolling on her former team, some saw what she did as something she was not suppose to have done, one Twitter user Black man replied to Joy's Tweet and reprimanded her saying her has so much respect for her and also reminder her how Pirates helped her build her house through the late Senzo Meyiwa. 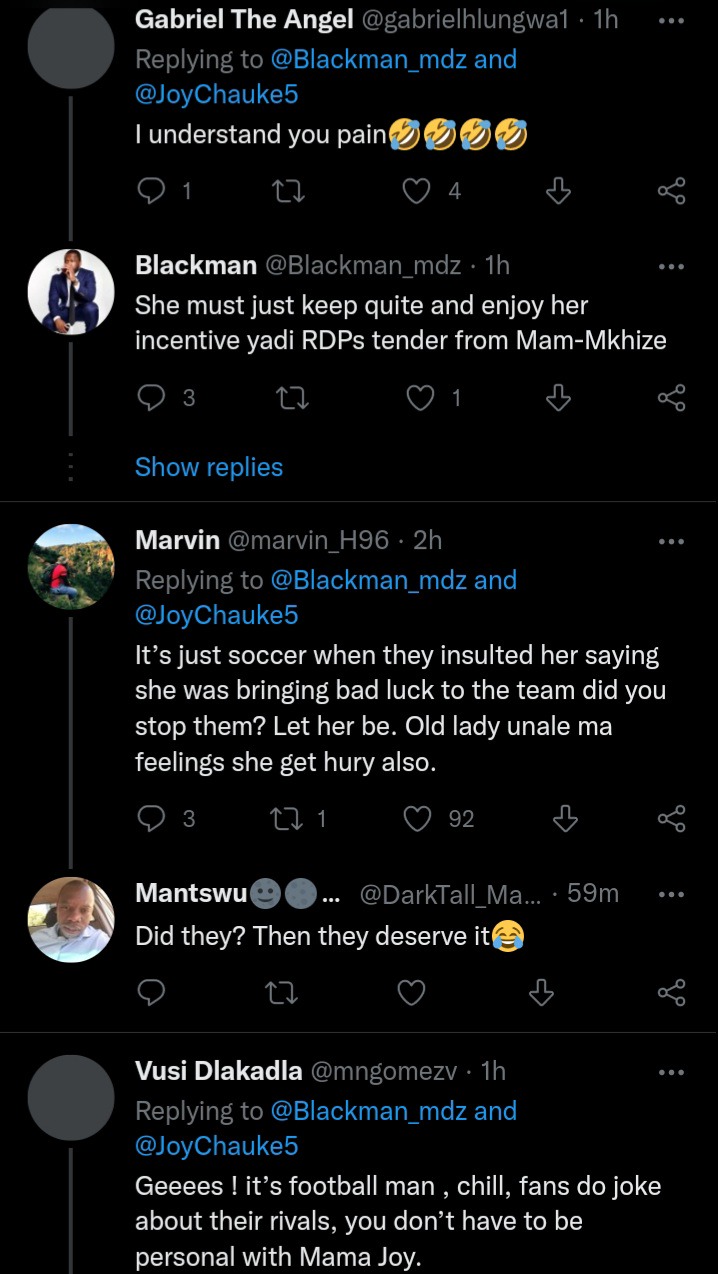 "I really didn't expect that from you old lady, I hope your regret what you said and please don't ever try to mock Pirates for losing. You forgot that the same Pirates paid Senzo Meyiwa to help you with your house windows, when it wasn't fashionable to do so 🤔🤔🤔," he write. 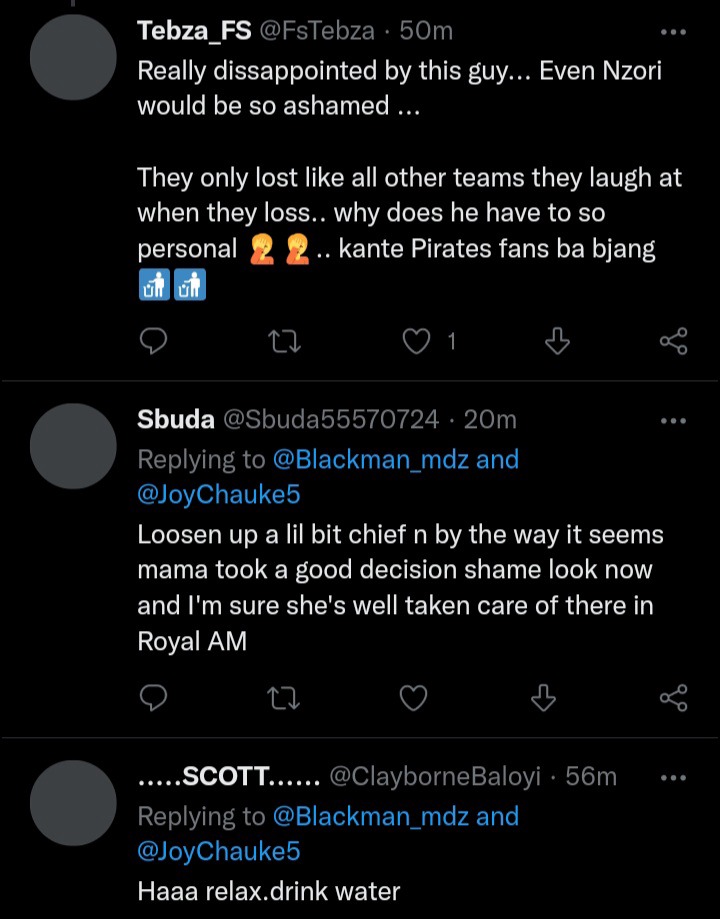 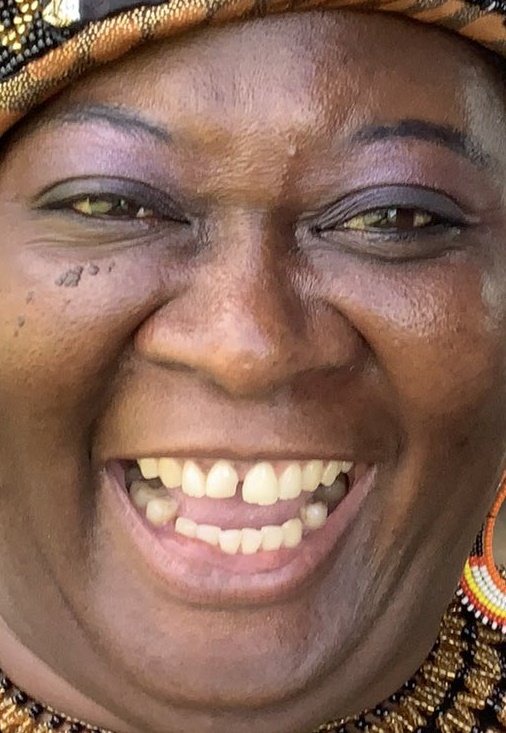 2022-23 Big Things Are Coming at Chiefs, We Have Identified Our Weaknesses