Cash in transit robberies have become something which the nation has become accustomed to. On each and every day, there are reports of cash vans getting robbed and at times the heists are carried out with aggravating circumstances. 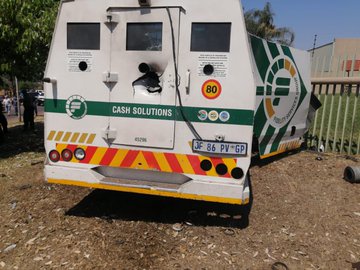 The criminals will only be after the money which will be transported as they ruthlessly wipe away any obstacle that may be found on their way. So many theories have been brought forward to explain the sharp increase in cash in transit robberies.

Some claim that high levels of unemployment which means the masses are going through economic hardships have led to the high number of robberies. Others suggest that the high number of illegal firearms which are in the hands of criminals aided with a fragile security system have made cash in transit teams an easy prey for criminals who wish to become millionaires overnight. 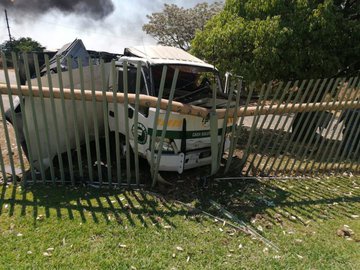 On Sunday the 26th of September 2021, the case was no different as two vans got robbed simultaneously in the Gauteng Province. The vans were reported by Yusuf Abramjee to have been bombed in Silverton.

On both vans, cash was reportedly stolen and one guard was said to have been injured in the attack. 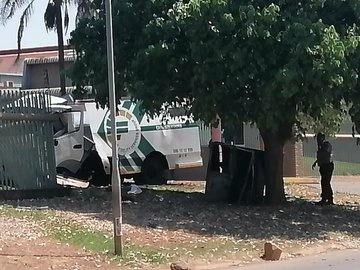 Law enforcement agents were left looking for answers as the robbers seem to have upped their tempo. No arrests had been made at the time of going to print. 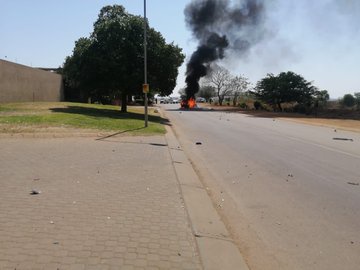 As we approach the festive season, cases of robberies increase and it is widely believed that these robbers are family men who will be looking for money to spoil their families with. December is a time when most people shower their loved ones with gifts and goodies. 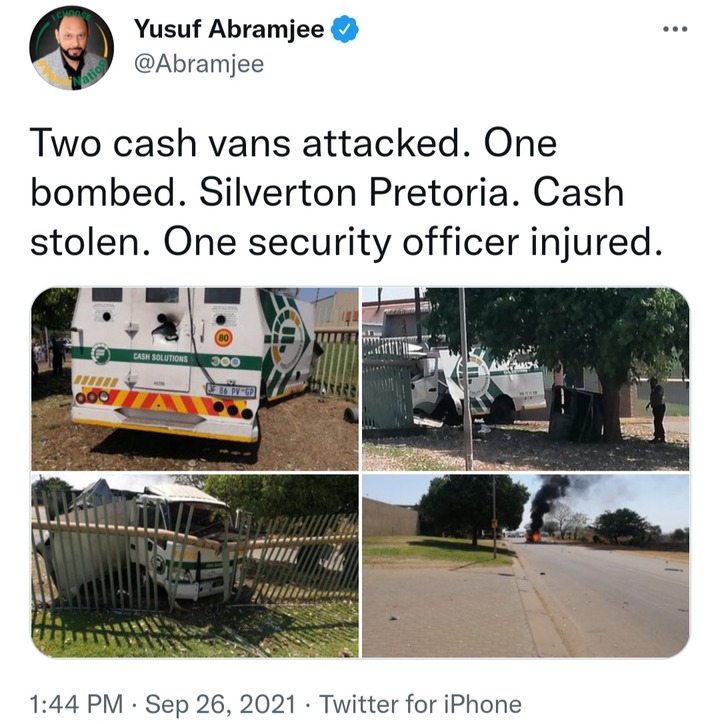 With employment opportunities drying up in South Africa, some have taken up robbery as a career as it is proving to be indeed lucrative. In some townships, these robbers are seen as role models as they will be on the rich list.

In the end, they will motivate the youth to engage in similar crime and that means the cycle of crime in South Africa may be an unending one.