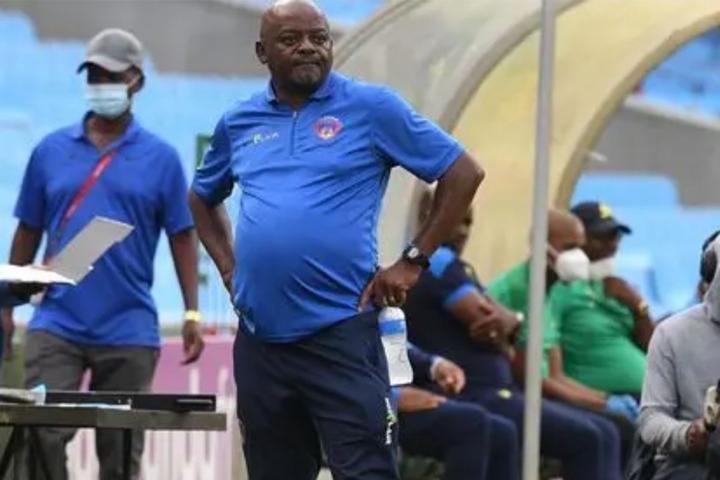 Dan Malesela is allegedly in talks to join the Orlando Pirates' coaching staff, with some believing that he could eventually take over as the team's general manager.

The former Chippa United and TS Galaxy coach is out of employment and eager to return to coaching.

Malesela could be assigned to the technical team under current caretakers Mandla Ncikazi and Fadlu Davids, according to reports.

Ncikazi quit his role as the head coach of Golden Arrows to join the Orlando Pirates, and there's a big chance he'll be the one to take over, especially if the Sea Robbers keep up their current record.

Malesela is a former Orlando Pirates midfielder, but his PSL coaching experience is limited to three stints with Chippa United and a stint with the Rockets. He did, however, win the Nedbank Cup with TS Galaxy, orchestrating a 1-0 final victory over Kaizer Chiefs that further endeared him to Orlando Pirates fans.

According to Soccer Laduma, Malesela's reps are reported to have pitched the experienced coach to Orlando Pirates.

“After a long layoff, Dan Malesela is eager to get back into teaching. He is up for any challenge that comes his way, and he would like to join a stable club that is serious about winning in his new position. According to the source, this is why the coach was recently offered to the Pirates.

“The coach believes he is ready to take over as head coach of a major team like Pirates. This is the same coach who won the Nedbank Cup with TS Galaxy (in 2019) while the club was still in the NFD (now GladAfrica Championship) after beating Kaizer Chiefs in the final.

The club (Pirates) does not appear to be interested in adding to their technical team at the present, so the coach will have to go elsewhere,” the insider stated.